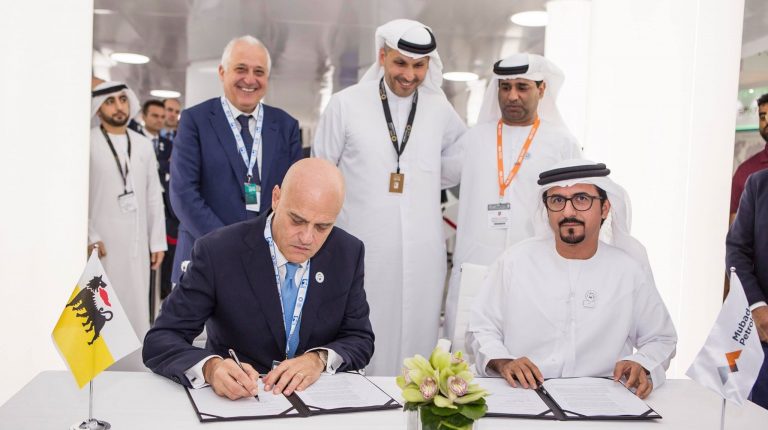 Italy’s energy giant Eni has agreed to sell 20% participating interest of its Noor gas field to Mubadala Petroleum, according to the company’s announcement on Monday.

Noor gas field is located in the North Sinai offshore concession. Eni holds an 85% stake in the concession alongside Tharwa Petroleum Company, which holds 15%.

In August, Eni signed $105m agreement with Egypt’s ministry of petroleum, under which Eni will drill two exploratory wells in the 739 sqm field during  the second half of 2018.

The agreement was signed between the CEO of Petroleum and Petrochemicals, Mubadala Investment Company, and Chairperson of Mubadala Petroleum, Musabbeh Al Kaabi, and the CEO of Eni, Claudio Descalzi.

Mubadala Petroleum is the oil and gas arm of Mubadala Investment Company, which is owned by the government of Abu Dhabi. In June, the company bought 10% stake in Eni’s Zohr gas field.

“This transaction strengthens our partnership after the successful relationship in Zohr, and confirms Mubadala Petroleum’s trust in Eni’s robustness as an operator, both in projects’ development and exploration activities,” Descalzi said.

Moreover, Al Kaabi explained that this investment enables Mubadala Petroleum to further expand their position in Egypt, while deepening our strategic partnership with Eni.

According to the statement the agreement is still awaiting the approval of the Egyptian authorities.