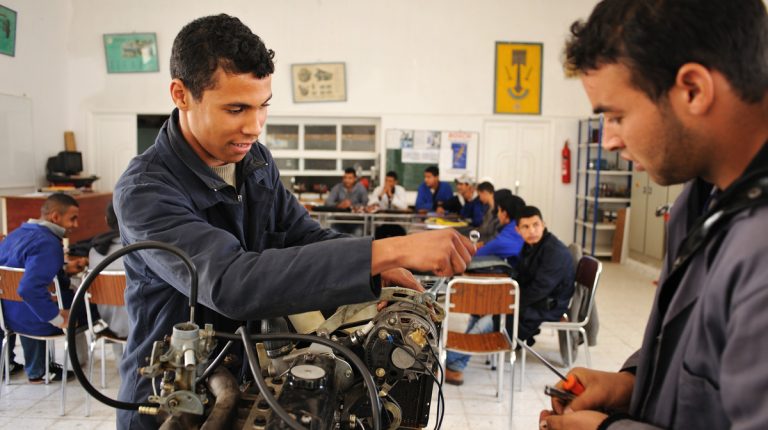 Egypt’s Minister of Education, Tarek Shawky, said that his ministry will implement new reforms on vocational education during the next year 2019, adding that the future reforms will be massive and aim to support the Egyptian economy.

“We are working now on the vocational educational reforms which will encourage our youth to get involved in many related works,” noted the minister over his inaugural speech at the event ,which was organised by the World Bank (WB) for the launch of the MENA Education Flagship Report.

The minister indicated that WB’s choice of Egypt as a location from which to launch its report from is an important indicator, as Egypt’s educational operation is globally well-known, noting that his ministry closely collaborates with the WB to ensure they benefit from the bank’s wide experience in education around the world.

The WB’s report offers a comprehensive comparison in terms of educational developments around the MENA countries, which is very useful for the Egyptian government to know, added the minister.

The cooperation with the WB allows us to transfer the ideas into reality which is very important, remarked the minister, mentioning that the ministry will launch its learning management system of the knowledge bank shortly.

The minister affirmed that his ministry effectively uses technology as well as changing teachers’ behaviours to be able to deal with the new technologies that the ministry applies.

Initial outcomes of the new educational system are very good, asserted the minister, stating that the ministry will continue developing the education system as a main pillar of the country’s infrastructure.

The minister announced that secondary schools will receive new tablets soon to help them better study, adding that his ministry will be gathering with its main educational partners at the Cairo ICT on 25 November to disclose the joint cooperations’ outcomes.

Furthermore, the WB’s MENA Education Flagship Report affirmed that there was significant progress in the education sector in the MENA region, noting that the past years witnessed several political shifts in the Arab Spring countries.