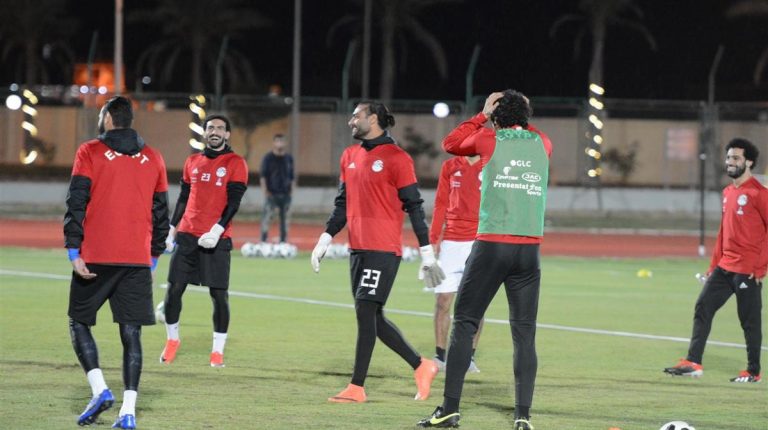 The Egyptian national team, led by Mexican manager Javier Aguirre, are set to face Tunisia on Friday in the fifth round of the 2019 Africa Cup of Nations qualifier at Borg El-Arab stadium in Alexandria.

The final training session of the Pharaohs will be on Thursday followed by a healing session to avoid injuries.

After the absence of Al Ahly midfielders Ahmed Fathy and Mohamed Hany for injury, Aguirre is expected to rely on Ahmed El Mohamady to play as right-back. Aguirre is also considering Mohamed El Ninny to play as attacking midfielder, and Ali Ghazal as a defensive midfielder.

Aguirre expressed his happiness for the strong competition between Al Ahly’s Marawan Mohsen and Salah Mohsen over the centre-forward position in the team before Tunisia, although Marawan’s chances are stronger. Aguirre said he will make his decision after the final training at Borg El Arab stadium. He noted that Marawan Mohsen forgot about what happened with his club in the CAF Champions League finale, stressing that he is a distinguished player with many skills. Al Ahly lost 4-3 to ES Tunis last week.

Daily News Egypt learned that the technical staff of the team held a meeting with the players and screened several videos showing the Tunisian team’s play strategy, as well as made a presentation about Egypt’s last encounter with Carthage Eagles to explain the negative aspects and mistakes that were committed by the players.

Ahmed Nagy, the goalkeepers’ trainer, met with the team’s GK Ahmed El Shenawy in a special session in which he stressed the importance of forgetting his club’s (Al Ahly) last game in Tunisia.

On the other hand, the Tunisian team, led by manager Mourad Okbi, arrived Alexandria on Wednesday evening. They also conducted their final training in preparation for the Friday game.

The Tunisian team will also miss the efforts of Mohamed Amine Ben Amor and Ghaylène Chaalali for injury. Okbi now considers other players to replace them in the match. Ben Amor and Chaalali were main elements relied on by Okbi in recent games.

The absence of Makram El Bedery, ES Sahel’s goalkeeper, for a week due to injury will be another problem for the Eagles. He will be replaced by Ayman Dahman.

The Egyptian national team and its Tunisian counterpart have already qualified for the 2019 African Cup of Nations in Cameroon as Egypt holds nine points behind Tunisia which have 12 points.