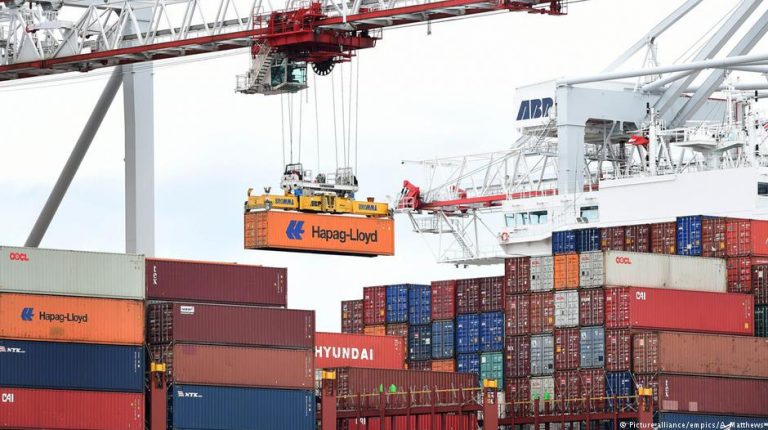 Poor productivity, low investment levels and rising wealth inequality: One leading British think tank is offering £150,000 in prize money for radical ideas to address the UK’s “toxic cocktail” of economic problems.Britain's economy has slowed since the June 2016 Brexit referendum, as companies focus on the potential risks of exiting the European Union as well as signs of a global economic decline amid rising trade tensions.

It's against this background that the United Kingdom's Institute for Public Policy Research (IPPR) is running a competition to collect the brightest ideas on how to kick-start the domestic economy and raise people's living standards in a sustainable way.

The competition isn't just open to economists — anyone can submit an idea. Winners will be announced next year, with total prize money of £150,000 (€169,279, $192,055) up for grabs. The think tank says the prize is likely the world's third-biggest in economics.

"We hope that by offering a substantial financial incentive to produce a plan that would deliver the best possible UK economy — one that protected the environment and delivered a good standard of living to people across the nations and regions of the UK — we will focus minds on solving the fundamental tension between rising living standards and decarbonization," IPPR Chief Economist Catherine Colebrook told DW.

Colebrook added it no longer made sense to consider economic objectives in a vacuum, separate from the question of how to live and produce sustainably.

The economics prize is supported by Labour donor and pro-Brexit campaigner John Mills, who said the UK was facing a "toxic cocktail of issues that need fresh solutions."

"We're falling further behind every year — our productivity is poor, levels of investment are meager, and we cannot pay our way in the world."

New figures showed businesses' expectations regarding a strong performance over the next 12 months were the weakest since July 2016. The Bank of England also forecast that Britain's rate of economic growth would halve to 0.3 percent in the final three months of this year from 0.6 percent growth in the third quarter.

Companies warned new orders were coming in at the slowest rate since July 2016, while production costs were rising due to higher fuel bills and wages.

But IPPR's Catherine Colebrook emphasized the economics prize did not come into being because of Brexit.

"Clearly, Brexit represents a substantial headwind for the UK economy, but our economic flaws — low investment, trade deficit and meager productivity growth —predate it by decades," she told DW.

"But even if Brexit were to be canceled tomorrow, those flaws would still present an issue for us; we certainly expect entries to go much further than formulating a defensive response to them."

The think tank emphasized that proposals would be accepted from all sectors of society and that each entry would be judged on merit and "not by the credentials of the person submitting it."

The challenge for participants in the competition will be to find ideas that could support a significant change "in the quality and quantity of the UK's economic growth," the IPPR said in a statement.

Read more: Can we consume less without wrecking the economy?

Initial submissions are scheduled to be reviewed as of Jan. 6, 2019, with shortlisted entrants to be asked to submit more detailed explanations of their proposals.

The final deadline for those detailed submissions is Apr. 14. The total prize money for the best suggestions will also include a dedicated under-25s prize to the tune of £25,000 as well as a runner-up award of £25,000.