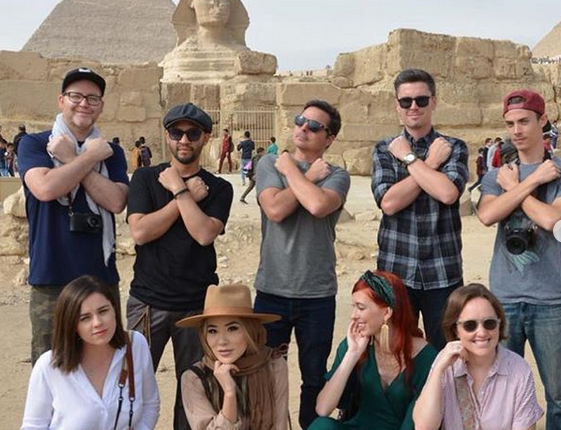 With the aim of promoting tourism and spreading a positive image of Egypt worldwide, the American Chamber of Commerce in Egypt’s (AmCham) Travel and Tourism Committee, with the cooperation of the Ministry of Tourism, hosted 10 American bloggers in Egypt for a one-week trip to roam and explore its hidden gems.

The tour included visiting Egypt’s most charming cities of Luxor and El-Gouna, alongside Cairo, according to a press release published by the AmCham Egypt.

The tour aimed to reveal Egypt’s history, while connecting it with present day Egyptians’ modern lives. This took place through visiting Luxor’s Karnak temple, the Giza Plateau, and Al-Muzz street. For a modern enthrallment, the tour could not be completed without visiting EL-Gouna in Hurghada.

The visit is planned for the delegation to “promote Egypt as a favourable destination among tourists from all over the world, and positioning it as an attractive, safe, and unique travel and investment spot,” according to the press release.

“Egypt is so much more than just the pyramids, it’s an absolute beautiful country and I could not recommend visiting it enough,” said one of the bloggers in a video published on the AmCham’s official Instagram page.

Did Qatar use ‘black ops’ to win World Cup bid?