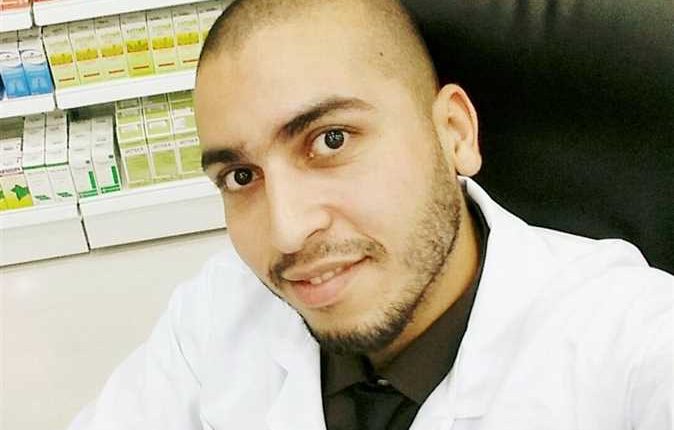 Egypt is following the Saudi investigations into the killing of a young Egyptian pharmacist in Jizan, Saudi Arabia, last week, stated the foreign ministry on Friday.

The Egyptian embassy in Jeddah commissioned its legal advisor to follow the investigations of the Saudi prosecution, the ministry said in a statement. It added that legal procedures are taken to return the body of the victim to his homeland.

Ahmed Taha Hussein was killed last Thursday by a Saudi citizen during his night shift at one of the Nahdi Medical Company pharmacies in Jizan.

Friends of the 29-year-old pharmacist and media reports said that Hussein was killed after he refused to give a refund of a sold product without a receipt, in accordance with the pharmacy rules.

A clash erupted between the two men and the Saudi citizen assaulted Hussein, and then came later at night and stabbed the Egyptian pharmacist seven times to death during his work shift. Hussein was transferred to hospital, but he succumbed to his stab wounds and died.

Neither the Egyptian Foreign Ministry nor the immigration ministry confirmed or denied the details of the murder. The Egyptian embassy in Jeddah called on Egyptians to avoid spreading what it delineated as rumours until the investigations are concluded.

The Saudi authorities said that they arrested the suspect who stabbed Hussein to death, adding that investigations into the crime are ongoing.

The Saudi newspaper Okaz claimed that the offender is mentally disturbed, and added that he killed the victim with a knife and stabbed him in the chest and abdomen.

However, Hussein’s mother and sister denied in media statements that the offender is mentally disturbed. “He called me on Wednesday and told me what happened,” Amal Al-Sayed, Hussein’s mother said in televised statements. She added that her son moved to Saudi Arabia four years ago, noting that he was preparing for marriage.

Meanwhile, Hussein’s friends sought social media to pay tribute to the young pharmacist. They described him as a decent person and said he moved to Saudi Arabia to work in order to assist his family financially.

The Egyptian Pharmacists’ Syndicate denounced Hussein’s murder and demanded the offender’s incumbency  in an official statement.

Wife of Lebanese psychic appeals for his release