Jordan-Ann Cairns, Vice Chairman of Mastercard, said that the company is committed to empowering women and supporting women’s inclusion around the world.

During a roundtable discussion with the Governor of the Central Bank of Jordan, Cairns explained that Mastercard believes in the power of business momentum to support the financial inclusion of women by quickly rolling out global offerings tailor made for the diverse needs of each market around the world.

“Women are half of the population of the human race, and unfortunately women are underrepresented among banked people around the world. There are still two billion unbanked individuals globally and the vast majority of them are women,” said Cairns.

“It just makes good sense for businesses to include women, noting that 80% of purchase decisions are actually made by women,” she noted.

She explained that the gender gap is wide in the Middle East and Africa, noting that only 35% of women, compared with 52% of men, have access to bank accounts. 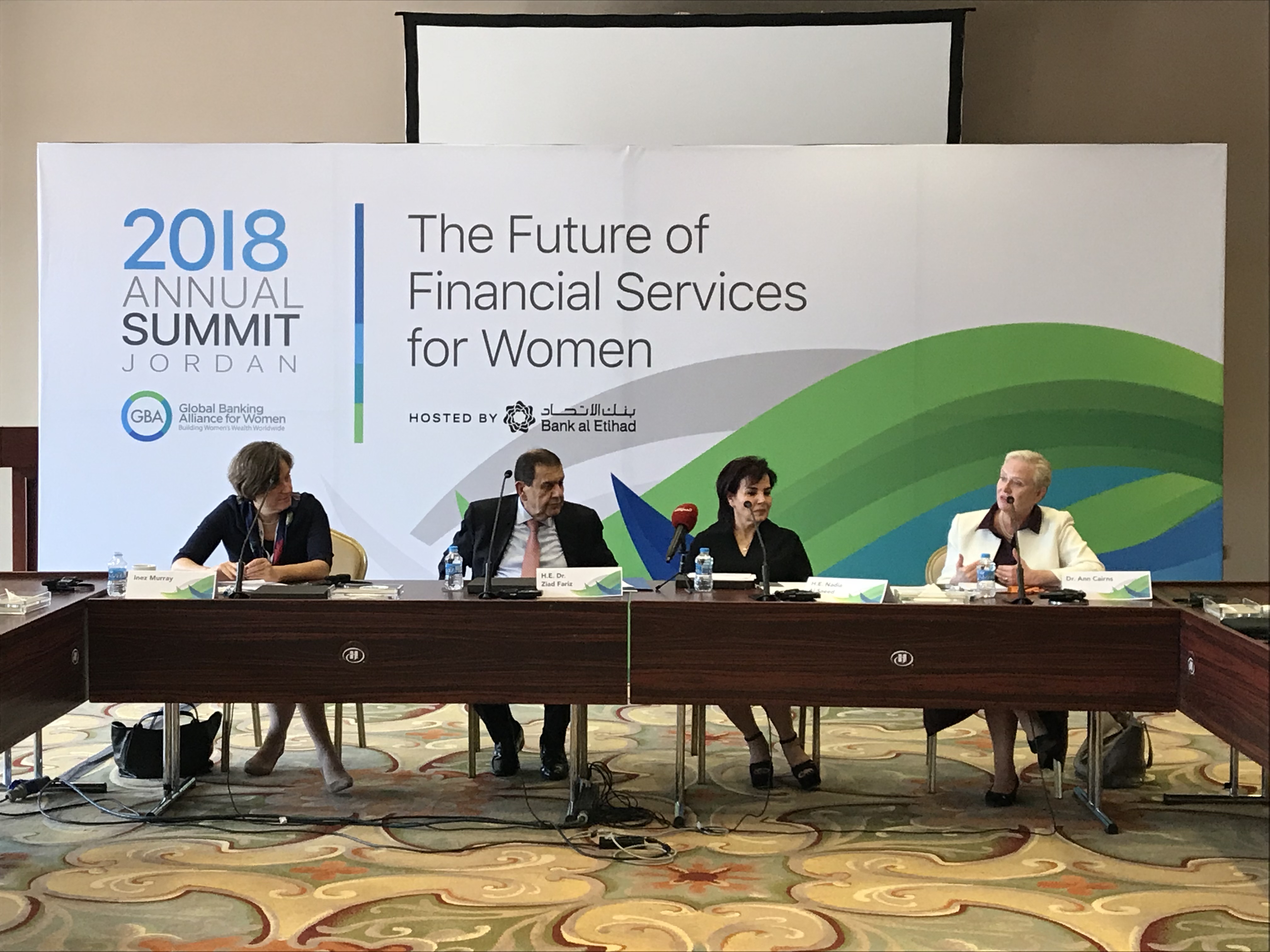 “This gap has to be closed, not just financially, but also through education. Education without access to banks is pointless, and access to bank accounts without education is dangerous,” she emphasised.

“Thus, these two things have to go hand-in-hand, and I feel privileged to speak before the Governor of the Central Bank of Jordan and the CEO of GBA, to discuss how we can make this happen,” she continued.

“At Mastercard, we think big. Having these conversations with His Excellency and discussing microfinance, which is very important for women, confirms that women can run large companies,” she added.

“75% of wealth of the global population will be inherited by women over the next 20 years. We believe this will change the allocation of the global capital, thereby changing the investment profiles across the world,” she added.

“It’s not just only about the financial inclusion of women, but it is also important to know how women will use that capital and invest in growth and businesses around the world,” Cairns indicated.

“We believe that we will see significant social investments and investments in goods, as this happens, and we are working on launching products for women as they live their everyday lives, including shopping in supermarkets and buying things for their children, while at the same time they care about their children’s education.”

She elaborated that women entrepreneurs are going to change the world.

“Women are working as much as men but they are not paid equally compared to men,” she stated.

Cairns announced that while 25% of small businesses are run by women, only 5% have access to funding. “This is not a joke; this happens everywhere in the world,” she exclaimed.

She summed up that by closing the gender gap, the world will reap the benefits of including women in the global economy and inclusion should be 50% to match women’s representation in the population demographics.

She debated that it is actually important for all the central banks and governments to truly work on removing the barriers to women’s financial inclusion, noting that these barriers vary in different parts of the world.

She cited an example from one her trips to Russia where she met one of the foremost female leaders in the local private banking sector, who told her that it’s hard for women to network and run their businesses in the country because they do not have time to work while also managing their time between businesses, families, and households.

In order to allow them to network, a bank in Russia constructed special buildings for them with applications that they can use or go to in order to network. Through these applications and buildings, women can connect using technology and gain access to e-learning opportunities to learn about financing techniques and funding.

Cairns noted that things change rapidly, and that countries develop at different speeds, but there is a growing recognition that it is good for a country’s economic growth to include women in everything.

Case in point: in the 70’s, when Cairns was at university, banks refused to give her a credit card, just because she was a woman; however, now she is the Vice Chairman of Mastercard.

Cairns stated that the Middle East is one of the fastest growing regions in terms of the workforce, so she feels quite optimistic, because the change in momentum in the Middle East is fast, both from the social and political as well as business perspectives.

“Most of the chairpersons on boards are currently looking to recruit individuals, whether female or male, not just who can reach the company’s target, but also someone who can add value to their business. They look to recruit people who think in creative ways in order to strengthen their businesses.”

She mentioned that one of the problems the world must focus on resolving is the fact that many companies bring women in at entry-level positions despite their vast experience.

“When women reach the age range of 30 and 40 years, we witness dropping employment rates, sometimes because women left the business world, or they resigned to look after their children, but comeback programmes will solve this problem. If women really come back and resume their potential, I think we will witness a large number of women reaching executive positions,” she asserted.

She concluded that it is also crucial that men support women in pursuing their career aspirations.