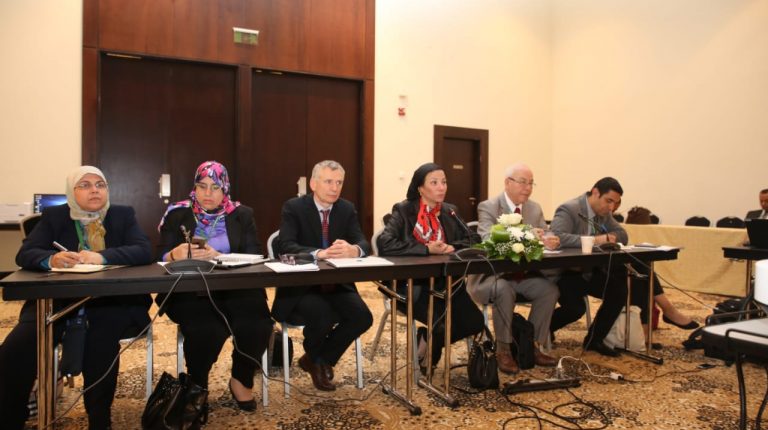 Egypt’s Minister of Environment, Yasmine Fouad, stressed on Sunday, the necessity of team work in order to face all the challenges to achieve the environmental targets of the roadmap for beyond 2020.

During COP14, Fouad presided the first technical meeting for the team of the Egyptian initiative for combining the environmental conventions of climate change, biodiversity, and desertification.

Hamdallah Zaidan, the chief of the consular committee of the COP14, and representatives of the three conventions presented in the meeting, as well as representatives from different countries and international organisations.

The minister said that the meeting aims to exchange points of views around the roadmap 2020 and beyond, in addition to putting a framework for the Egyptian initiative and finding the needed funds for the initiative so than it could fulfil the commitments.

On Saturday, President Abdel Fattah Al-Sisi launched the Egyptian initiative for combining the environmental conventions of climate change, biodiversity, and desertification, during the opening session of the Conference of the Parties – COP14 which is being held in Sharm El-Sheikh.