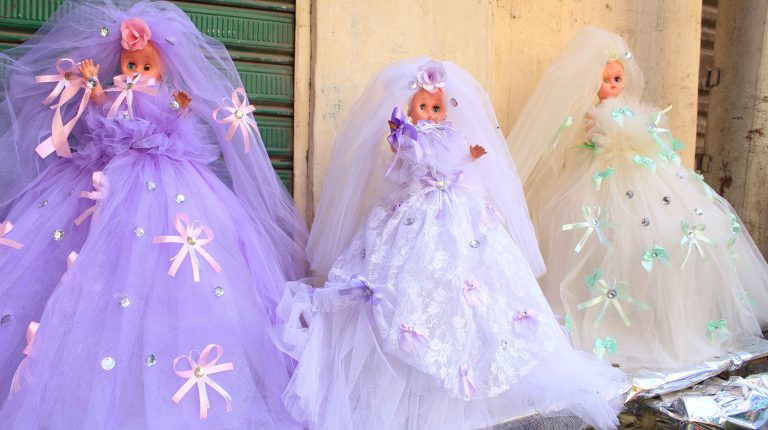 A scene of a mid-sixties woman, with greyish covering most of her hair, wrinkles taking of her smiling face, passionately checking all of the dolls wearing dresses in various styles and colours at street stands selling Arouset Al-Mawlid (The Al-Mawlid doll).

Having Al-Mawlid El-Nabawy (Prophet’s Birthday) knocking on the doors in Egypt means massive celebrations which you will find nowhere else in the world, and Arouset Al-Mawlid is in the heart of the celebration. The plastic doll is known to be an inseparable part for Muslims celebrating the birth of Prophet Mohammed.

The plastic doll and Halawet Al-Mawlid (Al-Mawled Sweetened nuts) are Egypt’s most famous common markers of the birth of the Islam Prophet. However, both of them found their way to Egyptians in the Fatimid era, long after Islam saw the light and started spreading.

Purchasing the Mawlid’s doll and nuts has become like many of the eastern celebrations which are losing the battle against the western ones in the Egyptian society, either due to economic situation or social trends. With the price hike of both and the deterioration of the financial status, many turned their head off the bashing attitude. 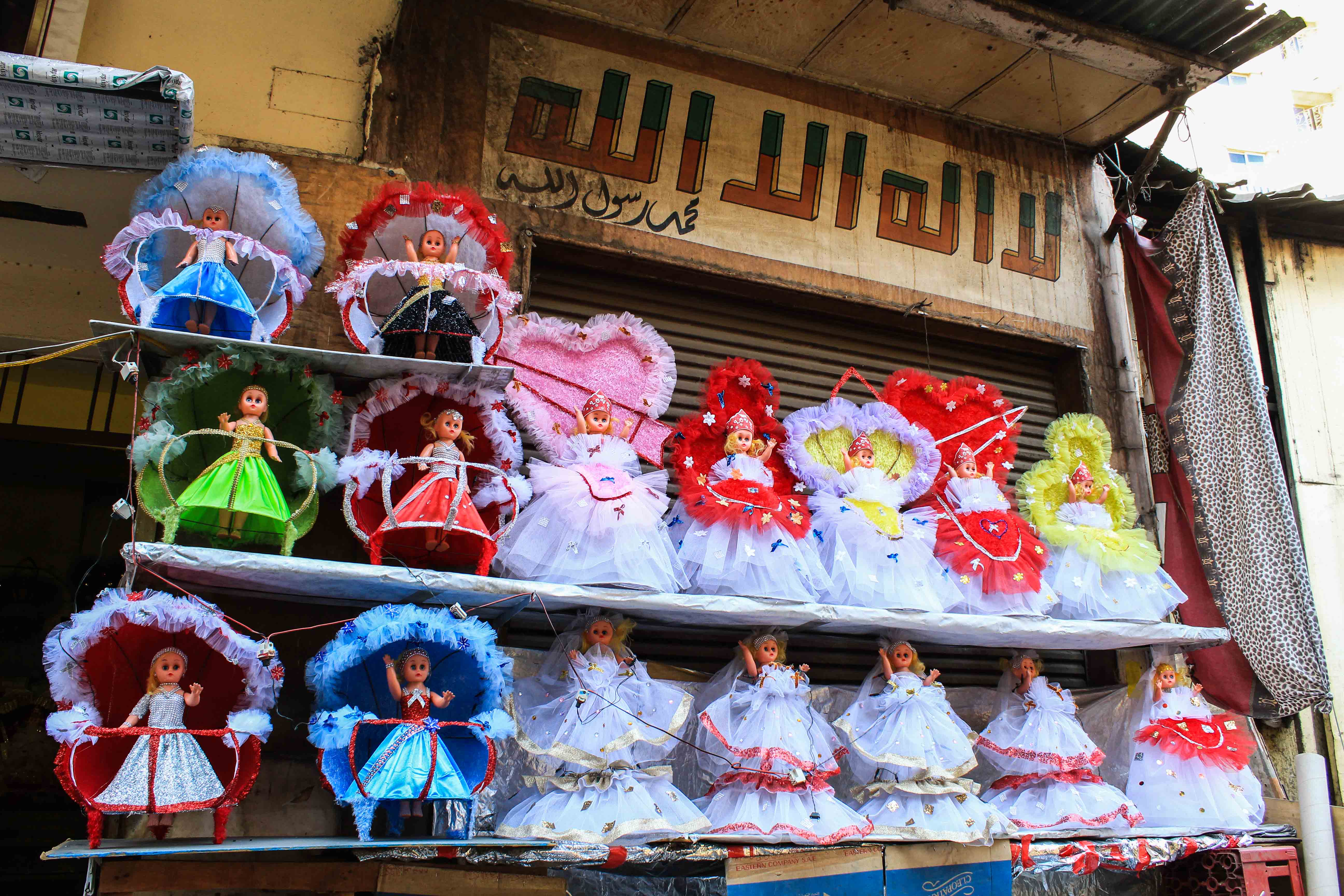 However, many still fight to keep what they inherited from their ancestors alive. Even for those who live abroad, Egypt heritage is still revived every year.

Magda Khalil, a Facebook user, said she gets her children, nieces, and nephews Arouset Al-Mawled and Halawet Al-Mawlid every year. For her family, Al-Mawlid is a gala celebration that requires spreading happiness among everyone, even if they no longer live in Egypt.

“In my family, we still get the Arouset Al-Mawlid for girls and Hossan Al-Mawlid (horse-shaped sweet) for boys, who are now the grandchildren of the family,” Khalil said, adding “My niece living in Holland always asks me to buy all the types of sweets she likes in Halawet Al-Mawlid and send it with someone or keep it till she comes with her family for a visit.” 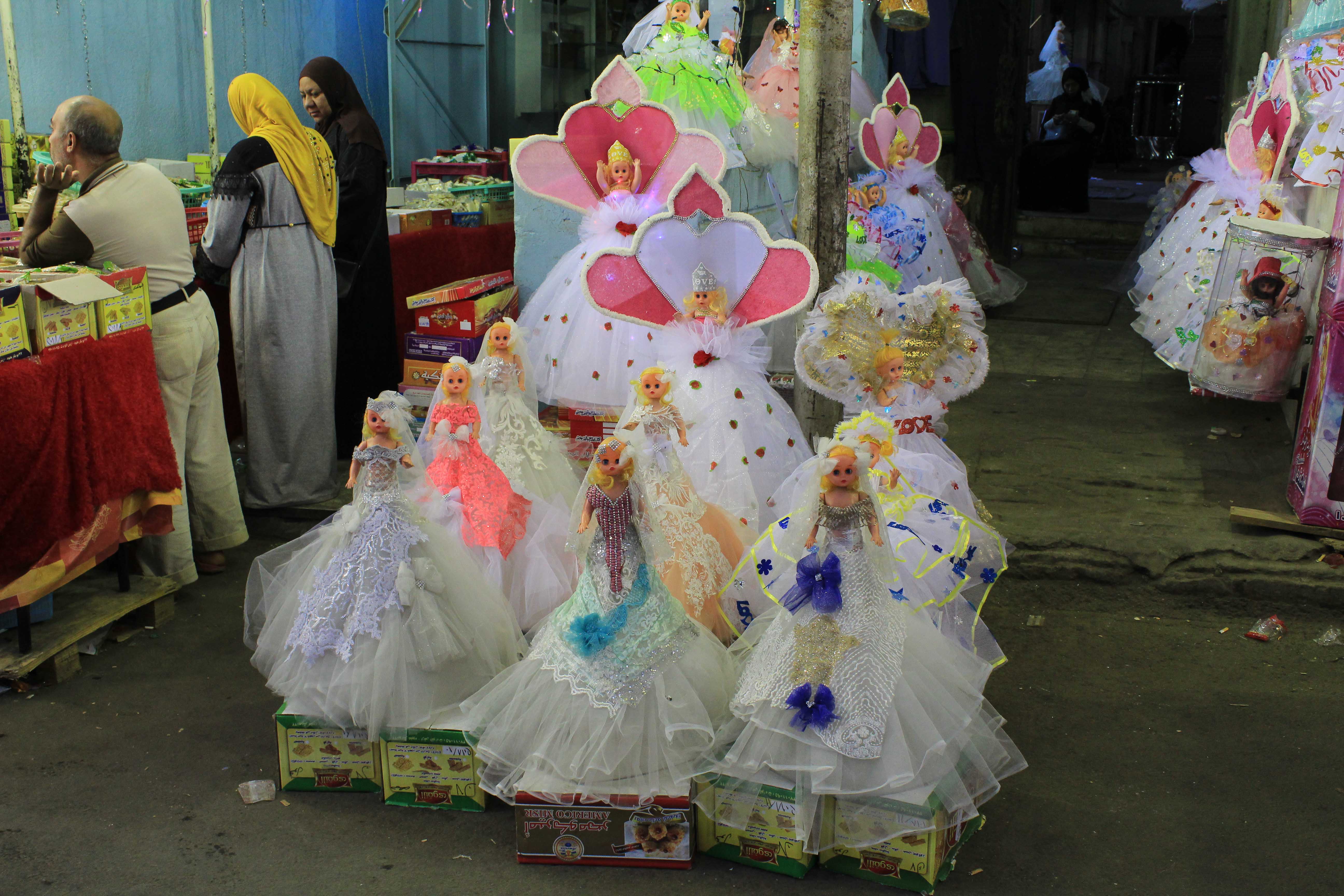 “We [with the kids] also distribute a box of Halawet Al-Mawlid to the orphan house next to us and to some of the house porters in our street as well,” she added.

Staying outside Egypt is not enough reason for Khalil’s family to make them forget teaching their children that the prophet’s birth is an occasion requires celebration, and to be observed annually.

“We consider the birth of the prophet as a day to share happiness with orphans and poor people,” she explained.

Heba Abousteit, a mother of two, prefers to celebrate Al-Mawlid Al-Nabawy more of the way she was raised on. Instead of purchasing the plastic doll, she spent her time crafting the doll and the horse with her children while telling them the reason for the celebration.

“My kids are very young, we do not buy them plastic dolls or horses, instead we do drawings and crafts of both every year,” she said.

Following the same path is 43-year-old Nermine Norma. Despite having no kids, Norma has never observed Al-Mawlid celebration without creating her own doll and dresses in several bright colours. 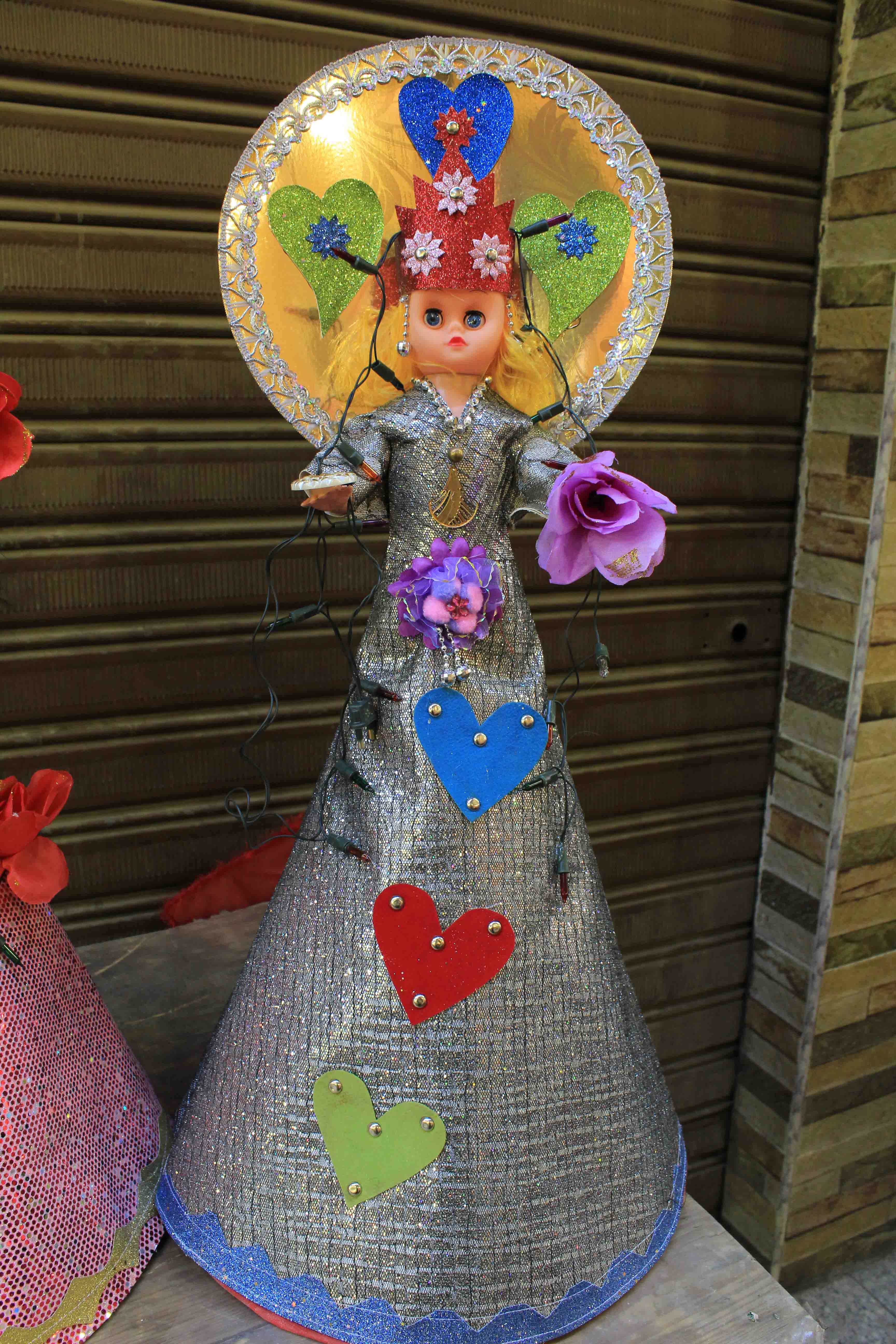 ”This is how I feel the Mawled spirit,” she explains.

Maha Al-Dhan came up with the idea of baking Arouset Al-Mawlid.

The story of how Arouset Al-Mawlid has found its way into the history books differs from one source to another. The most popular theory states that Fatimid ruler Al-Hakim bi-Amr Allah went with one of his wives to celebrate Al-Mawlid Al-Nabawi among the public. His wife looked so beautiful wearing a white gown that a confectionary artist modelled a doll out of honey to emulate her look. As for Al-Hakim bi-Amr Allah, he was portrayed as a knight on his horse, which came to be known as “Housan Al-Mawlid” afterwards.

The couple was commemorated long after their death through the doll and the horse that became the traditional gifts of Al-Mawlid Al-Nabawi.

Both the doll and horse used to be made of honey until the 1990s. However, when the invasion of plastic dolls took over local markets, people started replacing sweets with actual dolls. Soon after, people started only purchasing Arouset Al-Mawlid so the horse also disappeared.

When it comes to Halawet Al-Mawlid, it is said that the Fatimid rulers used to influence and abate the masses by distributing sweets made of a mixture of nuts and honey. The sweets were mostly distributed during El-Mawlid El-Nabawi and soon, it became an inseparable part of the annual celebration.

The disappearance of Ashraf Shehata for 630+ days