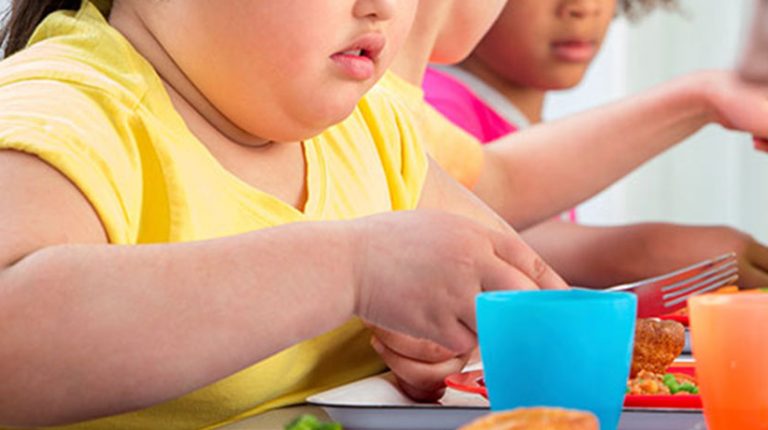 In many cultures and in older times obesity in children was a sign of good health. This is no longer the case according to a US National Institute of Health study, and because of its serious effects on their health, the global rise in childhood obesity has become an ‘epidemic’. “It is an exploding nightmare in the developing world,” says Peter Gluckman, co-chair of the Ending Childhood Obesity (ECHO) Commission.

Some studies carried out in Middle Eastern countries show that childhood obesity is a serious problem in the region. The rapid pace of economic development in the region has been accompanied by decreasing levels of physical activity and increased caloric consumption, particularly of ‘junk food’. These are important factors in child and adolescent obesity.

Children who are obese are likely to remain obese as adults and are at risk for several serious health problems such as Type 2 diabetes, asthma and heart failure. In addition, obesity in children can hinder their educational attainment. It is important, therefore, that public health and school officials develop a series of measures aimed at increasing the level of physical activity among children both inside and outside school, and conduct educational campaigns showing the risks of consuming high calories foods and drinks.

The World Health Organization (WHO) alerts that the rise in childhood obesity in low and middle-income countries is an alarming trend that demands a ‘high level action’. About half of the world’s obese children, 48%, live in Asia. Although many countries in South East Asia have achieved impressive economic gains in recent times, there has been, at the same time, a rise in conditions such as over and under-nutrition, where some children are overweight while their peers may suffer from stunting and wasting.

This ‘double burden’ of malnutrition is happening now in middle-income countries such as Indonesia, Malaysia, the Philippines and Thailand. Christiane Rudert, regional nutrition adviser for UNICEF East Asia and Pacific stated in a recent press release, “Asian children are now at risk of malnutrition from both ends of the spectrum”.

In China, a 29-year survey of 28,000 children aged between seven and 18 was carried out in eastern Shandong province. The study, published in the European Journal of Preventative Cardiology, found that 17% of boys and 9% of girls were obese in 2014. This showed a significant increase from under 1% for both genders in 1985. The study also showed that the increase was particularly more notable in children aged seven to 12 than in adolescents.

There is not one factor that explains the high rates of obesity among Chinese children, although there are several contributing factors with varying importance in different settings and circumstances. For example, many formerly poor families are over-feeding their children, particularly when the grandparents are in charge of their care.

Although Japan hasn’t totally solved the problem of childhood obesity, it has made significant advances in its control. One of the strategies used in Japan involved a redesigning of school lunches that are increasingly planned by nutritionists and include a variety of foods such as fresh ingredients and locally grown vegetables.

One of the most important contributing factors for obesity is the high consumption of foods rich in carbohydrates and high consumption of sugary drinks. “Children are exposed to ultra-processed, energy dense, nutrient-poor foods, which are cheap and readily available,” says the WHO.

Physical inactivity is another important contributing factor, often associated with a significant increment in television viewing. It has been proven that each hour watching television is associated with a 1-2% increase in the prevalence of obesity among urban children.

Obesity in children can have significant economic costs. Obesity, which affects about 10.4% of children between 2 and 5 years of age and more than 23 million children and teens in total in the US, cost the nation $117bn per year in direct medical expenses and indirect costs, according to the Robert Wood Johnson Foundation.

It is important to educate parents before and during pregnancy for early prevention, and to work with governments to provide weight management resources for children who are battling obesity. As stated by Peter Gluckman, “WHO needs to work with governments to implement a wide range of measures that address the environmental causes of obesity and help give children the healthy start to life they deserve”.