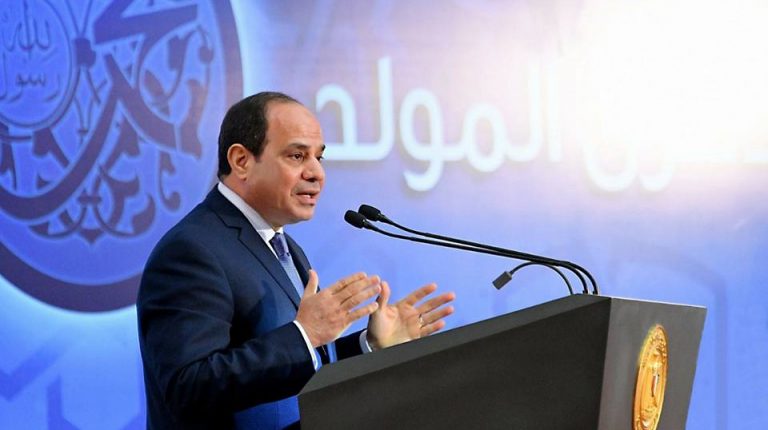 The event was organised by the Ministry of Endowments and attended by Prime Minister Mostafa Madbouly, Al-Azhar’s Grand Imam Ahmed El-Tayeb, Grand Mufti Shawki Allam and a number of ministers.

The president called on clerics and intellectuals to work on spreading the teachings of the Prophet Muhammad, which will help to combat extremism.

The president further discussed the renewal of religious discourse, which he also did in previous occasions.