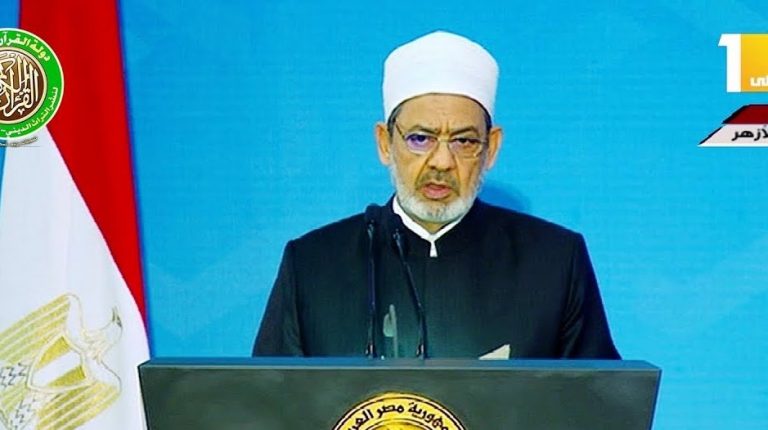 Egypt Grand Imam of Al-Azhar, Ahmed El-Tayeb, asserted the significance of Al-Hadith of Islam’s Prophet Mohammed, denouncing calls of its exclusion from the legislation process.

El-Tayeb added, during a ceremony organised by the Ministry of Endowments on Monday in observance of Mawlid Al-Nabi (the Prophet Mohammed’s birthday), that there is a need to maintain the Hadith texts along with Al-Quran in the legislation and provisions for Muslims.

El-Tayeb highlighted that Al-Hadith is the second source of legislation in Islam followed by Al-Quran, pointing out that it provided more details that were not mentioned in Islam’s holy book.

Furthermore, Al-Tayeb highlighted that those calls of excluding Hadith are not new, as they were initially launched in India early in the 20th century.

Al-Tayeb added that nearly a billion and a half Muslims around the world are celebrating the birthday of the Prophet Mohamed, who was a great figure and his greatness should be appreciated in all times.

President Abdel Fattah Al-Sisi attended the ceremony and also delivered a speech before a huge attendance of ministers, top state members, religious figures and ambassadors of Islamic and Arab countries.