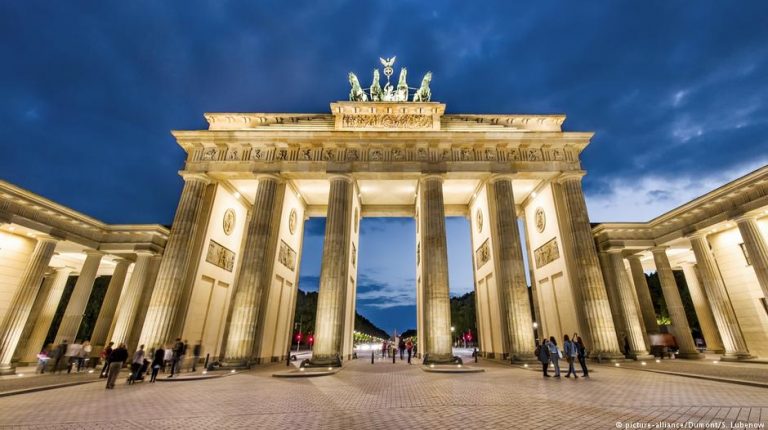 Europe today fears Germany’s economic strength rather than its military might, historian Andeas Rödder tells DW. At the same time, Germany is meant to lead the EU: a dilemma for all sides."I’m not so much afraid of German power; its German inactivity I’m starting to fear," said Radoslaw Sikorski, then Poland’s foreign minister, while speaking in Berlin in 2011. You would never have heard a sentence like that before 1990, says German historian Andreas Rödder — certainly not coming from Poland.

The national-conservative PiS party is now in power in Poland, and the words coming out of Warsaw are very different these days. But the ambivalent relationship between Germany and its eastern European neighbor, expressed by Sikorski back then, still exists. "There’s a new expectation that Germany will take the lead in Europe," says Rödder. "At the same time, Germany is confronted by the dilemma that this will revive old fears that Germany wants to assert its supremacy in Europe."

German diktat on the refugee issue

There is no simple solution. Rödder believes Germany must take on the task, in the EU institutions and also, above all, at nation-state level. And in this he thinks it is more productive if it openly assumes a leading role rather than engaging in back-room politics.

"Germany made a serious mistake over the refugee crisis," says the historian, referring to the majority decisions made by the European Council of Ministers in September 2015. At the time, some countries, led by Germany, obliged other EU members to take in quotas of refugees against their will. "That was perceived as Germany dictating to them," says Rödder.

Read more: Angela Merkel and the future of the EU

This, he says, reveals a characteristic of German history that also found expression in a recent study. Europeans were asked whether they thought of their respective national cultures as more valuable than those of their European neighbors. 46 percent of the Germans asked answered yes. Among French people, for example, it was only 23 percent.

Rödder sees this as a legacy of the period following the Napoleonic Wars. "When European societies started to conceive of themselves as nations, in the early 19th century, France was able to see itself as an established state." Germans, however, were living in the famous "patchwork" that followed the collapse of the Holy Roman Empire in 1806, with various principalities and free states gathered around the hegemonic powers of Prussia and Austria.

At that time, Germany as it now stands did not yet exist, so instead Germans began to see themselves as a cultural nation. "This self-conception always tended towards the idea that they were both culturally and morally superior," says Rödder. It’s a degree of hubris you still encounter today: "Think back to the welcome culture of the autumn of 2015, when this idea that we were morally on the right side was almost palpable."

Read more: What makes Germany and the Germans special?

Eurocrisis: Merkel with a Hitler moustache

During the most difficult phase of the euro debt crisis from 2010 to 2015, Germany’s situation was even trickier than when negotiating the pan-EU distribution of refugees. "There are two completely different narratives in Europe," says Rödder: One is that Germany reacted much too late; the other, that Germany agreed entirely voluntarily to pay another country’s debts.

So from one point of view, Germany ought to have led more decisively. But when at last it did, and pushed through plans to bail out the state finances of several eurozone countries, that wasn’t the right thing, either — because these bailout plans included a requirement for the governments to make massive savings in future budgets. Once again this was seen as Germany dictating to other countries — a feeling that Greek demonstrators, for example, expressed in images of Chancellor Angela Merkel with a Hitler moustache.

"In France, which is the decisive partner in this context," says Rödder, "this fear originates at the latest in the war of 1870-71 and France’s traumatic experience that its eastern neighbor was structurally superior." The two world wars also demonstrated this, he says. Although France was on the side of the victors in both, it couldn’t escape the realization that, without foreign assistance, it would have been defeated by Germany.

Rödder says this fear no longer relates to a military threat, but to the German economy. “In the 1980s, François Mitterand talked about the German atom bomb, by which he meant the Deutschmark and the Bundesbank."

"At a time when economic power is more important than military power, Germany is quite simply strongest," says Rödder. It’s not a situation it can get out of: "And that’s why Germany has to use this strength constructively and strategically in Europe."

Rödder believes these two crises will also be what define Angela Merkel’s political legacy at the European level. And so, he says, this legacy is just as ambiguous as the perception of Germany by its neighbors. "On the one hand, she has at least achieved one thing in that she has prevented the European institutions from breaking apart," he comments. "At the same time, however, she’s also caused divisions in Europe, especially with the refugee crisis." Last but not least, it’s often said in Britain that Merkel’s refugee policy was a deciding factor in the outcome of the Brexit referendum.