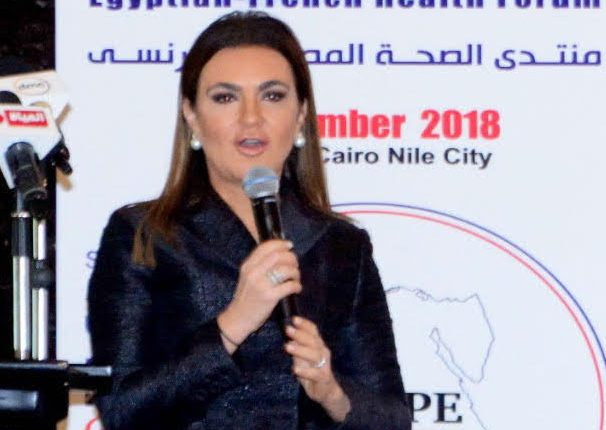 A group of French companies announced the establishment of a health coalition, according to a Monday statement from the Ministry of Investment and International Cooperation, noting that companies coalition includes Sanofi SA, Danone, AXA, L’Oréal and others.

Nasr’s speech came during the inauguration of the Egyptian-French Health Forum, organised by the French embassy in Cairo, in the presence of representatives of the World Bank, the European Bank for Reconstruction and Development EBRD, EU and the French Development Agency.

Nasr said that France is financing the project of supporting primary health care in five Egyptian governorates, which is funded by the French Agency for Development with€31m.

The minister affirmed the Egyptian government’s appreciation for the continuous support of the French government and French private sector companies in Egypt, noting that cooperation with France is a strategic partnership and fruitful in various sectors, especially in the health care sector.

Egypt has exerted great efforts to remove any obstacles facing investors in the health sector, asserted the minister, noting that France is one of Egypt’s most important economic partners at the European and global level.

French companies are strongly represented in the Egyptian market in many vital sectors such as industrial, agricultural sectors, as well as infrastructure and medicines, added the minister.

Egypt is keen to attract new foreign investments in various sectors, affirmed the minister, noting that the government provides several advantages the market.

The Egyptian government is keen to create a favorable environment for investment in the light of the new investment law, said the minister.

French companies in Egypt are offering the Egyptian market about 35,000 jobs in the fields of industry, tourism, agriculture, telecommunications, transport, infrastructure and financial services.

French companies increased their investment by $200m during the fiscal year 2017/18, according to the statement.