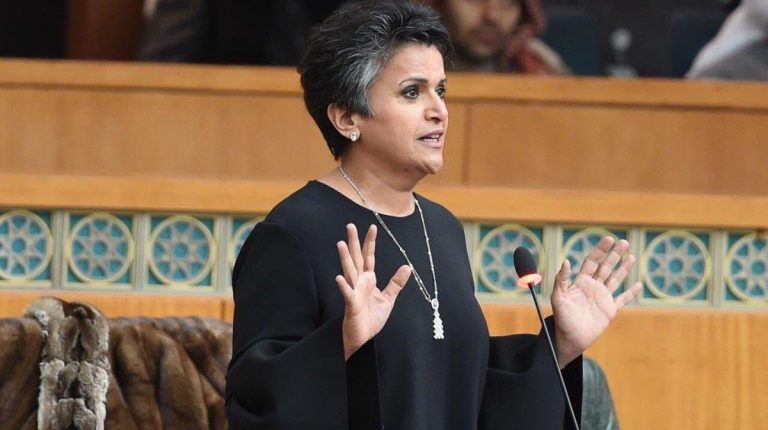 Egypt’s Prosecutor General, Nabil Sadek, has ordered an investigation into the fake reports circulated on social media regarding inserting the name of a female Kuwaiti MP on the airport’s watch list, according to the prosecution’s statement.

Sadek previously ordered another investigation into accusations against Safaa Al-Hashim of insulting Egyptians. The lawsuit ordered a ban against the Kuwaiti MP from entering Egypt.

Last week, Al-Hashim was under fire over her recent statements against Egyptian expats inside Kuwait. She criticised Egyptian Minister of Immigration, Nabila Makram, over her comments on an assault against an Egyptian woman in Kuwait.

Al-Hashim went on to say that Kuwait treats Egyptians better than their homeland.

Al-Hashim was reprimanded and accused of “racism” by Egyptian social media users. Some of them shared past statements and stances against Egyptian expats.

Earlier, Makram said that the dignity of the Egyptian citizen, in particular, the Egyptian woman, is a line not to be crossed. She said so after an Egyptian expat, Fatma Aziz, living in Kuwait was beaten with her children by Kuwaiti women in the street.

Makram asserted in a statement that she respects the Kuwaiti judiciary and authorities, calling on Egyptians not to circulate a video Aziz posted to reveal what happened with her. Makram also condemned Aziz for using social media rather than her country’s embassy in Kuwait. “Why do we not trust our embassies abroad?” Makram asked.

Aziz posted a video and said that five women assaulted her verbally and physically following a verbal squabble erupted after her child was hit by their bikes. She said that they ran over her body with shoes before her children.

“It was a deadly moment that I got beaten before my children, ” Aziz recalled in televised statements, adding that what she is looking for is the accountability of the offenders.