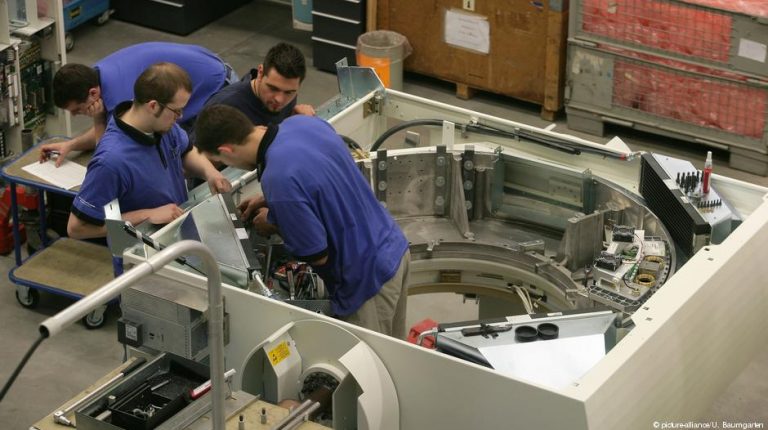 Global economic growth has peaked, the Organization for Economic Cooperation and Development has said in its latest economic outlook. And more clouds are appearing on the horizon in the form of trade disputes.The OECD revised down its growth forecasts for 2019 for most of the world's major economies. Global GDP is now expected to grow by 3.5 percent in 2019, compared with the 3.7 percent forecast in its May outlook, and by 3.5 percent in 2020.

The US and Chinese economies are expected to slow, while growth in the eurozone, Japan and Australia is also expected to stutter.

The OECD said a sense of satisfaction, especially in the West, due to low levels of unemployment and low inflation, concealed the fact that global trade and investment had been hit by a rise in protectionism.

The report said that trade tensions had already cut 0.1 to 0.2 percentage points from global GDP this year and estimated that if the US hiked tariffs on all Chinese goods to 25 percent, world economic growth might fall to close to 3 percent in 2020.

In a reference to US President Donald Trump, Boone said: "We urge policymakers to restore confidence in international dialogue and institutions. This would help strengthen trade discussions in order to tackle critical new issues and to address concerns with the rules and processes of the existing trading system."

The report noted that the poorer outlook reflected weakening prospects in emerging markets such as Turkey, Argentina and Brazil.

"The further slowdown in 2020 is more a reflection of developments in advanced economies as slower trade and lower fiscal and monetary support take their toll," it noted.

Some emerging market economies that have moved into recession, including Argentina and South Africa, are expected to grow modestly in the next two years, the report said.

Brexit was one of a handful of factors undermining the global economic outlook, the report added.

The OECD said it was dismayed that the economic recovery was being supported by low interest rates and easy credit while investment and productivity growth remained largely absent.

"Entrenched inequalities threaten growth, intergenerational mobility, and fuel discontent with the integrated global economy, which has brought prosperity across large parts of the world,” Boone concluded.