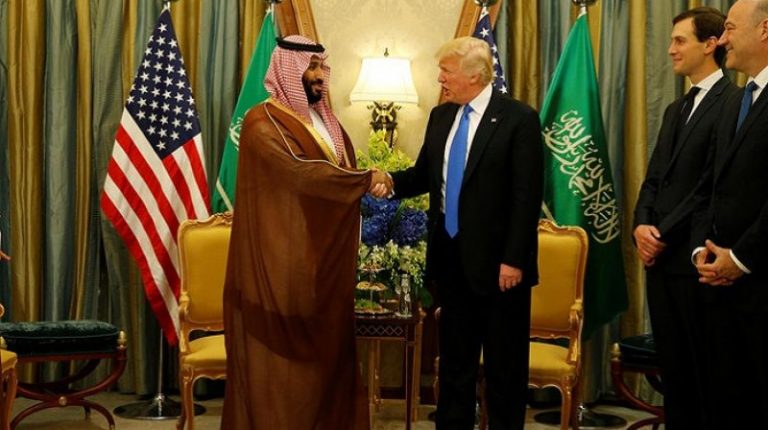 “King Salman and Crown Prince Mohammad bin Salman vigorously deny any knowledge of the planning or execution of the murder of Khashoggi,” Trump said in a press statement on Tuesday.

“Our intelligence agencies continue to assess all information, but it could very well be that the Crown Prince had knowledge of this tragic event – maybe he did and maybe he didn’t,” the statement read.

Trump asserted that Saudi Arabia is “a great ally” to the United States, in particular in the “very important fight against Iran.” He noted that Saudi Arabia offered investments of $450bn in the US that will create hundreds of thousands of jobs and tremendous economic development.

“We have already sanctioned 17 Saudis known to have been involved in the murder of Khashoggi, and the disposal of his body,” Trump added, in a clear indication that he will not impose sanctions on the second supplier of oil to the US.

Trump’s comments came after sources from the Central Intelligence Agency (CIA) told the Associated Press (AP) last Saturday that they believe that Bin Salman ordered the killing of Khashoggi in Istanbul.

The CIA’s findings, reported by Washington Post and AP, were strongly rejected by the Saudi Foreign Minister Adel Al-Jubeir and the kingdom’s embassy in Washington.

Al-Jubeir on Tuesday said claims that Bin Salman gave the order to kill the Saudi writer is false and “have no basis in truth.”

The Saudi journalist was murdered inside his country’s embassy in Istanbul last month. In the beginning, Saudi Arabia denied the killing of Khashoggi and gave various narratives, but eventually admitted that the murder was planned by a team of 15 Saudi officials and by orders of an intelligence officer.