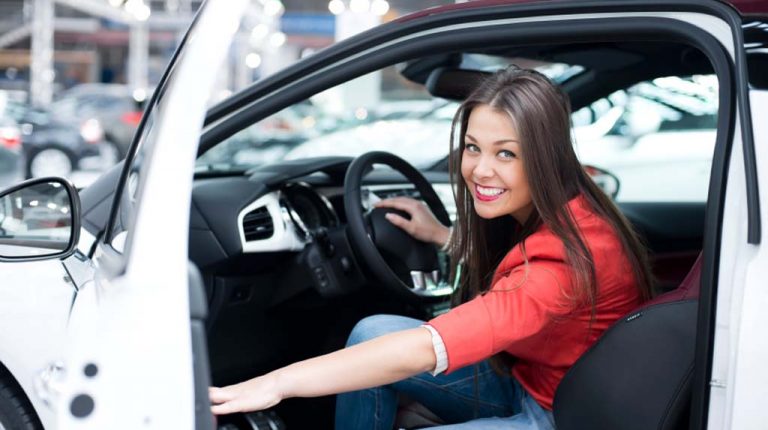 Most taxis you jump into have a male driver, due to the stereotype accompanying this profession commonly believed unsuitable for women.

Even though there are a lot of women who are professional taxi drivers, as for example, Uber Egypt chose three female drivers out of nine people and awarded them during the annual Uber Expo, held on Friday.

The Expo was attended by the company’s leaders, led by Ahmed Khalil, operations manager of Uber Egypt, and about 2,500 platinum drivers.

Moreover, Uber Egypt have over 1,000 female drivers who use the application as an economic opportunity, according to Uber Egypt’s latest report.

Despite the success that female drivers have achieved, they still face challenges.

In that context, Daily News Egypt listened to the female drivers’ stories to learn more about their journey as drivers in Egypt, and to find out what it might feel like to be working in such a male-dominated industry.

Also, DNE conducted interviews with men from different categories to learn more about their opinion towards riding with a female driver.

Uber female driver awarded for completing most trips this year

Mounir was awarded in Uber’s annual Expo on Friday as the one who completed the most trips this year.

Mounir is a senior student in Faculty of Commerce, in the Open Education Centre of Cairo University, and she also works as an administrative employee in a school.

“I liked driving since I was a child to the extent that I used to take the my father’s car without his permission then when I was in the second preparatory stage, my father taught me how to drive,” she said happily.

Mounir continued that after being divorced, she thought about getting an additional job to her administrative work at the school, in order to maintain the same economic life standard for her son, who is a college student .

“At the same time, my brother brought a new car to operate it in Uber, but he failed to manage his time between his basic work and his work in Uber, then he offered to exchange my car with his, taking the old one, and giving me the new car, and after that I applied to work in Uber,” she narrated.

She elaborated that after being accepted, Uber gave her a training course, including how to deal with the passengers, how to be safe in accidents, how to maintain the car, what is the sexual harassment and how to face it, how to use the application itself, how to use the GPS, etc.

Mounir explained that she faced at first my challenges related for being a female, as many passengers used to close the door of the car and run away, as when they would see that the driver is a girl, they would think that they entered a wrong car.

“They always worry at first from my driving then after some metres, they used to say that they were worried as I am was a woman, noting that after finishing the trip, they changed their mindset towards women’s driving,” she stated proudly.

“Despite being trained on how to use the application, I faced some difficulties at first in dealing with the application and understanding the GPS maps,” she continued.

Concerning the unforgettable situations during her journey with Uber in the last two and half years, she said that one day, she got engaged to one of the passengers, who proposed to her after meeting her while driving an Uber.

“Another situation that I cannot forget, was when I met a drunk passenger, who asked me to go anywhere, he did not mind, he just needed me to make him happy, but thanks to God I contacted the support hub which provides support to all drivers and riders in 16 countries from here in Egypt, and this support hub sent to me another three drivers with three cars who offered the passenger a free ride in any car that he chose from the three, giving him the excuse that I am tired and have to go home,” she continued.

By asking her what distinguishes Uber from other companies or from being a driver in a normal taxi, she stated that what with Uber there is flexibility and problem-solving, in addition safety for both the passengers and the drivers.

“My dream is to always keep my son proud of me and to become an entrepreneur,” she hopes.

Fatma Abdel-Raouf awarded for most lifetime completed trips in Uber

Fatma Abdel-Raoud was the second female driver who got awarded for completing the most trips ever since she started working with Uber.

By asking her how she managed her time, and if these huge numbers of trips that are translated to huge number of hours per day negatively affect her household responsibilities, she explained that what distinguishes Uber is the free-time management, elaborating that she has to work every day 12 hours but she is the one who is responsible for choosing which 12 hours, and also to choose if she wants these hours to be continuous or to intermittent.

“Hence, I faced no problem in completing the trips with Uber, however I enjoy my working hours, as one of my hobbies is driving,” she said.

She explained that she started working with Uber three years ago, after getting divorced to improve her income, noting that she is 52-years-old, and has a daughter who is a student in college.

Abdel Raouf explained that she has never faced any kind of sexual harassment, however people always wondered yet encouraged her when they found out that she is a female driver.

“Sometime when men enter the car, they say that women are always bad drivers, but after finishing the trip, they praises my driving,” she confided happily.

Do you accept to ride a taxi or Uber with a female driver?

As the two awarded drivers agreed that riders are always astonished when they see that the driver is a female, while some easily accepted the idea, and others refuse and cancel the trip, hence DNE conducted many interviews with men from different categories to know to what extent society accepts or rejects the idea of riding with female drivers.

For his part, Mo’men Yassin, a banker, told DNE that he has ridden with a female driver before, and “surprisingly,” her driving was comfortable, but overall he does not like women’s driving.

As for Ahmed Ali, a researcher, he stated that he once requested an Uber, but he argued with his wife because she rode beside the driver.

Meanwhile, Ahmed Bandoura, a senior student in Faculty of Commerce, told DNE that when he was going to buy the wedding ring with his fiancée, he made a request for an Uber, but “unfortunately,” he found the driver a woman.

“In order not to upset my fiancée, my mother told me to cancel the trip,” he continued.

By telling Bandoura that the female is working, so there was no need to cancel the trip, he said that the job is not a problem but women must work in careers suitable for them.

Disagreeing with Bandoura, Omar Fawzy, a teacher, said that there are professional female drivers, proved by the fact that he rode with a female driver to a slum area, with narrow streets, while her car was very big, but she dealt with it very well in terms of driving.

Meanwhile, Mohamed Ahmed, a journalist, said that he accepts the concept of having female drivers, but he doesn’t prefer it, explaining that men are better than woman in this field, as women are more fearsome when driving than men because they are emotional, and these fears translate to mistakes.

I think the problem is not in evaluating the driving of the women, the real problem is in changing society’s mindset which does not accept female drivers. However, in America and France, I saw women driving the underground metro not just cars, as the people there trust the women drivers,” briefed Ramy Reda, a banker.