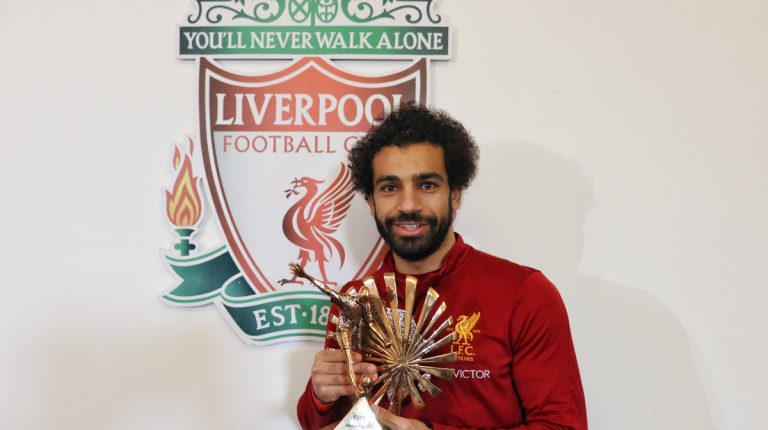 Egyptian star Mohamed Salah, the player for English Liverpool, has become a candidate for the “best player in Africa in 2018” award by the BBC for the second year in a row after he won the award last year.

Mohamed Barakat and Mohamed Abo Treka have been the starts of the golden generation of Al Ahly and Egypt’s national team. They both won the award before, as Barakat was the first player to win it in 2005, then Abo Treka in 2006, and Mohamed Salah followed as the best player in Africa.

But what have these three Egyptian stars offered to win the title? This is what we will look at next.

In 2005, Barakat radiated in Al Ahly under the leadership of Manuel Jose who managed -at the time- to lead the team through the Premier League and the African Champions League as well as the Egyptian Super Cup. Barakat was the scorer of the Champions League by seven goals. He played with Al Ahly in the World Cup in Japan for the first time in the club’s history.

Barakat had the final world in Al Ahly’s qualification for the final of the African Champions League after scoring three goals in Al Zamalek’s net in the first and second legs of the semi-finale of the championship. Then he scored an amazing goal against Étoile du Sahel in the finale.

Aboutrika sparkled in the 2008 season. He was entitled to win the CAF award, had it not been for the injustice he suffered in giving the award to Emmanuel Adebayor, Arsenal star at the time, but Aboutrika’s efforts in that season won him the BBC award.

Aboutrika led Al Ahly in 2008 to win the Super League title and the Super Cup, as well as the African Champions League. He also spearheaded the national team to win the African Nations Cup, having scored the winning goal in the final game against Cameroon.

He won the African Player of the Year award in 2017 after impressive performance with A.S. Roma and Liverpool.

Mohamed Salah scored 19 goals in his last season with A.S. Roma. After transferring to Liverpool, he surpassed all expectations, becoming their top scorer with 19 goals. He was granted the award in December 2017. He was the top scorer in the Premier League with 13 goals after 16 rounds. Moreover, he led the Pharaohs to qualify for the World Cup 2018 for the first time after 28 years. Salah scored two goals to beat Congo, the last of which was through a penalty in the 95-minute mark, thus awarding Egypt a seat in the World Cup.

Salah’s fortune to win the award this year is high. He won the Best Player Award in the Premier League in 2018 and as Golden Boot award, which is granted to the season’s top scorer after burying the ball 32 times.

The 26-yeard-old Mohamed Salah helped Liverpool reach the final of the Champions League against Real Madrid, having scored 10 goals. He also scored Egypt’s only two goals in the World Cup 2018.

Salah scored eight goals, assisted in four more in 17 games with Liverpool across all English and European competitions this season.