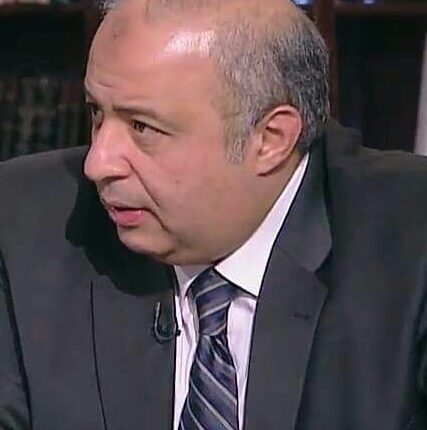 Egypt and the EU signed an agreement on 25 June 2001 in Brussels to establish a free-trade zone for a maximum period of 12 years from the time the agreement goes into gradual effect, while liberalising Egyptian imports from industrial goods of the EU extending to 16 years.

This agreement requires reducing European car customs to zero. This came into implementation in 2002 and was supposed to end in 2007, however, it continued until 2099 due to the Egyptian government’s request for a delay and an amendment a year later. Early next year, the customs will drop to zero.

Rumours spread every day in Egyptian streets on the real drop in the prices of cars. Some say it may amount to half the price of the car, which caused a perplexing state in car sales, almost causing a sharp decline in the fourth quarter (Q4) of this year. We had to speak to some specialists in the Egyptian car market in order to determine the dimensions of this issue.

A government source said that the target customs’ exemptions to be applied on European cars earlier next year is estimated at EGP 1.6bn.

The source added that the value of the exemptions of European cars according to the Egyptian Partnership Agreement amounted to EGP 4.5bn last fiscal year (FY), which increases the total of these exemptions to EGP 6bn this FY.

He said that there are attempts to impose additional unspecified fees on cars in general, including European cars, in order to compensate for the losses of the public treasury due to custom exemptions, however, market players are resisting this, as well as EU officials.

The discussions that took place earlier have suggested imposing fees ranging between 40-90% of the car’s value, according to the litre capacity, with the aim of preventing expansions in imports in order to maintain the value of the currency. However, these discussions have now stopped.

The source estimated the value of the remaining customs which European cars will be exempted from to be 30% on average. It would be less with smaller litre capacities and higher with larger capacities.

He pointed out that the value of the exemptions is expected to increase as a result of several importers importing from the European market, which will lead to pressure.

In this regard, Alaa El Saba, the chairperson of El Saba Automotive and head of the Cars Division at the Cairo Chamber of Commerce, said that the decline in the prices of European cars is not major. He stressed that the decline in the overall price of the car will only be 5%. He added that with the decline of customs on cars by nearly 8-9% of the total price of the car, the parent company will add about 4% due to the stagnation in car sales, which could take the percentage to about 5%, as previously mentioned.

El Saba elaborated that some companies are starting to take precautionary decisions to prevent the deterioration of sales in the (Q4) of the year and stirring car sales again. An example is El Mansour Group which announced that it will be paying the difference in car prices if they decline in January.

Furthermore, El Saba believes that clients have the freedom to buy now, or wait till the decision is enforced, however, a risk must be taken because the prices are unstable on a daily basis because of the major inflation.

He also stressed that Korean and Chinese cars will not be affected by this decision because they are very practical manufacturers who are able to present their cars for very distinct and competitive prices, and they have certain discounts, but without international agreements to support them.

Hussein Moustafa, an automotive industry expert and former executive director of the Association of Automobiles Manufacturers in Egypt, said that the decision does not have enough of an impact on car sales because European car sales do not exceed 15%. He also stressed that the customs decline has an unnoticeable effect on Korean and Chinese cars.

Custom reductions are applied gradually for several years, as the customs of European cars with a litre capacity of less than 1.3 litres reached zero two years ago, and the market did not feel a significant impact, added Moustafa.

Moreover, he stressed that cars of a litre capacity of less than 1.6 litres are affected by custom declines, but it must be taken into consideration that customs represent only a small part of the process of pricing a car, as there is the car’s main price, the marketing value, taxes, and development fees. He added that inflation in Egypt and liberalising the exchange rate all have an impact on car prices.

As for luxury cars whose capacity is over 2 litres, Moustafa expects a decline in their prices by 15% unless something happens to accommodate that increase, such as companies making offers on older models.

Moustafa also added that car companies usually resort to making price offers at the end of every year, right before new models are launched in order to stimulate the stagnating state. Some companies have already started marketing campaigns to create a drive.

He stressed that there is no return in terms of the decision to reduce customs, according to the statements by the minister of trade and industry and the ambassador of the EU in Cairo.

Noteworthy, EU Ambassador Ivan Surkos, has announced during the meeting of the Commission of the European-Egyptian Partnership several days ago, that Egypt will drop the custom tariff on European cars to zero, starting from 1 January 2019, according to the schedule agreed upon bilaterally in the partnership agreement between Egypt and the EU.

VW growing out of cheating crisis with third-quarter profit boost