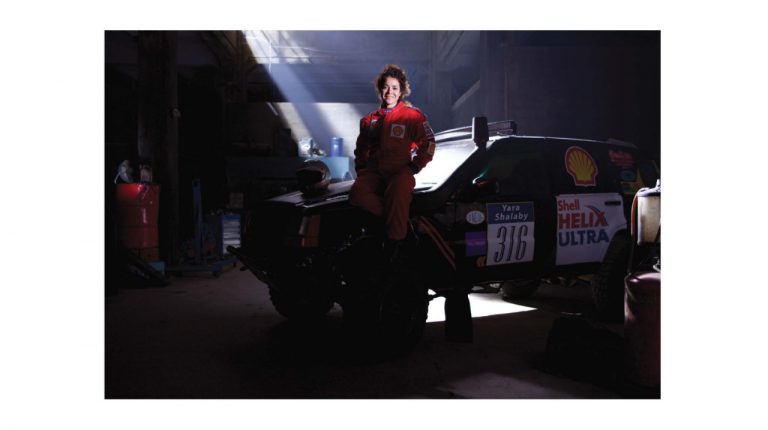 Through this sponsorship, the company will provide all possible ways of support to Yara, launching informational media campaigns about her, and providing her with technical support, as well as funding.

Sponsoring the Egyptian driver comes as a first step from Shell Egypt to enter the field of motorsport in Egypt, after the company has already sponsored plenty of other sports, such as football.

Saher Hashem, the managing director of Shell Lubricants Egypt, said during the press conference that the company pays attention to the role of women in society. He explained that there are several statistics showing that companies with women in leadership positions are more successful than companies with only men in leadership positions, which led the company to sponsor Yara to set an example.

He praised Yara, and her success in managing her practical life as a local and international rally driver, with being an employee in a bank, as well as a mother of a young child.

He stressed his pride and joy with the company’s sponsorship of Yara and encourages all Egyptians to support her too during her sports career.

During the conference, Yara narrated the story about her love and attachment to rallies since her younger days. She grew up in a house that loves sports and chose rallies because of her love for the desert and camping. She added that she lost her way in her first rally and could not reach the camp alone, but in the second rally, she managed to finish in an advanced position after coming across an obstacle and dealing with it.

She added that one of the major challenges she faces is the way society looks at her, as some criticise her because she is both a woman and a rally driver.

She also stressed the difficulty of motorsports, and the time and financial means that the sports require in order for a driver to reach more advanced positions. However, she emphasised her belief that women can occupy any position in any field through patience and passion.

Yara hopes to open a specialised school to qualify women to drive rally cars in Egypt and prepare them to enter local and international competitions. She added that many women anticipate with enthusiasm the opening of such a school as soon as possible.