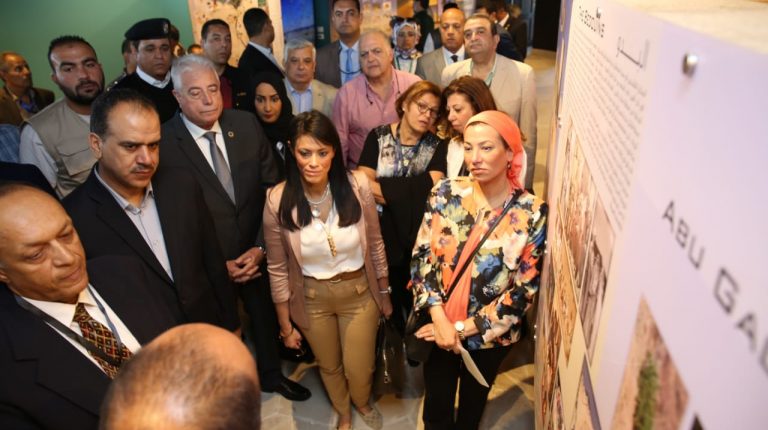 Egypt’s Minister of Environment, Yasmine Fouad, inaugurated on Saturday the Ras Mohammed Protected Area in South Sinai, after the first phase of developing the area which holds unique biological species. Fouad said that the first phase included renewing the visitors’ centre and service areas as well as renewing 12 km of the road to the area.

Fouad also added that developing the Ras Mohammed Protected Area is a start towards developing all the Egyptian 30 protected areas.

Cristiana Pasca Palmer, the UN assistant secretary-general and executive secretary on the UN Convention on Biological Diversity, and Khaled Fouda, the governor of South Sinai, Minister of Tourism Rania Al-Mashat, Jordan’s Minister of Environment Ibrahim El-Shahahda, and members of the Egyptian parliament also presented during the opening of the first phase of developing the protected area.

Fouad, the current president of the COP14, added during her speech before the 6th Global Biodiversity Summit of Local and Subnational Governments, that the global environment is also facing various challenges, including environmental change and countering poverty, as well as the dangers on the biological diversity.

Palmer and the Governor of South Sinai also presented in the summit which was held on Friday and Saturday on the sidelines of the 14th Conference of the Parties of the Convention on Biological Diversity (CBD COP14) in Sharm El-Sheikh, Egypt.

In her speech, Palmer said that the parties of the UN convention on biodiversity stressed the importance of the contribution of local communities in achieving the objectives of the convention. She added that goals of the convention include assuring ecological connectivity, providing positive incentives for sustainable land use, and promoting natural solutions for urban-rural linkages.

The summit aimed to gather governors, mayors, and other subnational government leaders from around the world, in order to engage directly with national leaders and their key stakeholders during the COP14. It focused on city and state level actions to mainstream biodiversity solutions into the new global developmental framework.

Moreover, the minister of environment headed a bike rally for 8 km on Friday morning, during the COP14. She said that the rally represents a message for the world to achieve harmony with nature and decrease the amount of air pollution resulting from of car emissions.