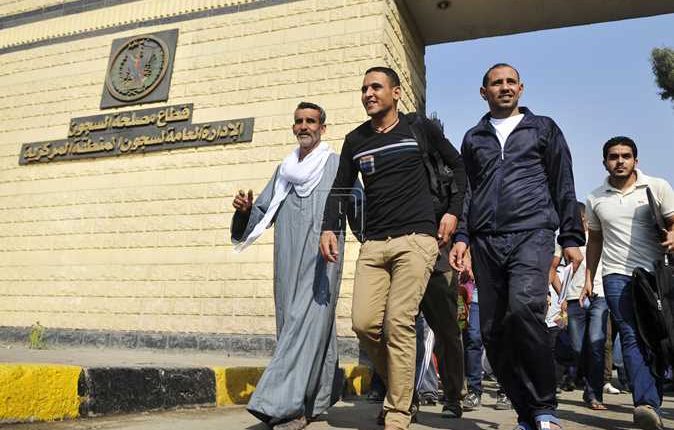 The Ministry of Interior pardoned a total of 1067 prisoners on Saturday, as part of the continual of the celebrations of victory of the Sixth of October War victory.

The move came as to implement the president’s decision to grant pardons for the prisoners who are still serving punishments on the anniversary of the October War.

The prisoners were released after a committee at the Prisons Authority Sector decided those who deserved the pardon.

Previously, the ministry granted pardons to a total number of 3,682. The number included 896 indebted people as part of President Abdel Fattah El Sisi’s initiative for taking all legal procedures to release such prisoners.

The indebted were freed as their debts had been paid by the Tahya Misr fund and some non-governmental organisation, said the ministry.

This comes within the framework of the ministry of interior’s keenness to uphold the values of human rights, and the application of penal policy in its modern approach, and to provide various aspects of care for guests, especially in communicating with their families, according to the ministry’s statement.

The state grants pardons to prisoners in a regular manner before major religious and national occasions.