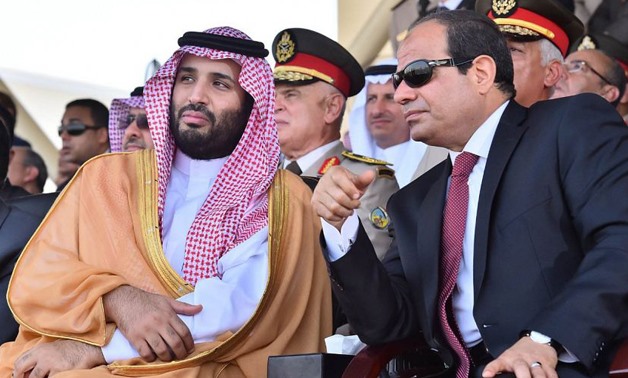 The Saudi Crown Prince Mohammed bin Salman is set to visit Egypt in his first foreign tour after the murder of Washington Post columnist Jamal Khashoggi at the kingdom’s consulate in Istanbul last month.

Those countries will include the UAE, Bahrain, Egypt, Tunisia, and Argentina where he will attend the Group of Twenty G20 summit. Bin Salman will likely meet with US President Donald Trump, who recently backed him in Khashoggi’s case, and Turkish President Recep Tayyip Erdogan.

Bin Salman started his tour by visiting the UAE on Thursday. He met with Abu Dhabi Crown Prince Mohammed bin Zayed, who highlighted the “strategic and strong relations” Between the two countries. Both addressed enhancing bilateral cooperation in various fields, the UAE news agency WAM reported on Saturday. They also discussed the recent developments in the war-torn Yemen.

Backed by the US, Saudi Arabia and the UAE launched hundreds of strikes in Yemen, resulting in the death of thousands of Yemeni people, including civilians, since the war began in 2015, as part of the Arab Coalition against the Houthis uprising in Yemen.

The Saudi journalist was murdered inside the Saudi consulate in Istanbul last month. In the beginning, Saudi Arabia denied the killing of Khashoggi and gave various narratives, but eventually admitted that the murder was planned by a team of 15 Saudi officials and ordered by an intelligence officer.