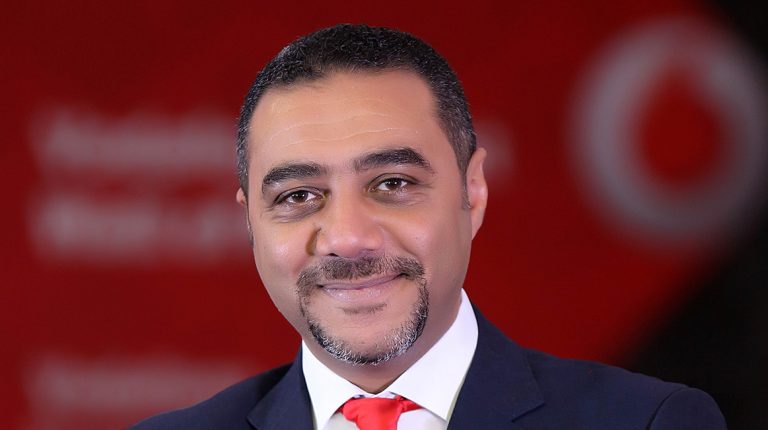 Vodafone Egypt has set its strategic plans for the coming three years to accelerate the digital transformation in Egypt through their solutions and services, infrastructure, and fibre optics development. Vodafone is investing more than €200m (EGP 4.5bn) in the current fiscal year (FY) to improve its network. Their goal is to invest in infrastructure and it is ready to spend more on it.

Alexandre Froment-Curtil, Vodafone Egypt CEO, said that the Cairo ICT Exhibition 2018 this year coincides with the company’s 20-year anniversary in Egypt, making it a great chance for them to affirm their contributions towards shifting towards technology and thinking about the company’s future.

Concerning the company’s vision and plans for the next three years, Froment-Curtil said that they’re focused on helping customers connect with a plan to speed up digital transformation in Egypt through their products and services.

“We are providing diverse solutions for individuals, and large and small companies, which contribute to digital transformation in Egypt,” he stated.

He pointed out that one of the most important things that help in achieving digital transformation is the development of infrastructure and fibre optics, which he believes to be foundational for the country, noting that Vodafone invests in infrastructure in all the countries it works in.

Vodafone supports the government in its vision towards the strategy of financial inclusion and that the transformation of the society into a cashless society. The company has the Vodafone Cash service with over 5 million users now, which reflects the digital transformation vision. “The mobile industry is capable of achieving financial inclusion,” declared the company’s CEO.

Commenting on the remarks of Vodafone International CEO regarding laying off some employees in several countries, Froment-Curtil said that Vodafone Egypt has a leading position in the field of information technology, among other Vodafone units, with highly qualified employees and experts in artificial intelligence and robots. “We have some 3,000 employees in Vodafone International Services and we hired 1,000 employees in the field of AI and Big Data. We are also reviewing our work system continuously, to discuss the updates and the products that can be introduced,” he replied.

Remarking on the landline services and the date of introducing them, Ayman Essam, head of the foreign relations, government and legal affairs department of the company, said that from the company’s point of view, the households are the ones that currently need the landline services, so it takes more time to study them to get the best results.

On the repayment of the real estate tax on the facilities used by the company, Froment-Curtil stressed that his company is committed to the laws and that it has always paid this tax.

On the impact of the decision to impose development fees on the company’s sales, Essam said that this decision, whatever its impact on sales, has contributed to controlling the market and prevented the smuggling of international calls.

He elaborated that Vodafone invests in the fibre optics in all 26 countries it operates in except Egypt, and that one of the tasks of Vodafone Egypt management is to convince shareholders of the importance of investment in fibre optics.

On the company’s social responsibility, he said that employees of the Vodafone Community Development Foundation are looking at how to influence and provide their services to schools, education, literacy, and integration of the needs and others. Essam said that the annual budget of the institution ranges between EGP 25m and EGP 30m, noting that they invested over EGP 450m in development projects since its establishment, in partnership with Egyptian civil society organisations.

Concerning the status of Telecom Egypt in the company’s board of directors, Froment-Curtil said that there is no problem in the long-standing partnership with Telecom Egypt, stressing the confidence of his company in finding a governance that protects the rights of all.

“Customers are our top priority. We currently serve about 44 million users in Egypt, and we are keen to gain access to all the provinces, not just Cairo,” he said.

Froment-Curtil added that they will participate in Cairo ICT this year with a focus on spreading 4G services, as well as Vodafone Cash. He noted that the company will sign a new partnership with E-finance during the exhibition in this regard.

Regarding the distribution of dividends, he said that the decision is up to Vodafone International. He noted that they were pleased with the National Telecom Regulatory Authority (NTRA) as an independent entity to measure the service quality, adding that his company has been the best in the last the years, and is ready to welcome more frequency bands at the appropriate prices to better serve their clients.

And on the sale of the company’s outlets scattered across the republic, he said that they currently have some 500 branches. Commenting on the investment in research and development, the company invests 1.5% of their total revenue per year in this field, partially through the Information Technology Industry Development Agency (ITIDA) while another part is spent directly on apps, Big Data, and AI.

As for the latest developments in the investment fund “Vodafone Ventures” launched by the company to invest in emerging companies, Froment-Curtil said that they previously entered into partnerships with start-ups through a model of buying shares or helping in the establishment. He added that this has changed, as the company believes that its role should be helping these companies through partnerships and not by buying stakes.

Vodafone Egypt has launched an investment fund, Vodafone Ventures, with a capital of EGP 20m, to invest in the development of small businesses operating in the field of the Internet, to support young people, and to encourage their innovations and technological creativity, as well as to develop the Egyptian economy.

The fund has invested in several companies, including Ogra to book taxis online, and Gyrolabs that connects TV services.

As for continued liberalisation of the price of fuel and its impact on the price of mobile services in the future, and whether the company will ask the NTRA to increase prices after that, he said that fuel prices impact operational costs, but the company will try to absorb these increases, so they do not impact users.

In another context, Froment-Curtil said that his company has the intention to always enter into partnerships with companies and entities that offer credit rating services to customers, as long as ther are within the NTRA’s framework.

Credit facilities granted by banks to clients increase by EGP 28.2bn in Q3 2018