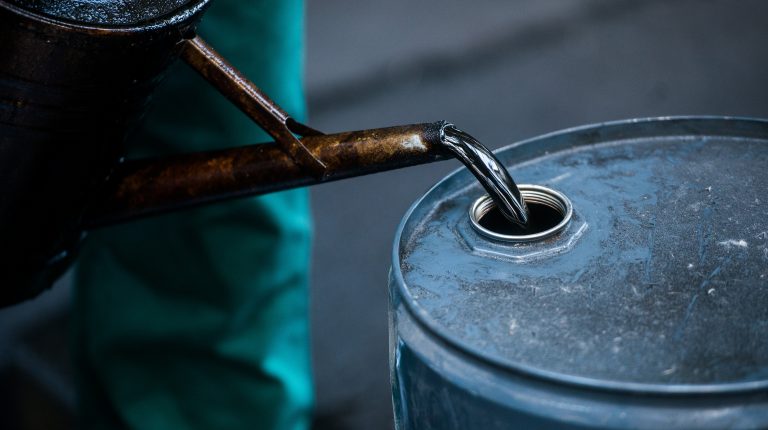 Oil price slumped to a low level not seen since October 2017, sagging investors’ confidence in energy stocks, even as OPEC considers voting on output cuts up to 1m bpd (barrels per day) in a scheduled meeting, which is to take place in Vienna, Austria on December 6.

If the major producers agree on production curbs during this OPEC meeting, this would imply a rebound in prices next year. Yet, the US president wants to see lower prices asTrump tweeted on Wednesday, “Oil prices getting lower. Great! Like a big Tax Cut for America and the World. Enjoy! $54, was just $82. Thank you to Saudi Arabia, but let’s go lower!”

Brent crude prices fell as low as $59.26 a barrel on Friday, a level last seen in October 2017,  a one-day drop of nearly 7% on Tuesday, among the sharpest in recent years, taking oil prices to the lowest levels of 2018.

The recent geopolitical events have sparked a key role in the decreased prices, and since May when the Trump administration said it would impose sanctions on Iran, traders have focused on the impact it could have on global supply. And Saudi Arabia, the de facto leader of OPEC, has been under international pressure after the murder of Saudi journalist Jamal Khashoggi at the kingdom’s consulate in Istanbul.

On the demand side, oil market traders are concerned about market oversupply, the insistence of Trump to decrease the price, and a series of factors have weakened its outlook. Moreover, Libya and Iraq have continued to pump more oil than widely expected and US shale output has exceeded expectations.

Egypt’s 2018-2019 budget assumed oil prices at $67 a barrel, a decline in oil prices which plunged by over 30% after reaching a high of more than $86 a barrel in early October. Every dollar above its budgeted oil price translates into EGP 4bn pounds ($222 million) in annual additional expenditure. The government plans to spend EGP 89bn on fuel subsidies in the current year.

Alia El Mahdi, an economics professor at Cairo University, considers this drop as a gift for the government saying “it may not need to raise fuel prices in the short-term”, she noted, adding, “the plummeting of oil prices helps the government fill in the gap between market price and its price, as they may be able to even save some expenditures in the energy sector.”

Egypt has increased fuel prices in June, which was the third rise under the terms of a $12 billion IMF loan deal, which included floating the pound currency in November 2016.

Former Egyptian oil minister, Osama Kamal, sees the instability of prices as a reflection of fluctuations that recently took place in the global political arena, “when politicians change their agenda, the market just responds.”