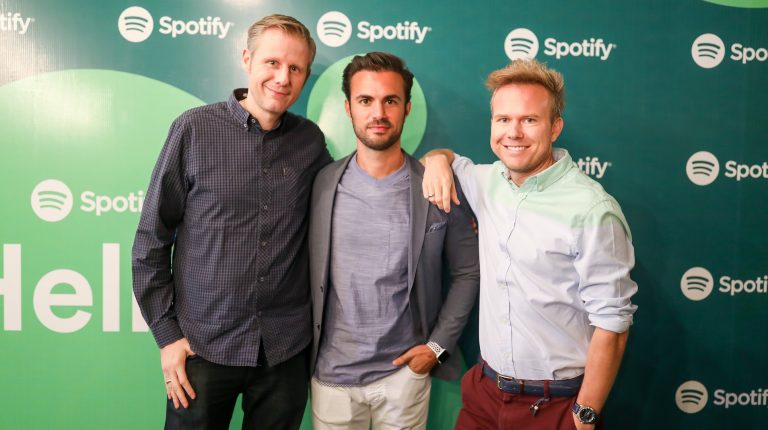 The total number of Spotify users reached over 191 million around the world. The company was prompted by the increasing number of internet users and youth under 30-years-old to enter the local market. The app has over 40m songs and 3bn lists. The platform receives revenues through subscriptions and ads.

Michael Krause, general manager of Spotify in Europe, Middle East, and Africa (EMEA), said that the focus on the Egyptian market was due to the growing number of youth under 30-years-old compared to Europe, as well as the increasing number of internet and mobile users.

He noted that Spotify was interested to enter the local market through an Arabic and Egyptian content, along with an Arabic version of the app, website, and customer service.

Spotify enjoys a huge user base with over 191 million listeners around the world per month. The app provides live broadcast service and free usage with ads, as well as premium ad-free experience. Users can also listen to music for free, or register for the Spotify Premium service for EGP 49.99 per month.

He noted that Spotify can suggest similar songs and help users explore new genres, along with a number of tailored lists.

The Spotify service allows users to browse, discover, and build music lists and collections and share them with friends. The app now has over 40m songs and 3bn lists available for free and premium users. Spotify for the Middle East and North African (MENA) comes with the best local and international music.

Claudius Boller – Managing Director of ME&A for Spotify, said that the free version of the app enables more people to use the app. The same thing has helped producers to profit from listing to their music on the app, noting that the app collects revenues from subscriptions and ads.

He pointed out that Spotify is distinguished with by personalised experience, where it analyses users’ behaviour to give them tailored results, adding that Spotify receives billions of data from users and analyses them to do so.

Tamim Fares, head of marketing and operations strategy at Spotify Middle East, said that the company signed deals and contracts with Egyptian artists, adding that they [artists] get revenues from these contracts.

Spotify has helped the music industry realize €10bn in profits since 2008. It recently launched in 13 countries in the Middle East and Africa, boosting its availability to 78 markets around the world.

“20,000 songs are added every day to the platform. We studied the pricing of similar apps in Egypt to be the cheapest around the world to match users’ purchasing power. We have over 87 million premium users per month and over 100 million free users,” Fares indicated.

He explained that Spotify provides the suitable music to all its users. MENA users will be able to listen to a distinguished list of local music, which will be periodically updated by the app’s team, including top hits, EDM, and tailored lists.

He explained that the feature of customisation enables users to easily find the music they like and explore new trends. Spotify users are encouraged to use the recognise taste feature which enables the app to customise the recommendations to fit each user’s taste.

Personal Discovery features include “Daily Mix” (a collection of music lists that bring together the user’s favourite songs with some new songs that we think they’ll like) and “New Music” (a list of new songs that are formatted based on the singers the user follows and listens to their music).

Most often, this list is updated every Friday. Furthermore, there is the “Discover This Week” menu (a list organised according to user’s listening patterns – soon to be released).

All this means that you are just a moment away from the music you love.

Spotify: How a Swedish startup transformed the music industry