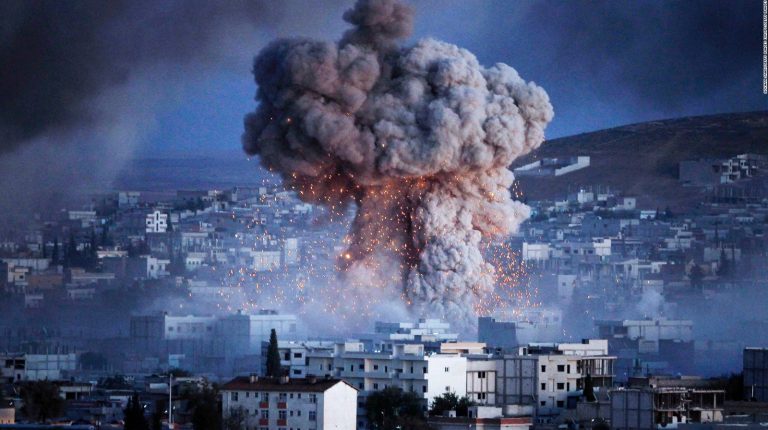 More than 100 people were wounded on Saturday in an attack in Aleppo, Syria, in a suspected toxic gas attack which is a first of its kind in the city, and is believed to be conducted by the Syrian opposition, according to Reuters.

On Sunday, the Syrian News Agency SANA said that 107 people, including children, were wounded in Aleppo after the opposition attacked three sites with toxic gases, but the opposition denied all accusations of using toxic gas, alleging instead the Syrian government of fabrication.

The Syrian Observatory for Human Rights said that the shell caused breathing problems for dozens of people. Another attack by the forces affiliated with the Syrian government resulted in the death of nine people in the city of Idlib.

The Syrian Ministry of Foreign Affairs called upon the united Nations’ Security Council to condemn the incident and punish “these terrorist crimes”.

Thousands of people have been killed in Syria since the beginning of the uprising in 2011. The uprising turned into a civil war and the regime of Bashar Al-Assad, the Syrian President, brought forces from Iran and Russia, in addition to the Lebanese Hezbollah militia, to support him against the rebels.

On the other hand, hundreds of jihadists from all over the world headed to Syria to support the Syrian rebels and the Syrian Free Army which is fighting against Al-Assad.