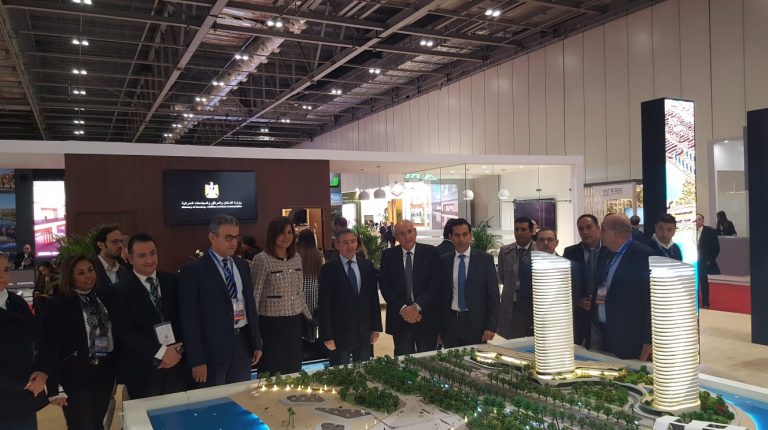 For the very first time, the Egypt Property Show (EPS) is currently being held in London from the 24th to 26th of November at the international convention centre ExCeL London.

It is being held under the patronage of the ministry of housing with the ultimate aim of showcasing Egypt’s unique real estate products, with a total of 12 Egyptian property developers participating in the exhibition.

The EPS is the second property exhibition to take place with the support of the ministry of housing following the recent Cityscape Global at the Dubai World Trade Centre in October. Abbas pointed out that Egypt’s experience in exporting property succeeded in Arab countries, noting that Egypt’s property has the competitive advantage of a considerably cheaper cost, when compared to real estate elsewhere in the world.

“The government has undertaken several measures to promote Egypt’s property abroad, most importantly the new Law which allows foreigners who buy property in Egypt to apply for residency permits.” Abbas noted. “The executive regulation of the Law will be issued very soon, in addition to simplifying the purchase procedure. It is expected that it will take no more than two weeks to grant the residency permit, as agreed with the ministry of interior, following the completion of all procedures to ascertain the security and legal status of the client.”

In an attempt to further promote Egypt’s real estate market abroad, the government recently approved a new Law which will allow foreigners to apply for a one-year residency permit if they buy property worth as little as $100,000. A three and five-year permit will be offered to those who acquire property worth $200,000 and $400,000 respectively.

Abdel-Mohsen Salama, chairperson of Al-Ahram institution said that EPS is organised by Al-Ahram, in partnership with Spectrum Consultancy, pointing out that the participation of the ministry of housing with its major national projects in new cities confirms the importance of the exhibition, and increases its strength.

Salama pointed out that London will be the first stop in a series of real estate exhibitions in Europe and other countries that Al-Ahram intends to take part in, according to a strategic plan set by the Al-Ahram Advertising Agency.

Mostafa Madbouly, prime minister and minister of housing, expressed his pleasure with the launch of the first exhibition in Europe for Egyptian real estate. The prime minister praised the significant and resilient growth of the real estate sector, which coincides with the implementation of several megadevelopments across Egypt.

Madbouly pointed out that the government, represented by the ministry of housing and a number of leading real estate developers, have started executive and practical steps to implement the ambitious initiative of marketing Egypt’s real estate abroad.

Madbouly stressed the high demand on housing in Egypt, with the first phase of units in New Mansoura achieving approximate sales of EGP 1.5bn in only 3 days. In addition, Egyptian expatriates have reserved the total number of land plots which were recently offered in the sixth phase of the Beit AlWatan project as soon as the site was opened for reservation, with a total value of $450m.

Nabila Makram, minister of immigration and Egyptian expatriates’ affairs, confirmed that the exhibition is a new aperture to promote Egyptian real estate market in European capitals, and affirmed Egypt’s vision for further progress in the field.

Makram noted that the EPS comes in line with the consolidation of the idea of ​​exporting Egyptian real estate, which President Abdel Fattah Al Sisi is keen to expand.

She added further that the exhibition is a good opportunity to market Egyptian real estate and present the country’s vision within the framework of the sustainable development strategy 2030.

City Edge Developments organised a welcome ceremony at the Egyptian embassy in London under the patronage of ambassador Tarek Adel, Egypt’s ambassador in UK. The meeting was attended by a number of VIPs, Arab and Egyptian businesspersons and investors living in the UK, as well as several British media professionals and journalists with an interest in real estate.

For his part, Amr El Kady CEO of City Edge Developments presented the impressive figures achieved by the company in the Egyptian market, through offering a number of projects over the last 10 months in 2018, which exceeded EGP 10.5bn in sales. These numbers are solid evidence of the success and continuous growth of the Egyptian real estate market.

El Kady noted that the aim of participating in the EPS is not only to achieve sales, but also to market Egypt, and its real estate market, as an attractive destination for foreign investment. He emphasised the importance of the steps undertaken by the government to support the export of real estate [selling real estate properties to foreigners and Egyptian expats in dollar] through granting residency to foreigners who purchase property.

Further, Omar El Dewy, sales director of City Edge Developments, said that the company aims to achieve 10-20% of its annual sales to foreigners through participating in international exhibitions.

El Dewy added that the company is presenting to London its latest projects in Egypt, namely Etapa in El-Sheikh Zayed City, North Edge Towers in New Alamein City and Zahya in New Mansoura City in addition to the upcoming Baroque in the New Administrative Capital.

Sprawling over 1,000 acres in the R5 district, Baroque New Capital is a fully integrated mixed-use development project featuring a range of amenities, as well as a variety of housing units.

City Edge also unveiled the Central Business District, spanning 1.71m sqm, it is intended to become a new world-class business environment which will propel Egypt’s economic growth. The district will comprise 20 towers for residential, commercial, and administrative purposes. It will also include the highest tower in Africa at a height of 385 metres.

Additionally, El Dewy noted that City Edge Developments will be exhibiting at the well-known global property event MIPIM 2019 in France. The company also intends to take part in future exhibitions in Kuwait and China.

Commenting on Tatweer Misr’s participation in foreign exhibitions, Ahmed Shalaby, the company’s CEO and managing director said, “Plans of exporting our real estate projects do not target Egyptian citizens working abroad, but mainly foreign clients. Studies show that British and Russian citizens, along with Arabian Gulf citizens, are quite interested in owning holiday homes in Egypt, which makes these countries ideal markets for this objective.”

Shalaby explained that it is important to provide a real estate product that aligns with the requirements of this target group of customers, especially that British and Russian citizens prefer touristic residential units as second homes, prompting the company to market Il Monte Galala and Fouka Bay accordingly to cater to this demand.

The Egyptian real estate market is quite affordable when compared to similar markets in the region, giving Egypt a more competitive advantage and a strong potential for expansion. In addition, we have recently partnered with Liverpool FC to stimulate the company’s sales using the club’s name to market our projects in the UK, which represents another part of our strategy to export our projects to Europe, he noted.

Kareem Radwan, sales director of Tatweer Misr, said that the exhibition is a good opportunity to tap into the international property market, noting that the company targets 10-15% of total annual sales to be completed by foreigners through international exhibitions.

Radwan pointed out that participation in the exhibition is a prelude to a strong presence in numerous international events, thus accelerating the attraction of local and foreign funds.

He revealed that the company intends to participate in real estate exhibitions in the US and Canada during 2019, attributing this to the strong purchasing power in North America and the growing interest in owing property in Egypt.

Elshiekh noted, “Following the devaluation of the Egyptian pound, there has been increased interest in investing in Egyptian property from a large number of Egyptian expats and many Arabs who live in London.”

He added further that Egypt is a popular destination for British tourists. Many pensioners are keen to buy holiday or retirement homes in established Red Sea destinations like El Gouna. The above average capital appreciation and rental income that comes with Egyptian real estate is also very appealing to foreign investors.

As with all exhibitions, developers are competing to provide attractive offers and payment facilities to achieve a greater proportion of sales. Emaar Misr is offering a limited time 8-year payment plan instead of the standard 7 years.

Equity for Real Estate Development has also come to London with an attractive 0% down payment and 7 year instalment payment plan.