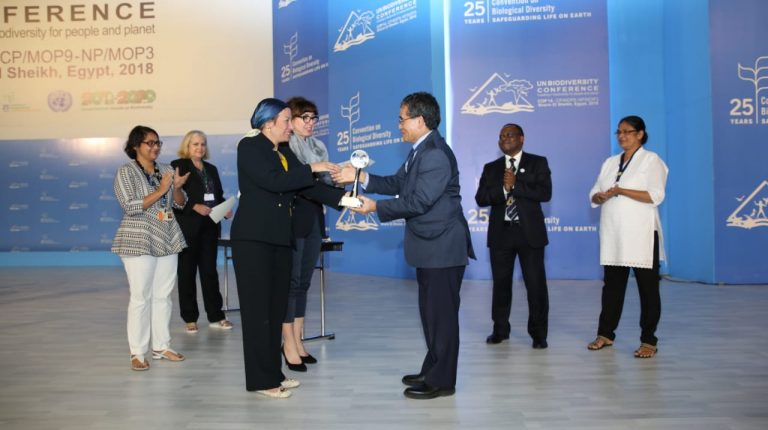 Egypt’s Minister of Environment, Yasmine Fouad, the chief of the14th Conference of the Parties of the Convention on Biological Diversity (CBD COP14), announced on Sunday, that Sweden has won the presidency of the executive office of the Cartagena Protocol.

The announcement came during a general summit in the COP14 which is being held in Sharm El-Sheikh from 17 to 29 November. The general session discussed fulfilling the procedures for approving the final documents and drafts for resolutions regarding the Nagoya and Cartagena agreements.

Yasmine honoured the winners of the information desk for implementing the biological diversity strategy. The winners are Indonesia, Sri Lanka, Guinea, Burundi, Colombia, and Morocco. The achievement awards have gone to Canada, Guatemala, Honduras, and Malaysia.

Cristiana Pasca Palmer, the UN assistant secretary-general and executive secretary on the UN Convention on Biological Diversity, said during the ceremony that the award is an appreciation for the parties that committed to the biological diversity agreement, and the international efforts for conserving biodiversity in accordance with the Aichi targets.