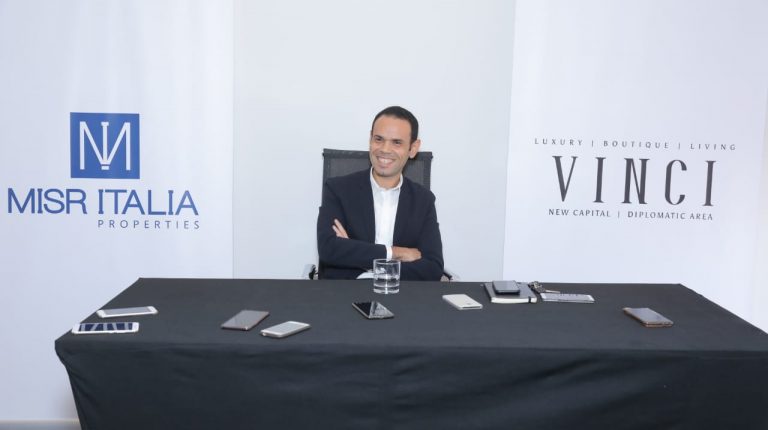 Mohamed Hany Al Assal, Co-CEO of Misr Italia Properties, said that Vinci project is covering an area of 110 feddan at a value of EGP 6.17bn, while the initial investment cost is estimated at EGP 9bn. After the massive success achieved by the previous project, IL Bosco.

In roundtable meeting held Monday, Al Assal determined that the project includes different varieties of Villas, Twin houses, Townhouses, in addition to luxurious apartments that range from one to four bedrooms. The project’s footprint totals to only 17% of the land leaving the remaining 83% to be developed into lush mesmerising greenery, a captivating entertainment sector, and a vibrant commercial area.

He revealed that Misr Italia Properties owns a 6 sqm land portfolio and manages a huge portfolio of projects including residential, coastal, commercial and administrative.

Al Assal noted that Kai Sokhna includes a huge residential resort, a 5-star hotel that entails entertainment and luxury services managed by Hilton which is worth investments of EGP 1bn.

He pointed out that Kai Sahel in the North Coast includes swimmable lagoons with a total shoreline of 1,200 metres and a 5-star hotel with EGP 5bn investments.

Located in New Cairo are the administrative project Cairo Business Park and the residential project La Nuova Vista which includes 131 villas of around EGP 800m worth of investments.

IL Bosco is located in the New Administrative Capital and is worth EGP 16bn of investments.

Al-Assal revealed that Misr Italia Properties has signed a partnership agreement with El Mostakbal for Urban Development for the co-development of a land plot of 268 feddan within El Mostakbal City project.

He added that, El Mostakbal City is a distinctive extension of the Administrative Capital and New Cairo with different and unique concept.

The underlying venture is assessed at EGP 22bn for the new project where it is expected to yield deals worth EGP 36bn.