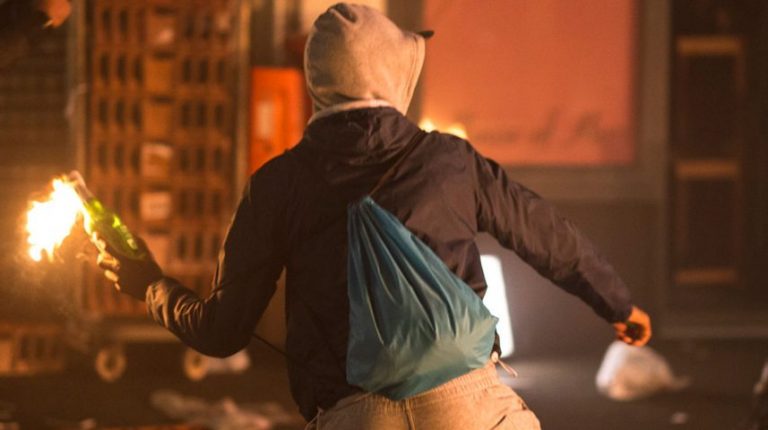 The film takes place against the backdrop of East London, where Leon (Marcus Rutherford) is a 19-year-old boy with an alcoholic mother. Chelsea is going through two fights.

The first is at home where he is oppressed by his family, and the second is in the unforgiving streets where he is chased by local gangs.

As Leon meets Twiggy, an upper-class beautiful blonde girl living a carefree life, where she is immune from the consequences of her actions. In the argument of Jamie Jone, Twiggy has the privilege of disobeying, while Leon does not.

For example, he must obey his mother’s abusive husband or gang leaders. This privilege, the lack of, is shown where Twiggy’s boyfriend is arrested and is shortly released, after Twiggy’s high ranking lawyer intervenes.

James captures the cold and dry feeling of tension and frustration ahead of the riots, and the heated fury it witnessed. The riots are not the centre of the film, nor the focus, but rather showcasing the lack of agency young people have in this part of England, while analysing this disenfranchisement from several levels of analysis: class, gender, and race.

These levels of analysis were absent when talking about the riots and judging those who were arrested.

Cinematographer Albert Salas and Jones’s script managed to reflect the clash between the two world’s of Twiggy’s and Leon’s. While Twiggy’s hipster lifestyle and activism is a personal choice, where she can experience revolutionary moments, Leon’s poverty is a fact that he has to deal with. That is not to say that Leon is not trying to get out.

He tries but doors keep shutting before him, first a rejection of several applications of work experience and then the closure of the boxing gym, where he thought he will blow off some steam. The riots which were inspired by the killing of Mark Duggan, a young black man approaches Leon’s home and befriends him, and he chose to disobey.

The film is not Jones’s first encounter with complex stories that have to do with violence and poverty. The idea that poverty so often evokes violence, has been present in several documentary films. The first was a BBC documentary about a group of amateur boxers who were training for the British Boys championships. For most people boxing is seen as a brutal and violent sport, but Jones wanted to explore the opportunities it afforded the impoverished boys.