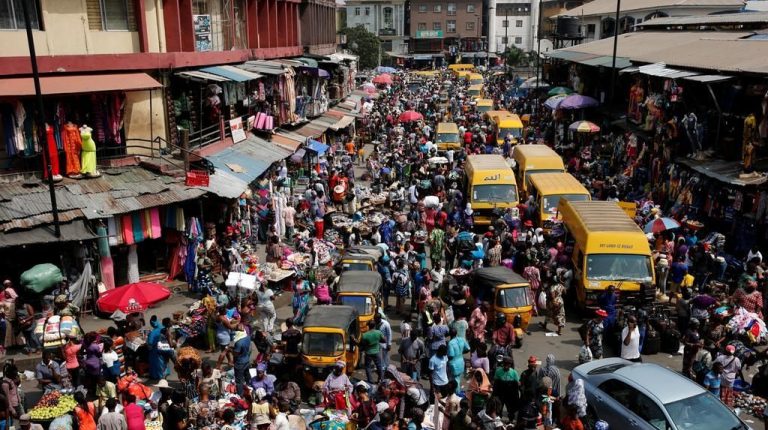 Egypt has for long been addressing overpopulation, being one of the top challenges facing the country, however, no clear vision has so far been introduced on how the state will confront the phenomenon.

Egypt has already created several birth control programmes, but many questions were raised recently over their effectiveness. Observers are questioning the progress of family planning programmes, believing they almost failed in facing the birth control issue, with limited achievements, as the Egyptian population witnessed unprecedented increases during past years.

Many campaigns were organised to increase peoples’ awareness about the potential problems when having more than two children. Clearly, the state needs to find more unconventional ways to convince Egyptians about the importance of family planning in light of difficult economic and living conditions.

Ayman Zahry, an expert in population studies, said that Egypt’s family planning programmes did not fail in confronting overpopulation, however they could not persuade citizens of the advantages of small families, citing several reasons, mainly religion and traditions.

Overpopulation became one of the major challenges threatening the country’s economy and capability of offering all citizens equal services, prompting the government to renew its previous calls for birth control. The issue of overpopulation has a big role in reducing the ability of the Egyptian state to deliver the most basic public services, including education, healthcare, and housing.

The national defence and security parliamentary committee, headed by Kamal Amer, held a meeting on Sunday to follow up on the efforts of the National Population Council to address the overpopulation issue. The council issued a number of recommendations that included strict measures to be taken on all state levels to stem overpopulation in Egypt.

The committee has been working to support the state’s strategy of birth control and family planning and Sunday’s meeting was its members’ seventh to tackle the issue.

Amer said that the Egyptian population is growing rapidly and all possible measures should be taken to contain this phenomenon and help the country face economic challenges in the coming period.

As for the committee’s recommendations, it began by suggesting the provision of special privileges for families with one child. Amer said that the state shall issue honorary certificates to parents who have one child, adding that this child shall be exempt from tuition payments at all education stages. He shall also be granted priority in the job market when he reaches employment age. For the parents, the state shall grant them life insurance after retirement and comprehensive health insurance.

In January 2018, parliamentary member Mohamed Masoud drafted a law of 13 articles which called on the state to develop and implement a family planning programme aiming to balance population rates by preventing privileges for a third child. But controversy stirred among parliament members over the bill, as some described it as unconstitutional, while others welcomed it.

On top of the measures, the committee suggested intensifying punishments on child marriages, which spread in Egypt particularly in rural areas, including those who contract this marriage. In addition, the committee addressed the government to increase the marriage age for girls and ensure that girls below 18 will not be allowed to marry. It is also recommended to prohibit early withdrawal from education.

For health, the committee recommended providing free contraceptives to women who only have two children through health units and hospitals nationwide, and to prevent the leakage of these substances so they are not used for any illegal purposes, Masoud added.

The committee said that media campaigns aimed to raise citizens’ awareness about the dangers of overpopulation are no longer sufficient, and now it is the time for strict measures to be taken to contain this phenomenon, taking into account the linking population growth to economic growth.

As for religious entities’ efforts, the committee said that government should seek help of religious institutions, both Islamic and Christian, to promote birth control initiatives in all governorates and stand up to the overpopulation problem.

In this context, Amer pointed out that clerics should inform people that the government does not aim to prevent birth, but family planning in order to increase economic growth.

He added that the committee recommended that the ministries of education and higher education play a greater role in implementing the new birth control strategy through changing education curriculums to include lessons on birth control, the advantages of small families, and the dangers of early marriage.

Moreover, Amer praised the Takaful and Karama (Solidarity and Dignity) programme, which has been launched by the ministry of social solidarity three years ago to protect poor people through income support, saying that it has been doing a good job in spreading the culture of birth control.

“This programme is based on the slogan ‘Two Children is Enough’ and offers many incentives for women and families in the Nile Delta and Upper Egypt governorates to feel the benefits of birth control.”

The Takaful and Karama projects are divided into two parts: the first aims to provide cash support to poor families who have children in different education levels to ensure that they will continue their education.

The other part is providing medical support to families with pre-school children, who are less than 6-years-old, and to pregnant women. The medical support requires that families implement all of the steps stipulated in healthcare programmes by the ministry of health. The maximum number of beneficiaries of this programme is three children per household.

On Sunday, the parliament’s health affairs committee voted during a meeting in favour of a grant agreement between Egypt and the US on birth control programmes, in which the US will grant financial aid to the government valued at $11m. The grant will also support the current birth control programme in general.

“To help achieve this objective, the agreement will help offer all the tools necessary to make birth control measures more appealing to families, provide training needed to improve family planning services in health units, and conduct a demographic survey of Egypt in 2018 to collect reliable and high-quality data on population and health in Egypt,” said the agreement.

Several of the programmes that were created on birth control became ineffective after the end of Mubarak’s 30-year era. Many of the countries that used to donate contraceptives stopped granting them to the state. Years ago, these contraceptives used to be financed by the state, but their prices are currently expensive and not affordable to all segments.

Late 2017, the state started a new family planning campaign titled “Lifesaver” to assist people to become committed to birth control. The campaign, sponsored by the ministry of health, aims to reduce the country’s expected population from 128 million people in 2030 to 112 million, thus helping the state achieve development which will contribute to improving the citizens’ living standard.

CAPMAS issues study on competitive advantages of exports, imports based on small industries