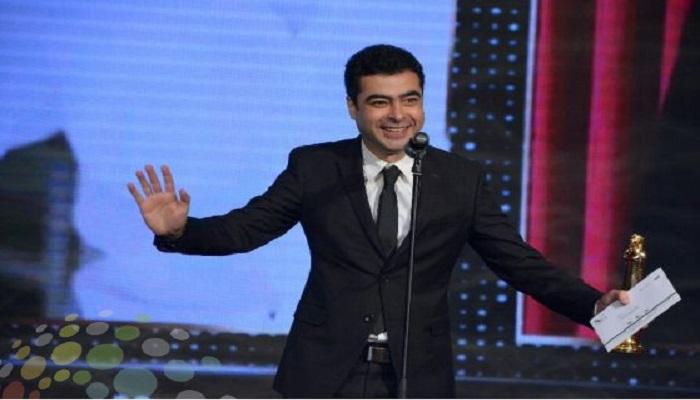 The 40th edition of the Cairo International Film Festival (CIFF) kept its tradition of honouring world cinema icons by giving them an prize carrying the name of the late Egyptian actress Faten Hamama, known as Lady of the Arabic Screen, in recognition of their careers which moved the hearts and minds of millions and made the seventh art even richer with unforgettable works.

The CIFF announced granting the Fatenn Hamama Honourary Award this year to British actor and two-time Oscar nominee Ralph Fiennes for his roles in the acclaimed films of The English Patient and Schindler’s List. Fiennes was also a Golden Globe nominee, and won the British Academy Television (BAFTA) award besides other prizes. He will be the CIFF’s guest and will receive the accolade in a gala screening of his newest film, The White Crow, both starring him and directed by him.

Marking the beginning of a hugely successful and diverse career, Fiennes is an actor capable of astonishing versatility and talent, both on the stage and screen. He entered the world of cinema playing Heathcliff in Wuthering Heights in1992.

The following year Fiennes portrayed one of the most memorable and crucial roles of his career in Steven Spielberg’s Schindler’s List.

He earned huge praise for his work in Quiz Show in 1994, and another standout performance in The English Patient in 1996, for which he received another Oscar nomination. Fiennes also continued to act on stage and earned a Tony Award for his portrayal of the title character in the 1995 Broadway production of Shakespeare’s Hamlet.

Fiennes gained further attention with his career reaching a new height when he starred as archenemy Lord Voldemort of Harry Potter, in the film series of the JK Rowling fantasy novels.  In the same year, he starred in the highly acclaimed The Constant Gardener.

In 2011, Fiennes made his directorial debut with a modern-day adaptation of Shakespeare’s Coriolanus, in which he starred as the title character. In 2013, he starred and directed the acclaimed The Invisible Woman. Additional credits include, Skyfall in 2012, and Spectre in 2015. In 2014, Fiennes received rave reviews for his role as the concierge Gustave H in Wes Anderson’s The Grand Budapest Hotel and in the Coen brothers’ Hollywood farce Hail, Caesar!

The White Crow centres on Russian ballet legend Rudolf Nureyev’s youth and defection to the West in 1961.

Fiennes is currently starring as Antony in the West End production of Antony and Cleopatra which will be released in January 2019. The British actor will be seen later this year in Holmes and Watson, where he will act along Will Ferrell and John C. Reilly.

Another Faten Hamama award went to Egyptian veteran actor Hassan Hosny whose long career has continued for more than 50 years, in which he has enriched the cinema, theatre, and television with hundreds of works, in addition to the fact that his presence was a common denominator in youth films which restored the popularity and charm of the Egyptian cinema. Hosny received the accolade in the festival’s opening ceremony last Tuesday, in addition to an inauguration of a book of his works.

He is one of the most prestigious artists who enriched both the Egyptian and Arab cinema with prestigious works. Hosny has also been a mentor and supporter to young stars in their experiences.

Hosny was born in Cairo in 1931. He loved acting from an early age and participated in most of his school plays. He received a number of medals from the ministry of education at the time.

In early 1960s, he joined the military theatre that was affiliated to the army where he performed in many plays. Hosny played small roles in a number of films as No Time for Love in 1963 and The Neighbourhood’s Girl in 1964.  In the mid-1990s, Hosny started a new distinctive phase in his career where he co-starred in films along with young stars as Alaa Wali El-Din, Ahmed El Sakka, Kareem Abd El-Aziz, Ramez Galal, Mohamed Saad, and Ahmed Helmy.

Finally, the Faten Hamama Excellence award which is given to mid-career artists who have made achievements of creative excellence, will be granted this year to a music composer for the first time, Hisham Nazih. He was the composer of phenomenal soundtrack music whose work created an altogether different trend in Egyptian soundtrack music owing to its novelty, fervent imagination and unique contrast to mainstream local and regional schools in this arena. Nazih is the fourth recipient of this award since it was first created in 2015 after Nelly Karim, Ahmed Helmy, and Maged El-Kedwany.

Nazih has a long list of unconventional prominent works, some of which received domestic and international awards. He was born on 23 October 1972, and since the beginning of his career, he showed the desire to be different and special, consequently his works were unconventional, surprisingly rich and modern.

His first film to compose its score was Hysteria in 1996 that was starring the late actor Ahmed Zaki and directed by Adel Adeeb.

He received best soundtrack awards for the films: El-Saher (The magician), Tito, Sahar El-Layaly (Sleepless Nights), El-Fel Al-Azrak (The Blue Elephant), and Al–Aslyeen (The Native) from both Catholic Centre Film Festival and Film Association Festival. For his work in Omar 2000, he received the Best Soundtrack Award from the Alexandria Film Festival.