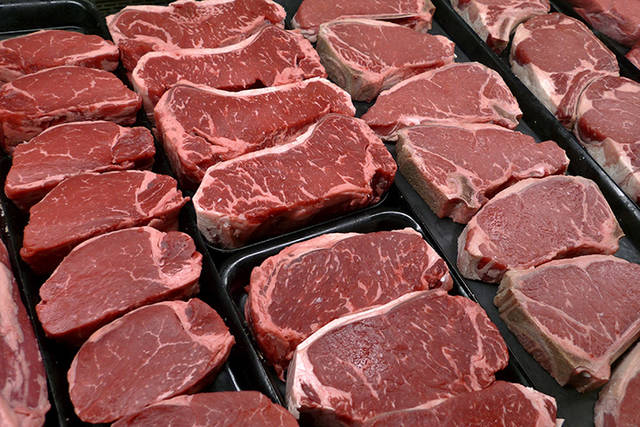 Following a discussion held last week at the ongoing 14th Conference of Parties (COP14), under the UN Convention on Biodiversity in Egypt, the outcome highlighted the importance of achieving the third target of the Aichi targets of the Convention on Biological Diversity (CBD). It stated that subsidies and incentives which are harmful to biodiversity must be phased out or reformed by 2020.

The vast majority of deforestation takes place because of a few commodities that end up in consumer products. Beef, soybeans, palm oil, and wood pulp are four commodities in particular that are key drivers of deforestation. “Meat and soy are the top two contributors to deforestation, we must eliminate financial and other support for these sectors,” stated Isis Alvarez, a Colombian biologist and a Global Forest Coalition (GFC) member, a worldwide coalition of NGOs and indigenous peoples’ organisations from 60 different countries. She added “Parties are talking about ‘investing in biodiversity’, but we need to talk about divesting from biodiversity destruction.”

In some countries, the political leadership has consistently demonstrated the country’s intention to favour the soy export industry at the expense of public welfare as in Argentina, the third largest producer of soybeans in the world, and the largest exporter of soybean meal and oil. President Mauricio Macri, in his successful campaign in 2015, promised to reduce taxes on agricultural exports, thereby indirectly subsidising unsustainable, monoculture soy production, destined mostly for European meat production.

In Brazil, one of the countries with the highest deforestation rates on the planet, the government has made heavy investments in the livestock industry, mainly through the Brazilian Development Bank (BNDES). Between 2005 and 2015, the amount reached $3.18bn. Notably, just three companies received 90% of the support, with one company, JBS, receiving more than half of the support. In 2017, $48bn went to agribusiness companies in the form of cheap credit while only $115.6m was allocated to combating deforestation and forest degradation. Deforestation in Brazil’s Amazon has also jumped by almost 50% during the three months electoral season that brought Jair Bolsonaro to power, according to preliminary official figures.

“Intensive livestock production requires large quantities of harvested feed which, in return, requires substantial areas of land while grazing animals such as cattle, which places additional stress on the state of earth’s forests, especially the Amazon.” says Alvarez.

Between August and October, nearly 1,674 skm—twice the side of New York City—of forest was converted to pasture which increased the deforestation rate up to 273%, while the rate stood at 114% during the same period last year.

In Paraguay, many livestock and soybean farms were established through fraud and land-grabbing at the expense of the rights of peasant communities and indigenous people. Cattle ranching and soy monocultures resulted in devastating deforestation throughout the country. Currently, the Paraguayan Chaco is experiencing the highest rate of deforestation in the world. In 2017, an average of 1,000 hectares per day were deforested in this region, “Much of the land for livestock in Paraguay was acquired via land grabbing, while wages paid by ranching operations are a third of the national minimum wage.” says Miguel Lovera from GFC Paraguay.

Some alternatives such as a rapid reduction in meat and dairy consumption and incentives for small-scale, localised, and ecologically sound food production, as well as community conservation initiatives were also proposed to support biodiversity conservation in those countries.