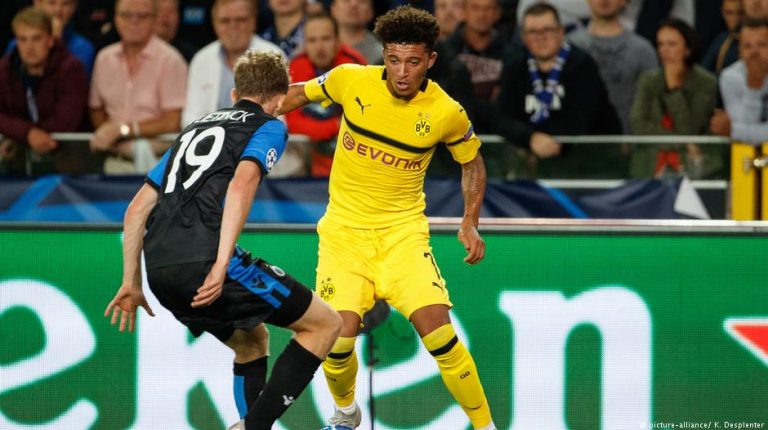 Borussia Dortmund can secure their place in the last 16 if they avoid defeat at home against Club Brugge. But the Belgian side proved awkward opponents for the Bundesliga leaders last time the two met. Follow it live.+++ Refresh page for live updates, all times in CET +++

7' – Sedate start here. Brugge are sitting deep and compact without the ball and much of it has been in the middle third so far.

3' – Pulisic has had a busy opening few minutes. The American was caught offside very early on and just got clipped on the halfway line while in the process of dribbling away from his man.

1' – We're off! That man Alcacer gets things underway.

20:55 – Worth remembering, with Dortmund as they are at the moment, that they only got 2 points in the group stage last season. That feels so long ago now.

20:50 – Both tonight’s early matches are now finished and there’s some excellent news for Schalke. The Royal Blues are in the knockout stages for the first time since 2015 courtesy of Lokomotiv Moscow’s 2-0 home win over Galatasary.

The other match was in Dortmund’s group, where Atletico Madrid eased past Monaco with another 2-0 win. That doesn’t change much for Dortmund at this stage, they still need a point tonight, but it could have a bearing on who tops the group.

20:45 – Hello, and welcome to the night where we'll surely see Borussia Dortmund join Bayern Munich in the last 16 of the Champions League. Dortmund's rivals Schalke could also make it through tonight, depending on other results and we'll keep you up to date with what's happening in Gelsenkirchen too.

Club Brugge are Belgian champions and are no mugs but with BVB unbeaten and top of the Bundesliga, it'd be a mjor shock if Dortmund didn't get the point they need to get the job done tonight. Lucien Favre's men were less convincing than they have been at times this season in the narrow victory over Mainz at the weekend and he'll want to see a little more conviction from his team tonight.

The Dortmund coach shuffles his pack for this one, with Christian Pulisic, Mahmoud Dahoud, Raphaël Guerreiro and the prolific Paco Alcacer all handed starts. Here are the teams.