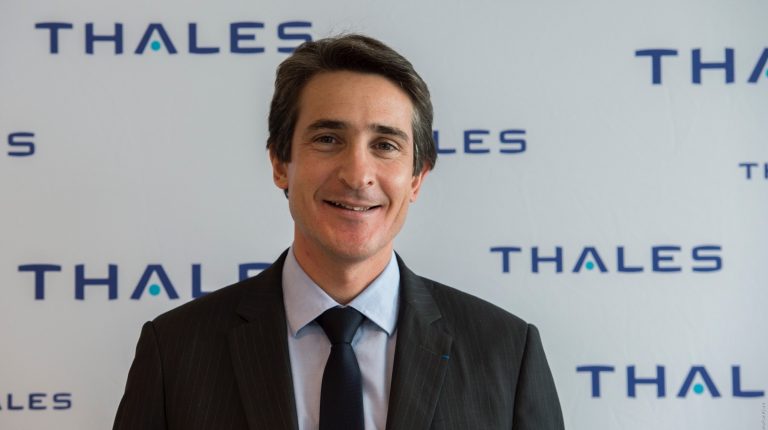 The globalisation of trade and commerce since the late 1980s has led in parallel to a globalisation of the labour market, in order to meet the huge needs of emerging economies. It is what we call today the ‘talent war’. Simultaneously, a global market for higher education has developed, driven by new, common diploma standards determining that schools and universities need to work harder than ever to attract the best students.

Competition is stronger than ever

This competition has become even more intense with the digital revolution and the rise of industry 4.0. Countries and companies the world over are aware that they need to attract those who have the highest potential—in the fields of artificial intelligence, big data, connectivity, cyber security, among others—and train tomorrow’s talents if they want to be leaders on innovation’s forefront.

“Countries and companies need to attract those who have the highest potential and train tomorrow’s talents”.

Emerging countries have long been focused on the construction of their economy, but they are now also beginning to treat education as a priority— often with spectacular results. Thus, China has built one of the most successful university systems in the world with nearly 7.5 million graduates in 2017, twice as many as in 2007. This focus on universities, as well as on heavy investments in R&D, has led to China becoming one of the world’s most innovative economies. The country climbed five places in the 2018 Global Innovation Index. China now ranks ahead of countries such as Canada and Norway, to name but a few.

The governments of India, Brazil and Russia manifest similar intentions – as do all countries that want to accelerate their growth in the coming decades.

Additional education leads to fresh innovation… and therefore, increased prosperity. The 2992 Nobel prize winner Gary Becker was the first economist to establish a clear link between investments in education and income growth, at both an individual and a national level. Relative to companies, his enlightening concept of “human capital” explains why companies who invest more in training experience further success.

Companies have an educational mission

As Chairman and CEO of Thales, but also as a citizen and as a father, I believe more than ever that our investment in human capital needs to evolve and intensify for everyone’s benefit.

How? I will talk about what I know best: businesses. I believe that a company can only exist and remain innovative if it takes its role in education very seriously.

There are different ways to do this. We know the strength of the German model, with its apprenticeship programmes for teenagers starting from the age of 14. A few years ago, the CEO of one of the largest German car manufacturing companies started out as an apprentice – demonstrating if need be, that companies can train and foster talents, setting no limits on their ambition other than their own commitment and desire to learn.

“A company can innovate only if it takes its role in education very seriously”.

Another method that we favour at Thales is to collaborate with academic ecosystems around the world. We support ecosystems with, of course, an aim of economic development, but above all for reasons relating to our most ambitious mission, which is designing, developing and implementing technologies that will concretely improve the daily life of all, i.e. to enable technology to assist mankind.

What we do in Canada is emblematic of this approach. Montreal is a fantastic hub of intelligence and knowledge, structured around prestigious universities and driven by a generous vision – the “Montreal Declaration for a Responsible Development of Artificial Intelligence”. That’s why we chose to establish a global research centre in Artificial Intelligence eXpertise, CortAIx, and a new extension of our Digital Factory.

CortAIx researchers hence collaborate closely with researchers from the Montreal Institute for Learning Algorithms (MILA), the Institute of Data Valorisation (IVADO) and the Vector Institute of Toronto to develop tomorrow’s technologies whilst honouring ethical principles.

Similarly, the company’s commitment to the ENCQOR project (the evolution of cloud services in the Quebec-Ontario corridor for research and innovation) is also based on partnerships with academic and research institutions. The ENCQOR project will boost innovation and enable the successful deployment of 5G throughout all of Canada,

This approach is the model for the dozens of academic partnerships we have established around the world. In France with the CNRS and top engineering schools, in the US with the MIT, in China with several universities in Beijing and Hong Kong, in India with the Institutes of Technology in Bombay and Delhi, as well as in many other countries.

Science has the power to make people speculate

A third way is for tech companies to commit to helping children and teenagers discover the infinite reservoir for amazement and intelligence that we now call STEM (Science, Technology, Engineering and Mathematics).

When it was launched 20 years ago, I was impressed by the 1992 Physics Nobel prize winner, Georges Charpak’s initiative (“La Main à la Pâte”) to renovate and promote the teaching of science and technology in France’s primary and secondary schools. The initial idea was absolutely luminous: to teach children how to observe and experiment, so that they could develop their understanding of the world, their ability to work together, and ultimately become smarter, more confident, and more creative adults.

It is an ever-inspiring success, and I was very happy to see the Thales Foundation reward an initiative launched by this structure to help students from 12 primary school classes in Châtenay-Malabry build and programme small robots.

“Stimulate the curiosity of young students who may become tomorrow’s researchers and engineers”.

This same societal and educational generosity has led to dozens of Thales technicians and engineers to get involved in projects worldwide. In England, in Crawley, with the Saint Wilfrids school, as part of the Arduino Challenge; in Germany, in Arnstadt and Ditzingen, to introduce children to scientific and technical careers and in the US, in Arlington, to help middle and high school students build mini rockets for the Team America Rocketry Challenge.

Because our employees know the emancipating power of scienctific education, engineers and technicians give their time to primary and secondary schools by organising workshops and competitions that stimulate the curiosity of young students, who may become tomorrow’s researchers and engineers.

For a new Age of Enlightenment

In his famous 1784 essay What is Enlightenment? philosopher Emmanuel Kant urged his contemporaries to have “the courage to use their own understanding and reason” to master their destinies. At exactly the same time, mathematician Jean d’Alembert and philosopher Denis Diderot proposed with their Encyclopaedia a prodigious display of the science and technologies of their time, with the same generous ambition of educating and emancipating mankind.

The ongoing digital transformation will require upcoming generations to possess more extensive scientific and technological skills than ever before. As tech companies are full of generous, curious, inventive and very well-trained talents, they must be ever more involved in creating a new Age of Enlightenment, through education and collective research, for the benefit of all.

Patrice Caine is the chairperson, and CEO of Thales Group