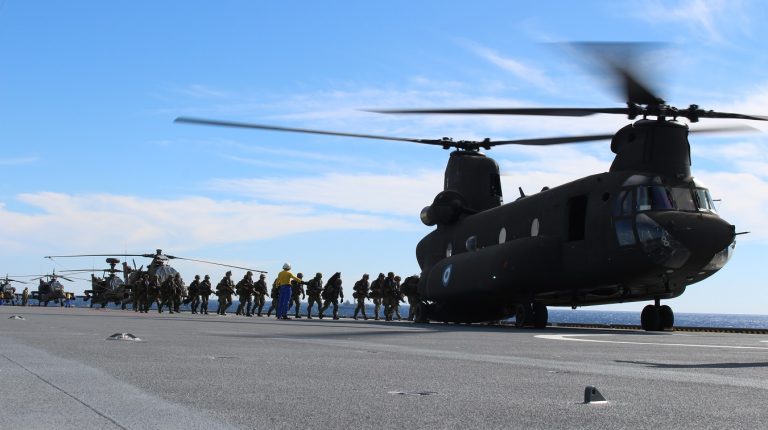 Egypt’s Minister of Defence, Mohamed Zaki, travelled to Greece on Wednesday to witness the major exercise of the country’s joint drills with the Greek and Cypriot naval forces in the Mediterranean Sea, dubbed Medusa 7, the military spokesperson Tamer El-Refaei said in a statement.

During his visit, Zaki will discuss with high-level officials in the Greek armed forces boosting military cooperation and discussing regional and international developments.

The exercises conducted in the Greek territorial waters in the Mediterranean will last for several days in the southeast Aegean Sea and on the island of Crete. Students from the Arab Academy for Science, Technology, and Maritime Transport (AASTMT) and a number of members of the Presidential Leadership Programme (PLP) are taking part in the exercises, according to the statement. The training aims to exchange experience and improve skills of the participants.

The exercise is part of a series of joint exercises between the Egyptian armed forces and friendly countries to exchange expertise and raise efficiency of the participating forces in these exercises.

In 2015, Egypt and Greece held their first joint exercise Medusa 5. The exercise is one of the most important drills in the Mediterranean, and reflects the level of cooperation between Egypt, Greece, and Cyprus.