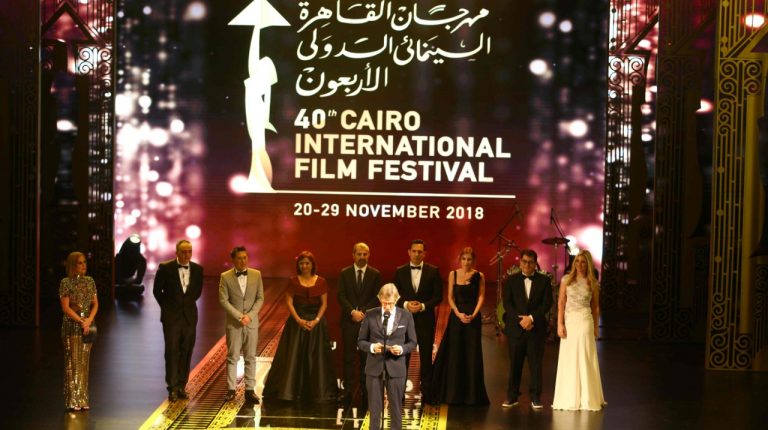 The juries of the 40th edition of the Cairo International Film Festival (CIFF) held a press conference on Monday to introduce the films in the various competitions, and to introduce themselves to the press.

On the panel also is Lebanese Actress Diamand Bou Abboud who received the Best Actress award in the last edition of the CIFF; the Argentinian writer and producer and Oscar nominee Juan Viera and Belgian star Natacha Régnier, who won the Best Actress award at the Cannes Film Festival as well as European Film awards and the César award. Additionally, joining the jury will be Egyptian award-winning director Hala Khalil; Italian director Francesco Munzi – winner of five awards at the Venice Film Festival, as well as Dhafer LAbidine, the Tunisian actor with a strong presence in Egyptian and International cinema.

August praised the efforts of the festival and said that he heard about the festival many times and agreed to participate as a jury head once he was invited.

Dhafer LAbidine said that he is glad to participate as a jury member this year adding that cinema is one language that is understood by the audience worldwide.

Actress Samal Yeslyamova said that she admired her experience so far as a jury member, which allowed her to watch and learn about several cultures and different stories. Meanwhile Hala Khalil, said that she is honoured to have been included in the jury.

In the lead of the jury for the Critics Week is Amy Nicholson, who writes frequently for the more prominent cinema magazines in the world. Joining her will be the Egyptian director Muhammed Hammad, whose first film Withered Green won over 26 international awards and who was also previously a film critic, as well as the Moroccan Ahmed Al-Hosny, president of the Tétouan Mediterranean Film Festival and manager of Washma cinematic magazine.

As for the Cinema of Tomorrow’s short film competition, its jury includes Algerian Director Karim Moussaoui, winner of several awards in the area of short films, and whose first long film Until the Birds Return, competed for the Prize of Un Certain Regard at the Cannes Film Festival. Another member is Yasmin Raees, winner of the Best Actress award at the Dubai Film Festival for her role in the movie Factory Girl, as well as German lecturer Cathy De Haan.

Finally, the newly-established Best Arab film award, the new award in the 40th edition of the CIFF, will be selected by a jury led by German critic Klaus Eder, secretary-general of the International Association of Film Critics (FIPRESCI). Eder is joined by award-winning Egyptian director Ayten Amin, as well as Tunisian producer Nadim Cheikhrouha.

Bille August is a Danish filmmaker who was born in 1948. He graduated from the Danish Film School in 1971 as a director of photography and subsequently worked as a cinematographer for film and TV. His first feature as director of photography was Homeward in the Night (1977), after which he quickly migrated to directing with the feature film Honeymoon (1978), for which he also wrote the screenplay. His film, Pelle the Conqueror (1987), was awarded the Oscar for Best Foreign Film as well as the Palme d’Or at the Cannes Film Festival.

The international success of Pelle the Conqueror resulted in the renowned Swedish director Ingmar Bergman asking August to direct a television miniseries he had written. The cinematic version of the miniseries, The Best Intentions was met with great acclaim, winning the Palme d’Or at Cannes Film Festival, thus admitting August to the esteemed company of only a handful of directors who have won cinema’s most prestigious prize twice. August has continued to make features in both Hollywood and Scandinavia, adapting literary works including The House of the Spirits (1993), Smilla’s Feeling for Snow (1997), Les Misérables (1998) and A Song for Martin (2001). He also directs for television, making a version of the play Details (2003) for Danish television, and episodes of the American series, The Young Indiana Jones Chronicles.

He was a member of the jury at the Cannes Film Festival in 2002, and was one of over 30 directors who contributed a short piece to the collective film about cinema, To Each His Own Cinema (2007). Apart from his numerous film awards, Bille August has been honoured for his work as a film director with both the Danish and the Swedish Royal Order of Chivalry and the French order Chevalier dans l’ordre des Arts et Lettres. 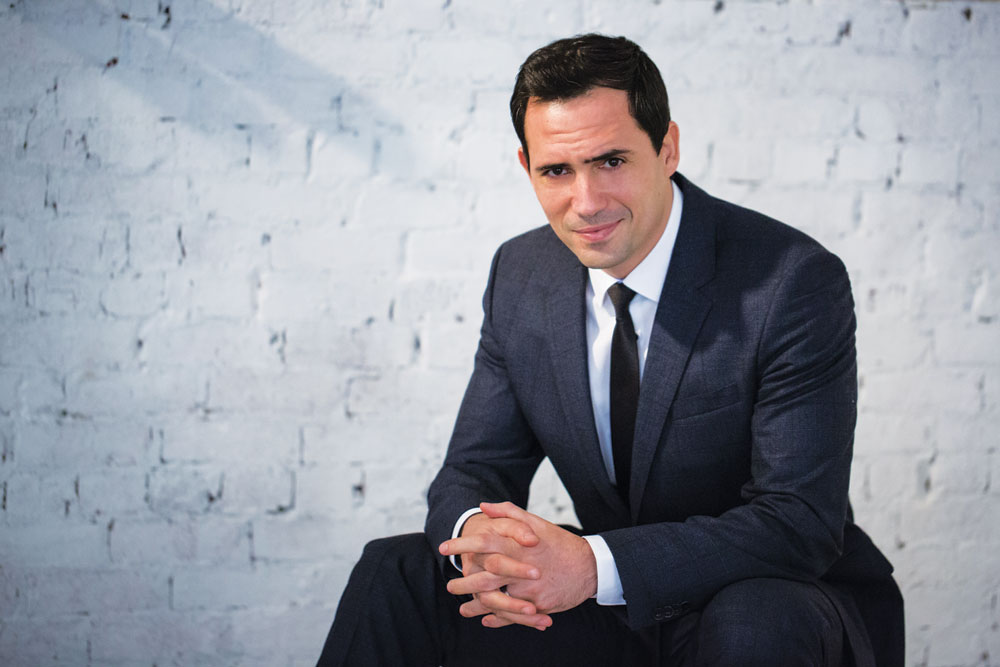 Dhafer L’Abidine was born in Tunisia in 1972. He studied computer science before moving to the UK to join the Birmingham School of Acting, from which he graduated with a Professional Acting Diploma in 2002. A year later, Dhafer made his acting debut in the UK in the popular TV series Dream Team Sky TV for two seasons. Before his sky-rocketing breakthrough in the Arab world, Dhafer L’Abidine enjoyed a successful career in the West, appearing in international film productions, such as Children of Men (2006), Sex and the City 2 (2010).

As for Arab films, L’Abidine starred in several Tunisian films, including Dowaha (Buried Secrets) (2009), which got selected at many international film festivals, Fin December (2010), and Fausse Note (2012). And outside Tunisia, he starred in the Egyptian action-comedy film Esmat Abu Shanab (2016). Francesco Munzi was born in Rome in 1969, and he is an Italian Film director and writer. He graduated in political science, and in 1998 obtained his diploma in film directing from the Italian National Film School. His first film Saimir won the Silver Ribbon as the best debut film, at the Venice International Film Festival and was nominated at the European Film Award. His second film, The Rest of The Night was screened at the 2008 Cannes Film Festival, at the Directors’ Fortnight section. He is best known for the 2014 film Black Souls, which won several awards at the Venice Film Festival and the best film, best director, and best script awards at the 60th David di Donatello Awards. In 2018, he directed some episodes of the French-Italian TV series The Miracle. 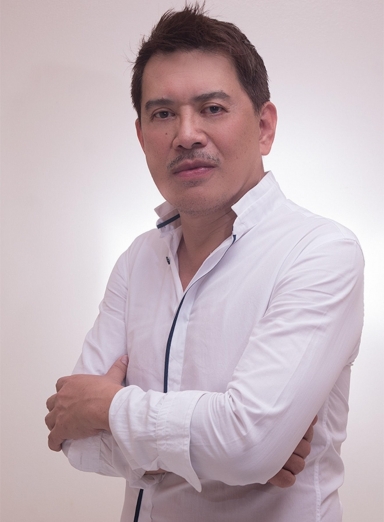 Brillante Mendoza was born in San Fernando, Philippines in 1960. He was the first Filipino to compete and won in the three major international film festivals. His film, Captive, competed in Berlin International Film Festival in 2012; his film Slingshot won the Caligari Film award in 2007, while his film Lola was nominated for the Golden Lion in 2009. But his most notable achievement is when he won the best director award in 2009 Cannes Film Festival for the film Kinatay. The year before, his film, Service was nominated for the acclaimed Palme d’ Or Award. In 2016, his film Ma’ Rosa won the Best Actress award (Jaclyn Jose) in Cannes Film Festival. The film has been Philippines’ entry to 2017 Oscars. He founded Centre Stage Productions (CSP) in 2005, an independent film production outfit that aims to rethink and rebrand Filipino cinema by producing meaningful and relevant films.

Mendoza became the first Filipino director to receive the title Chevalier dans l’Ordre des Arts et des Lettres from France.  For his achievements and stature in world cinema, various film festivals all over the world have invited Mendoza to sit not only as jury member but as jury president as well.

Juan Vera was born in Buenos Aires, Argentina, 1960. He graduated from The National School of Film Experimentation and Production (ENERC) in Argentina. In 2001, he produced Son of the Bride which was nominated to Oscar for best foreign-language film. In 2002, he produced El Bonaerense which premiered in Cannes Film festival at the Un Certain Regard section, and also the film won the FIPRESCI prize at the Chicago International Film Festival in 2002. In 2006, he joined the Patagonik Film Group as producer and artistic director. Since then, he has been in charge of the development and production of the films. He has taught at the ENERC film school. He currently gives seminars and workshops. He also writes short stories, and some of his writings have been published in literary magazines and newspapers. 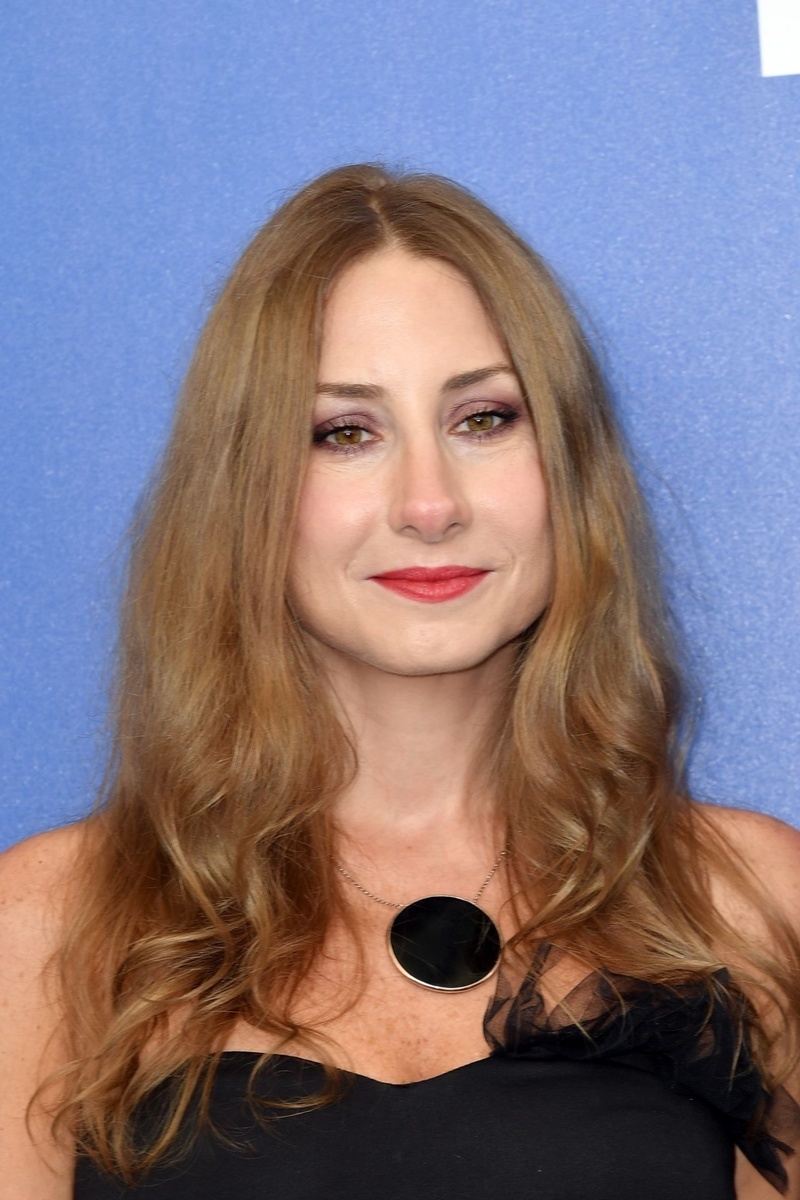 After receiving her master’s degree in acting and directing from the Lebanese University, Faculty of Fine Arts and Architecture, Theatre and Cinema Department, where she now teaches, Diamand Bou Abboud began her career in theatre. Her first short film Point Virgule which she wrote and directed earned her the Special Jury award at Beirut’s European Film Festival.

After appearing in Arab and International short films and TV series, she won her first roles in cinema in Samir Habchi’s Beyrouth Open City (2008) and Bahij Hojeij’s Here Comes The Rain (2010). Diamand played one of the main roles of Waynon (Void), which she co-wrote with Georges Khabbaz (2014), for which she received local and international awards. 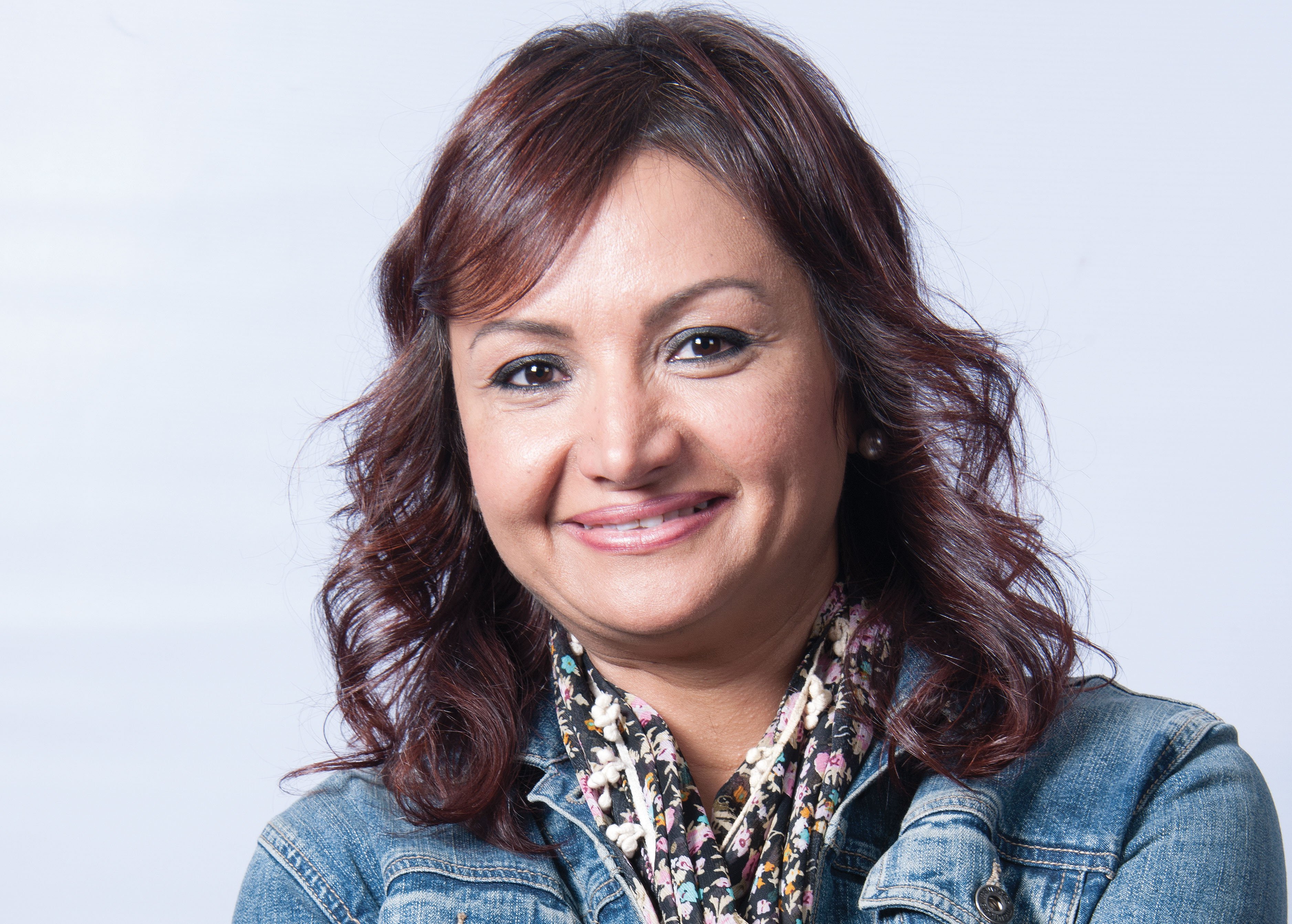 Hala Khalil was born in Egypt in 1967. She graduated from the Higher Institute of Cinema in Cairo in 1992, where she studied film directing. Khalil started her career by writing and directing short films and documentaries. Her short film The Kite (1997) travelled to many film festivals and won several awards and grabbed international attention. Khalil has written and directed three feature films. In 2004, she directed her feature debut The Best of Times, which garnered accolades from the Arab Film Festival, the Rotterdam International Film Festival, the Rabat Film Festival and the Egyptian Film Critics’ Association. In 2006, she directed Cut and Paste, and Nawara in 2015 which have been screened at various international film festivals and have won several awards and top honours at festivals in Egypt and overseas. She also participated as a jury member in many national and international film festivals. 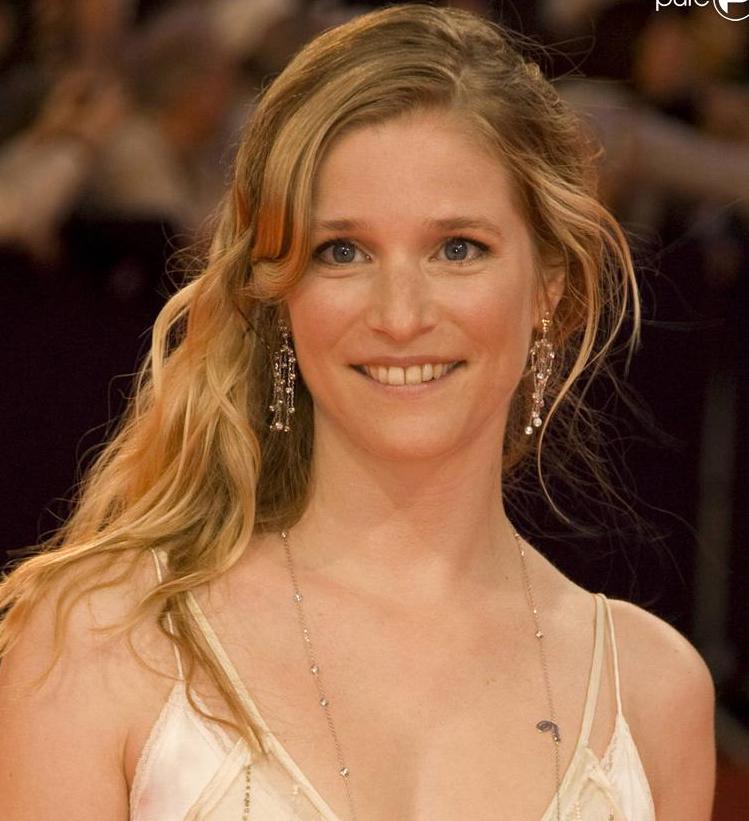 Natacha Regnier is a Belgian actress, and at a very young age she gained world fame after gathering three Best Actress awards from the Cannes Film Festival 1998, European Film awards 1998 and César awards 1999 (Best Promising Actress) for her role in The Dreamlife of Angels  by Erick Zonca. The year before, she won the Jean Carmet award for her role in Encore by Pascal Bonitzer.

Throughout her career, she worked with an impressive list of the most acclaimed European directors. For instance, she worked with Luc Bondy, Eugene Green, and Jane Birkin, and she also collaborated with Chantal Akerman, Lucas Belvaux, Emmanuel Bourdieu, Costa Gavras, François Ozon, Anne Fontaine, and lately with François Troukens, Jean-François Hensgens, Nicolas Bary and Sauel Tilman.

Natacha Regnier also has a very successful theatre career including plays like Living in the Fire, Haïm – The Light of a Violin and The Double Death of the Watchmaker. She has a contribution as a singer, recording songs with Yann Tiersen and Georges Brassens. 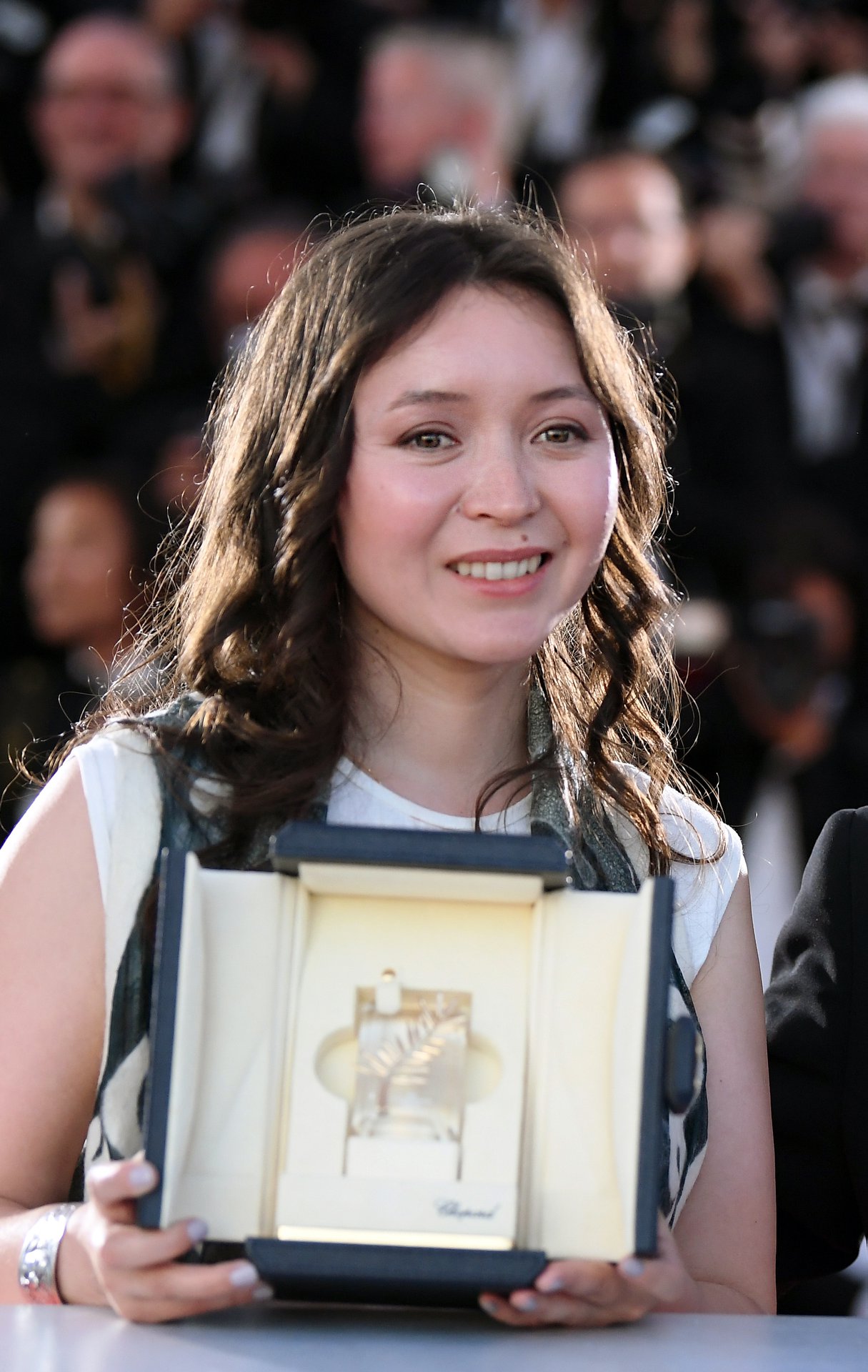