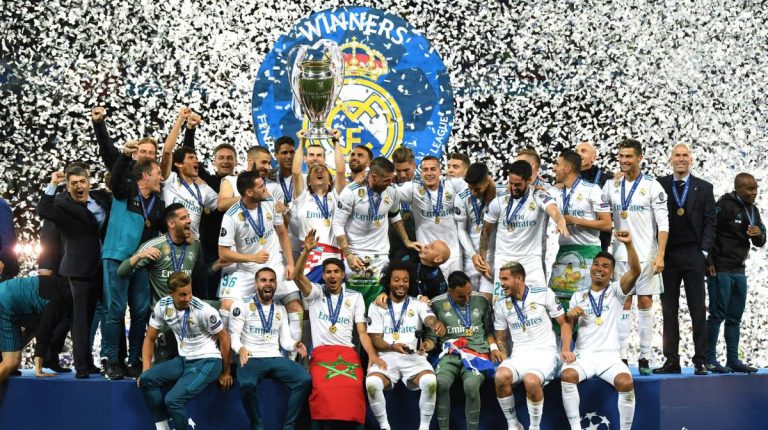 The first day of the fifth round of the Champions League yesterday, saw eight important and strong games, during which several teams qualified, while others left the championship.

Real Madrid is among the first teams to qualify for the round of 16 of the championship, after beating Italy’s Roma with two goals, topping the group with 12 points.

In the same group, Roma qualified after CSKA Moscow, lost to its guest FC Viktoria Plzeň of Czech Republic, both teams’ points stopped at four, five points less than the Italian team.

In Group E, FC Bayern Munich qualified for the round of 16 after beating S.L. Benfica of Portugal with a score of 5-0 at Allianz Arena, taking the lead of the group with 13 points.

The same goes for the AFC Ajax, which ranked second in this group and qualified for the next round of the Champions League, after a difficult win over the Greek team AEK Athens F.C., 2-0, to bring its score to 11 points.

Juventus also qualified for the round 16 of the tournament, leading the first group, after beating Valencia of Spain, with one goal to nothing, bringing up its score to 12 points. The Spanish team then left the tournament with five points.

Manchester United qualified for the next round with a 1-0 victory over Young Boys of Switzerland. The team has 10 points, ranking second in its group.

In Group F, Manchester City F.C. qualified for the round of 16 of the tournament, after reaching a draw with Lyon , to reach a score of 10 points.

The French champions’ Lyon qualification was delayed after the draw with Manchester City. It now has seven points, two points ahead of its rival Ukraine’s FC Shakhtar Donetsk. The next match between the two teams is scheduled for the next round. The winner will qualify for the round of 16.

The attack on Borussia Dortmund's bus: A time line