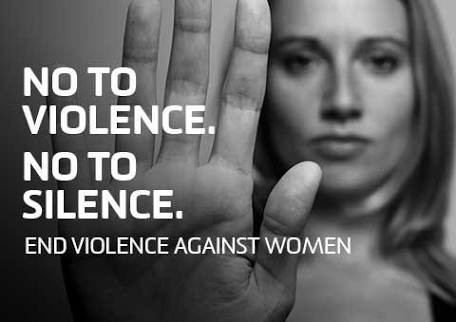 Starting from 25 November, Egypt and the whole world will celebrate 16 Days of Activism against gender-based violence, until the10th of December. Egypt’s celebration is divided into two parts. The first one is the civil society celebrations, and the second one is the governmental celebrations.

Starting by the governmental celebration, the National Council of Women (NCW) launched a national initiative to combat violence against women in public transport in cooperation with the ministries of investment and international cooperation, transport, youth and sports, the UN’s Women’s Programme, the EU, the French Development Agency (AFD) and the German Agency for International Cooperation (GIZ).

The campaign is entitled, “Your Life Is Stations, Do not Let Anything Stop You,” aiming to empower women and raise awareness between women on violence, aspiring to reach women in all governorates through public transport buses in order to raise their awareness.

According to the NCW`s press statement, social awareness is the basis for action to eliminate sexual harassment and violence in general.

Meanwhile, Mahmoud Tawfik, interior minister, stated that all police hospitals will provide medical examination for three days for women free of charge, starting from 25 November, during the celebration of the International Day for the Elimination of Violence against Women and the launch of the 16 days to combat violence against women campaign.

Concerning the civil society celebration, the New Women Foundation, in cooperation with Plan International Egypt, the National Population Council, ministries of youth and sports and education, the Union for combating Harmful Practices against Women and Children launched a campaign entitled “violence is not normal, I will not forgive it again,” aiming to eliminate all kinds of violence against women.

Also, the Tadween Centre for Gender Research has launched a campaign called “Harassment killed them.” The centre announced that the campaign aims to attract the attention of policymakers and decision-makers in Egypt towards the seriousness and persistence of crimes of sexual harassment against women and girls in public and private spheres.

Tadween also aims through this camping to investigate the reasons and motives of the increased crimes of harassment, and to identify the motives of the perpetrators behind these delinquencies.

Meanwhile, Nazra for Women’s Studies has launched a campaign entitled “without right” to highlight the gender-based violence that women journalists and lawyers face in Egypt in the absence of protection mechanisms.

According to Nazra’s press statement issued on the 25th of November, the choice of this particular issue comes as part of the focus of the international campaign of 16 days against gender-based violence this year as the topic of violence against women the workplace received substantial attention worldwide.

On the other hand, marital rape is the subject of the campaign launched by the Centre For Egyptian Women’s Legal Assistance, choosing the title of “not by force.”

The centre explained in a press statement that the reason behind the selection of this particular issue is to focus during the 16 days of activism, through its findings in support provision work services, that many women complain that they are subjected to sexual violence from their husbands, noting that women are often ashamed to disclose that this is the reason for their desire to demand divorce or Al-Khulu`, leading them to accept concessions in exchange for freedom from this marriage until they get rid of the marital violence.

According to the centre, these pressures lead to that women sometimes thinking about suicide, especially if women cannot not get a divorce from her rapist husband.