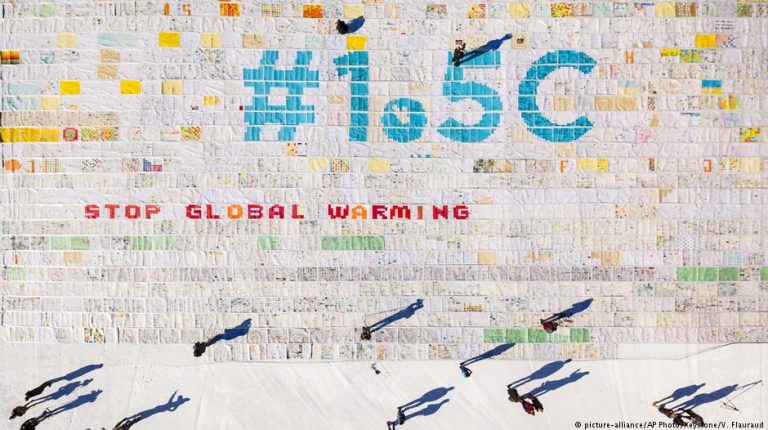 There’s a lot at stake at the UN climate conference in Poland. Delegates will be scrambling to save the Paris Agreement — and the multilateralism of the United Nations.It was just three years ago. But the euphoric celebrations in Paris now seem a distant memory.

The United Nations' 190-plus states had finally wrestled together an agreement that the Earth's temperature shouldn't rise by more than 2 degrees Celsius (3.6 degrees Fahrenheit) above preindustrial levels. Better still, that it should go up by considerably less.

"This is a historic moment for climate protection," then-German Environment Minister Barbara Hendricks told DW at the time. "Most children alive today will still be here towards the end of this century. And that's why it's important that it doesn't heat up more than 2 degrees."

Now, as delegates from around the world prepare to meet again, this time in Katowice, Poland, the euphoria has dissipated.

A year after the Paris Agreement, Donald Trump was elected president of the United States. It wasn't long before he withdrew from the climate treaty.

"As President, I have one obligation, and that obligation is to the American people," Trump said at a press conference in the garden of the White House, claiming that the climate agreement would hurt the US economy and jobs and undermine the country's sovereignty.

Others, including Iraq, Iran and Russia, are yet to ratify the treaty. And in Australia and Brazil, right-wing and nationalist governments have gained power, pushing climate protection off the agenda.

Meanwhile, the Intergovernmental Panel on Climate Change (IPCC), a body of around 900 scientists from around the world, warns that cutting emissions couldn't be more urgent.

Read more: UNEP: Still a chance to put out 'climate fire' — here's what we need to do

Even US authorities are warning of the horrors that climate change has in store, despite the US president apparently not believing it's happening. A government report said rising temperatures would wreak havoc on the US' natural environment and economy unless we act fast.

Which is why campaigners say the meeting in Poland must reinvigorate the Paris Agreement and get the momentum going again.

UN member states need to work together. Their targets should be coordinated and, above all, transparent. And rich countries need to show the solidarity with the developing world they pledged in 2015.

Industrialized countries promised that from 2020 they would make $100 billion (€88 billion) available each year to help poorer countries avoid emissions and adapt to the changing climate.

"Developing countries should really be able to rely on the promised financial support," German Environment Minister Svenja Schulze told the German parliament a few days ago.

Read more: Can Poland end its toxic relationship with coal?

Much depends on the European Union, which has always tended to be more progressive than the US on climate change, and whose leadership is needed more than ever.

But even in Europe, not everyone is taking the issue seriously. Eastern European countries in particular fear that cutting emissions will hurt their economies.

"The EU has actually always been an important and constructive player in these negotiations, something of a pioneer in climate diplomacy," Lutz Weischer of environmental group Germanwatch told DW. "But it's just too tentative, too weak, and should actually set itself higher goals for Katowice."

In fact, EU countries are struggling to meet their own climate targets for 2020. In Germany, for example, greenhouse gas emissions have been on the rise again.

"There is a coalition of small island states and poor developing countries that have the goal of using only renewable energy. Countries that are under strong pressure from the fossil fuel industry, such as the US and Saudi Arabia, are slowing down."

Weischer points out that technology has made huge leaps forward, with renewable power now competitive with fossil fuels and electric mobility offering a real alternative to the combustion engine. But governments need to join together and put their foot on the accelerator.

"The climate protection train can no longer be derailed," he said, adding, "the problem is that this train is not running fast enough."