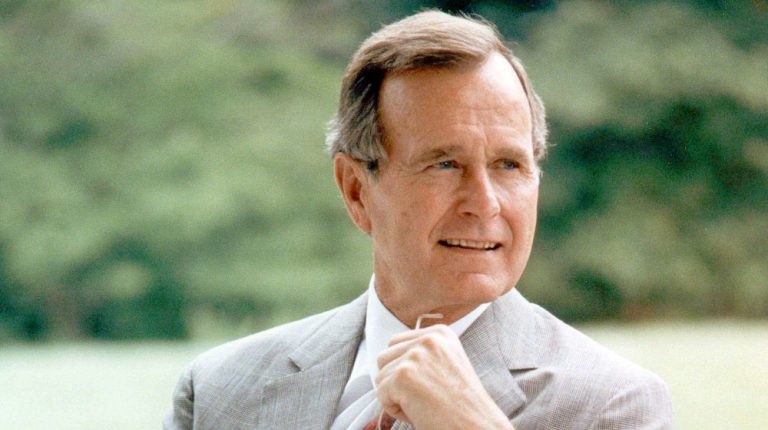 Former American President George HW Bush, died at the age of 94 on Saturday, according to a statement from his family. His son and former President, George W Bush, said on Twitter, “Jeb, Neil, Marvin, Doro, and I are saddened to announce that after 94 remarkable years, our dear Dad has died”.

Bush was born in Milton, Massachusetts. He is the son of Prescott Bush and Dorothy Walker Bush. He dropped his university studies after the Pearl Harbour attack in 1941, joined the US navy at the age of 18, and became the youngest pilot in America at the time. He served in the army till the end of the war, entered Yale University, and finally graduated in 1948. He then moved with his family to west Texas where he worked in the oil field, becoming a millionaire at the age of 40.

Bush was a veteran and a politician. In 1970, he was hired as the US representative at the UN, then headed the CIA in 1976 and 1977. During the period 1981-1988, he was as the American vice president during the tenure of Ronald Reagan.

George HW Bush was the 41st Republican President of the US, his tenure lasted from 1989 to 1993. He led America in the second Gulf war against Iraq along with 27 countries, including several Arab and Islamic countries.

His presidency witnessed several international and regional changes, most significantly, the collapse of the Soviet Union, the fall of the Berlin Wall, and the fall of the socialist bloc as a whole.

Bush’s presidency ended in 1993, and later he established his presidential library in 1997. He was an active humanitarian, and mostly worked with Clinton on strengthening their humanitarian efforts. With his son winning the presidential elections in 2000, they became the second father and son to assume the presidency, after John Adams and his son, John Quincy Adams.

Bush is the father and the author of the term ‘New World Order’.

Saddam Hussein, the Gulf War and the new Middle East

The perils of American disengagement from the Middle East