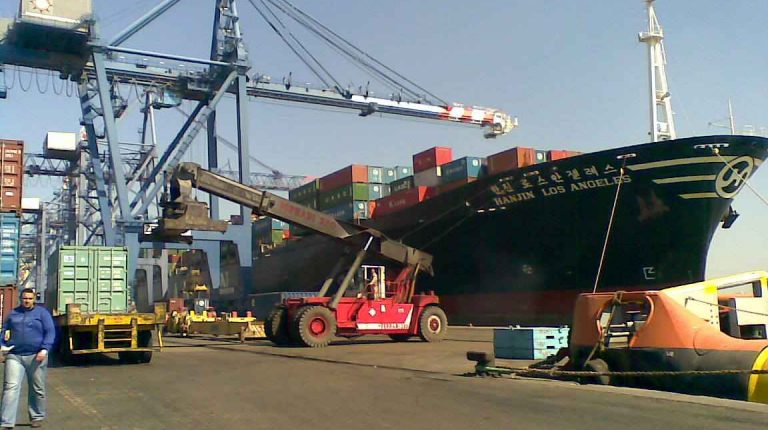 Egypt announced ending discounted customs exchange rate starting from December for imports of some goods that are considered non-essential, the finance minister said in a statement on Friday.

Egypt had set a monthly fixed customs exchange rate in January 2017, following the flotation of local currency in November 2016.

During recent months, the customs rate for all goods had been set at EGP 16 to the dollar. On the currency market, Egypt’s pound held steady in a narrow range of EGP 17.78 to EGP 17.98 to the dollar over the last six months.

Starting from 1 December, the customs exchange rate for strategic and essential goods will remain at EGP 16, while the rate for non-essential goods will be set as the average exchange rate listed by the Central Bank of Egypt (CBE) in the preceding month, said Finance Minister Mohamed Moeit during a press conference carried by the state-run Middle East News Agency (MENA).

This decision raised many questions, such as what would be the impact of this decision on the market? Would it lead to increasing the inflation? What would be the pros and cons of the decision? Hence, Daily News Egypt interviewed a number of experts and importers to discuss the issue, the transcript for which is below, lightly edited for clarity:

The Friday statement explained that non-essential goods include tobacco products, alcohol, pet food, and cosmetics. Other goods, such as mobile phones and computers which are exempted from customs duties, goods including furniture and shoes that are manufactured locally, and cars and motorbikes, will also be subject to the new rate.

Industrial and agricultural raw products will still be imported at the discounted rate, according to the finance minister’s statement.

He continued that this decision has no advantages but only negativities, noting that the difference between the average exchange rate set by the CBE and the monthly fixed customs exchange rate will lead to an increase in prices of different products, which will subsequently increase inflation rate.

“This decision was not studied well, and sent a message to the world that Egypt’s legislation and laws are not stable. It also means that another increase in the dollar price is coming,” Shiha stated.

He elaborated that the instability of legislation and laws negatively affects investments in Egypt, as investors will hesitate to make a feasibility study that might be changed due to any unexpected changes by the government.

Shiha also called on the government to provide a clear classification of essential and non-essential products.

Professor of Economics at Cairo University and Head of the Egyptian Forum for Economic and Strategic Studies, Rashad Abdo, agreed with Shiha that the government should provide a clear classification for both essential and non-essential products.

Unlike Shiha, Abdo said the decision will increase the state’s revenues that can be used to provide more financial support for poor people in Egypt.

We asked Abdo, if the Central Agency for Public Mobilization and Statistics (CAPMAS) calculated the inflation rate according to the essential or non-essential products, he stated that inflation has to be calculated based on the prices of all products in the market including the non-essential ones.

Abdo explained that the government made this decision before it would decrease the customs on cars, so the government had to find an alternative to face that decrease which could increase the budget deficit. About 90% of Egypt’s revenues comes from customs and taxes.

Economic expert Sherif El-Demerdash agreed with the previous experts that the government should classify the essential and non-essential products.

The government’s classification of essential and non-essential products was ‘unclear,’ giving an impression that the new customs exchange rate will be applied to most of the imported goods.

El-Demerdash added that this increase is estimated at about 15% will reach about 25% due to some customs procedures.

He continued that this 25% increase would be very effective, especially in capital goods.

He assured that this increase in the customs exchange rate will lead to a non-proportional increase in prices for end users, which will unfortunately lead to increased inflation.

Disagreeing with the previous experts, the Minister of Planning, Hala Al-Saied, stated that this decision will not negatively impact inflation.

She explained to DNE during her participation in the third economic conference for Al Ahram, that the rise in the dollar customs exchange rate will be applied on luxury goods, such as caviar and shrimp, which will not affect inflation. She noted that cars will have a full customs exemption starting by the beginning of the year.