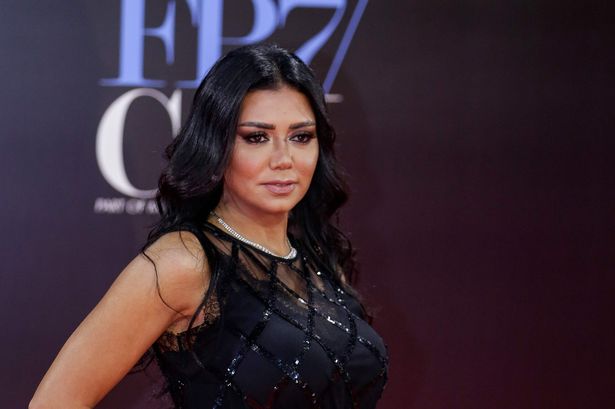 A number of lawyers filed a case against Egyptian actress Rania Youssef accusing her of committing lewd acts and inciting immorality for the dress she wore at the closing ceremony of 40th Cairo International Film Festival (CIFF), according to privately owned newspaper, AL-Shorouk.

Youssef appeared in the closing ceremony wearing a black transparent dress from the thighs, revealing a part of her bottom and legs.

The case, which to be looked at by the Misdemeanors court on 12 January, states that the “wearing such a transparent dress is an insult to all Egyptians and distorts the image of Egyptian women worldwide.”

It also added that by appearing in such a manner, Youssef is considered a bad influence and a threat to the female teenagers who look up to her as a model.

“Millions of teenagers might think it is normal to wear such cloths, which deduces young girls into following her footsteps and the way she presents herself,” the case reads.

The pictures of Youssef’s dress went viral on social media, causing a heat wave of criticism leading her to be the number one trend on Twitter.

For her side, Youssef said to private local newspaper, Al-masry Al-Youm that she understands the shock people are in, explaining that “appearing in daring looks is something usual in the international film festivals which the CIFF is considered one of.”

Youssef added that it is normal to be heavily criticised the way she currently is, asserting that “it will only take some time before it fades away.”

“You see superstars like Jennifer Lopez and Kim Kardashian and always get astonished by their courageous daring looks, is an Egyptian actress any less that that?!,” she asked.

While social media whirled topsy-turvy upside over the dress, some expressed their indifference of the way the actress appeared. Egyptian businessman Naguib Sawiris tweeted mocking the online dilemma that the dress caused.

“Wake me up when Palestine is stated as a country, Trump gets along with China and North Korea, and Al Ahly takes the championship,” he tweeted.