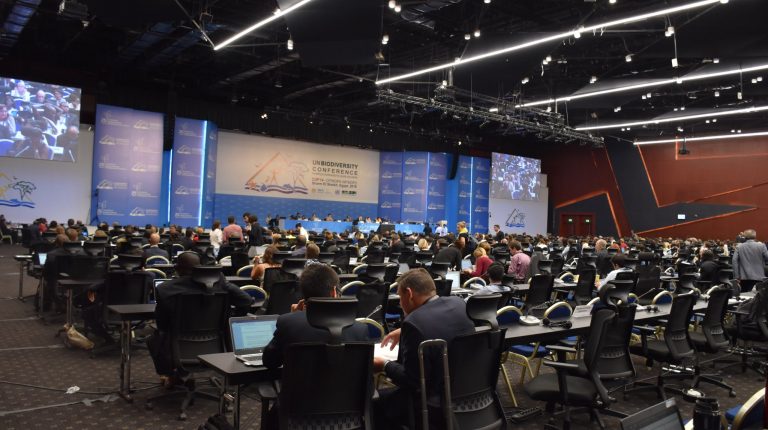 The 196 governments who are parties of the UN Biological Diversity Convention agreed on Thursday on an international agreement to reverse the global destruction of nature and loss of biodiversity threatening all forms of life on Earth, at the closing of the 2018 UN Biodiversity Conference of the Parties (COP14).

The governments agreed to take the needed measures to combat biodiversity and destruction of nature through accelerating actions to achieve the Aichi Biodiversity 20 targets, at the global, regional, national, and subnational levels, from now until 2020, by the end of Egypt’s presidency on the COP.

The COP14 on the Convention of Biological Diversity (CBD) was held in Sharm El-Sheikh, Egypt from 17 to 29 November under the slogan ‘Investing in biodiversity for People and Planet.’

The meeting also agreed on a comprehensive and participatory process for developing the post-2020 global biodiversity framework, anticipated to be agreed upon at the next Conference of Parties (COP 15) in Beijing in 2020. The framework aims to safeguard nature and biodiversity for decades to come.

In her speech in the closing ceremony of the conference, Egypt’s Minister of Environment Yasmine Fouad, announced the approval of the political declaration of the conference, and the post-2020 global biodiversity strategy, which includes the participation of the local communities, youth, and parties of the CBD.

The minister added that the conference witnessed—for the first time— the setting mechanisms for funding the commitments of the meeting. She highlighted that Egypt has fulfilled its commitment to materialise African concerns in the COP14.

Fouad also called on the UNGA to convene for a summit on biodiversity at the level of heads of state prior to the CBD COP15 in 2020, and for countries to complete the achievement of the CBD strategic plan before the end of this decade.

For her part, Cristiana Paşca Palmer, the executive secretary of the UN Convention on Biological Diversity, thanked the delegates for their work and their commitment at the meeting. Palmer laid out the scientific case that humankind is currently on an unsustainable path, which involves a continuing steep loss of biodiversity with cascading consequences for nature and for human society, including the global economy, the availability of food and water, human security, health and wellbeing.

“Nature is dynamic and interrelated— and so must be our response. We must move from the very real incremental change that we have created to a model that continues to push incremental wins while also fundamentally reaching for transformational change. As this COP shows, we have already begun this journey,” Palmer said.

During the final session, Egypt, China, and the secretariat of the United Nations Convention on Biological Diversity launched the Sharm El-Sheikh to Beijing Action Agenda for Nature and People to catalyse, collect, and celebrate actions taken in support of biodiversity conservation, and its sustainable use, according to the statement of the CBD secretariat.