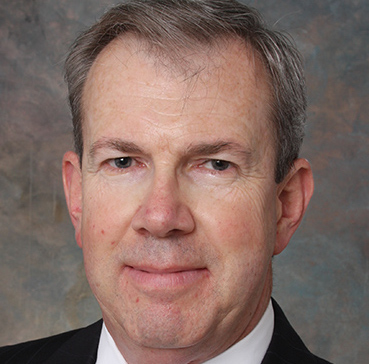 Boeing will highlight its business solutions at EDEX 2018 in line with its plan to expand its services in the Middle East and grow indigenous capabilities, Bernard J. Dunn, president of Boeing Middle East, North Africa, and Turkey (MENAT) told Daily News Egypt.

Boeing has a historic relationship with Egypt, Dunn added, affirming that the company’s cooperation with the Egyptian military began in 1979, when the Egyptian air force purchased two F-4 Phantom II fighter bombers.

“Our legacy with Egypt extends beyond a defence relationship that has spanned close to four decades. In fact, in 2016, Boeing and the country’s national carrier, EgyptAir, celebrated 50 years of partnership,” stated Dunn.

“The strength of the relationship and our support for the country’s aerospace industry makes us an ideal partner for EDEX 2018. Boeing is proud to sponsor the first defence exhibition in Egypt,” he added.

Operating as a third business unit of Boeing Global Services draws on the capabilities, skills, and resources from across Boeing’s services, defence, commercial, and technology teams to offer superior value to customers, elaborated Dunn.

As an integrated company, Boeing Global Services provides integrated service solutions that allow customers to optimise their expenses, achieve maximum asset utilisation, accomplish their missions, and get the most efficiency throughout the life cycle of their investments, indicated Dunn.

“We will have subsidiaries represented at the show including Insitu and Jeppesen and Tapestry. We will also have an F-15 simulator and several product models on display including the CH-47F, F-15E, AH-64E, Harpoon, and ScanEagle3,” mentioned Dunn.

The Egyptian military has used many Boeing products including Apache and Chinook helicopters, the Avenger short-range air defence system and the Harpoon missile systems since 1979, declared Dunn.

Between 1984 and 2011, the Egyptian armed forces (both air force and navy) procured 201 Harpoon missiles for air, ship, and sub-launched applications, mentioned Dunn.

The Egyptian air force first selected the AH-64A Apaches in the mid-1990s, and in 2000 Boeing received a contract to remanufacture Egypt’s Apache fleet to the AH-64D Apache configuration, said Dunn, adding that in 2010, Egypt ordered additional AH-64D Apaches for its defence forces.

In 2005, Boeing was awarded a contract for the sale of the Avenger fire units as well as associated equipment, spares, and logistics support, noted Dunn, adding, “This provided Egypt with two additional short-range air defence brigades of the Avenger fire units. Under a previous foreign military sales contract, Boeing delivered Avengers to Egypt from 2000 through 2004.”

In 2009, Egypt awarded Boeing a contract for a CH-47 Chinook helicopter, associated ground equipment, logistics support for use in support of its armed forces, disaster relief efforts, and joint exercises with US forces in the region, stated Dunn.

He rejected to mention any details about signing any new agreements on the sidelines of EDEX 2018, adding, “Boeing does not comment on ongoing discussions.”

Apache to keep sustainable investments in Egypt over next five years

India aerospace: ‘Nothing can stop us’