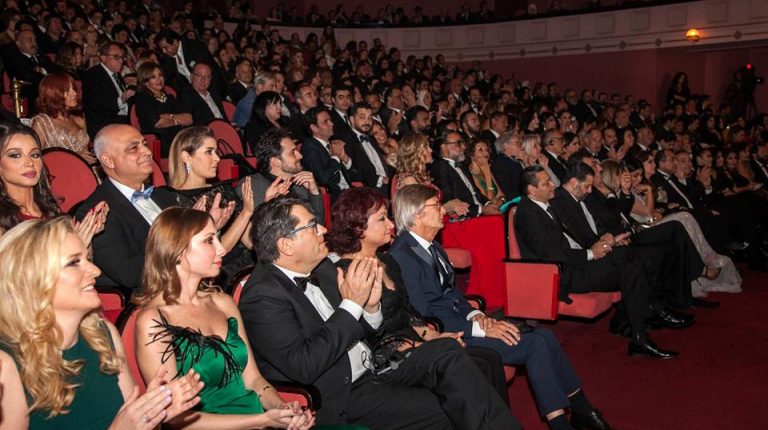 After enriching and interesting nine days of film screenings, discussions, masterclasses, workshops, and conferences, the 40th edition of the Cairo International Film Festival (CIFF) came to an end on Thursday with a closing ceremony where winners of various awards were announced.

Highly respected and prominent actor Mahmoud Hemeda took the stage, and stated that cinema is imagination’s living memory which is vital to humans. 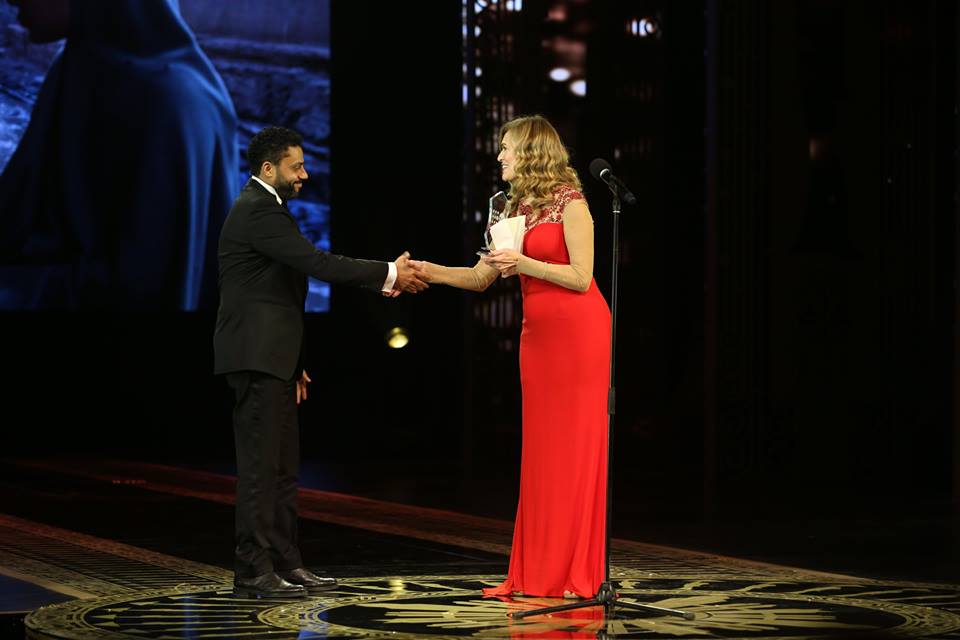 “Cinema is a sign of youth. Artists like me have been saying that we should support young people. This edition of the festival has a fine young man who is involved in the industry,” Hemeda added, referring to Head of the CIFF Mohamed Hefzy.

Hefzy asserted the importance of the CIFF for young independent filmmakers, as some festivals in the region are either closing, such as Dubai and Abu Dhabi film festivals, or not allowed to participate in them, such as film festivals in Qatar, due to political rifts.

“It affects the funds’ flow and support for independent filmmakers who will lack support in post-production or production phases,” Hefzy said, praising the festival for holding the Cairo Industry Days which gave out a total of $150,000 to filmmakers.

It is a positive step, he highlighted, amid the lack of state support towards cinema.

In Dark Chocolate, we follow a director who conjures up her beloved lover in France to his home on the island of Zamalek, to become the character of the movie that she is writing about his belonging to his island.

The Special Jury prize was given to More Raça’s She, which is a joint production between Kosovo and France. She follows the escape of a girl from an early marriage arranged by her father.

The Youssef Chahine prize for Best Short Film was awarded to Brotherhood, which is a joint production from Canada, Tunisia, and Sweden. Brotherhood follows Mohamed who is a hardened shepherd living in rural Tunisia with his wife and two sons. The film captures the tension between father and son that rises over three days until reaching a breaking point.

The International Film Critics’ Week also announced its prizes. The Fathy Farag prize for Best Artistic Contribution was awarded to the Lebanese Erased, Ascent of the Invisible, directed by Ghassan Halawani.

As for the Shadi Abdel Salam prize for Best Film, itwas awarded to Milko Lazarov’s Aga produced jointly by Bulgaria, Germany, and France.

Horizons of Arab Cinema Competition, which included eight selected films giving the audience an overview of the horizons of new Arab cinema of our present time. Mohamed Qablawy, founder and manager of the Malmo Arab Film and head of the jury, said that choosing the winners was difficult because there were several good films, but only two awards.

The Saad Eldin Wahba prize for Best Arab Film was given to Fatwa by Tunisian filmmaker Mahmoud Ben Mahmoud. Fatwa tells the story of Brahim who is a Tunisian residing in France, who returned to Tunis to bury his son, who was killed in a motorcycle accident. He finds out that young Marouane was active in a radical Islamist group.

Ben Mahmoud said that he wished to see the film in the screening halls as the topic of terrorism and fundamentalism are serious issues that Arab Muslims across the world are currently facing.

The newly founded Best Arab Film prize worth $15,000 was presented by TikTok website. The award was given to Poisonous Roses.

The International Federation of Film Critics (FIPRESCI) award, named after prominent film critic Samir Farid, was given to Álvaro Brechner’s A Twelve-Year Night.

Finally, the International Competition of the festival started with presenting Best Artistic Contribution prize for Vietnamese The Third Wife by Ash Mayfair. The award was presented by the Egyptian Producer Mohamed Al-Adl and was received by the Vietnamese ambassador in Egypt.

The film’s incidents occur in the 19th century rural Vietnam, as the 14-year-old May becomes the third wife of wealthy landowner Hung. Soon she learns that she can only gain status by proving herself as a woman who can give birth to a male child.

The Naguib Mahfouz prize for Best Script was presented by prominent Egyptian screenwriter Mostafa Moharam. It was awarded to Birds of Passage directed by Cristina Gallego and Ciro Guerra, and the film’s script was written by Maria Camila Arias and Jacques Toulemonde Vidal. The film documents the true-to-life rise and fall of rival Wayuu clans in northern Colombia.

The prize for Best Actress was awarded to Hungarian Zsófia Szamosi for One Day directed by Zsófia Szilágyi. The award was presented by Syrian actor Bassel Khayat.

The prize for Best Actor was presented by young Egyptian actress Amina Khalil. It was awarded to Sherif Desoky for his role in EXT. Night which was directed by Ahmad Abdalla El-Sayed.

EXT. Night narrates a story about class, gender, and corruption in Egypt’s post-2013 Cairo. Sherif Desouky plays a frustrated taxi driver who joins the other two characters into an interesting one-night journey in Cairo.

The Bronze Pyramid for Best First or Second Work of A Director was awarded to British Obey, which was directed by Jamie Jones. The film award was presented by Egyptian producer Gaby Khoury.

Khoury demanded that the state support and fund films as was the case in the past.

The Golden Pyramid for Best Film was awarded to A Twelve-Year Night which was directed by Álvaro Brechner. The film takes place in Uruguay in 1973, when it was governed by a military dictatorship. The film follows the story of Tupamaro prisoners where they were taken from their prison cells in a secret military operation.