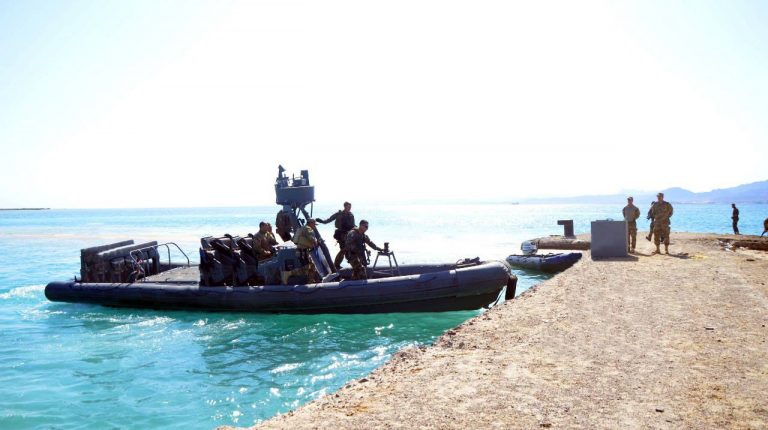 Egyptian and French naval forces carried out joint military drills on Sunday at a military base in the Red Sea, according an Egyptian army statement.

The drills were conducted with the participation of the French battleship (Courbet) and other combat ships from the Egyptian naval forces.

Several activities were conducted including confronting terrorism and naval security threats, as well as protecting vital targets against non-traditional threats.

In July, Egypt and France conducted joint exercises in the Red Sea. In February, they also launched the Cleopatra 2018 naval exercise to boost security in the Red and Mediterranean Seas.

In March, the two countries also carried out military drills as part of their military cooperation.

Egypt is keen on enhancing its military defence and exchange expertise with its brotherly countries in order to combat terrorism, and secure its borders.

The Bright Star 2018 drills returned last September with the participation of the US military and the Egyptian armed forces, as well as the armed forces of other participating countries at the Mohamed Naguib Military Base.

The first Bright Star exercise was in 1980 following the signing of the Camp David Accords in September 1978.