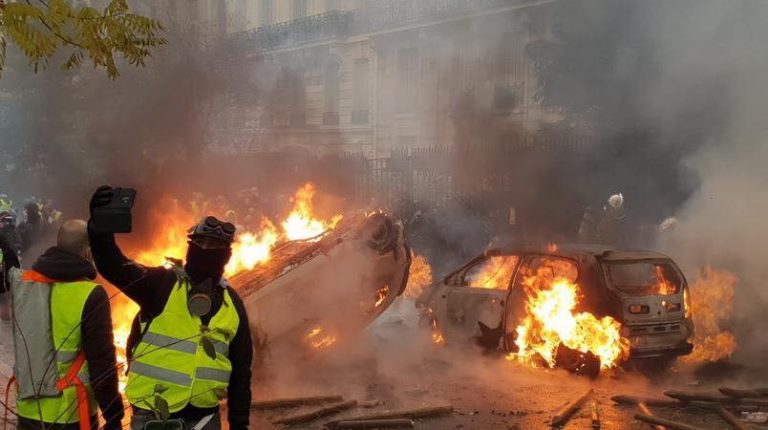 The French government could impose a state of emergency in the country after “Yellow Vest” movement protests soared in Paris causing severe damages in the city’s main streets on Saturday.

“We have to think about the measures that can be taken so that these incidents do not happen again,” French media outlets quoted the government spokesperson, Benjamin Griveaux.

More than 65 people including 11 police personnel were injured on Saturday during the disturbances in the French capital and some other cities.

The “Yellow Vest” protests erupted two weeks ago with photos and news of clashes going viral on social media. The movement was dubbed ‘Yellow Vest’ because many of its participants wear yellow fluorescent safety jackets.

Over 75,000 demonstrators took to the streets across France on Saturday, according to the French interior ministry. In order to end the riots, French police used tear-gas against the protesters who tried to break through security cordons at the Champs Elysees street in Paris. French police arrested 16 individuals.